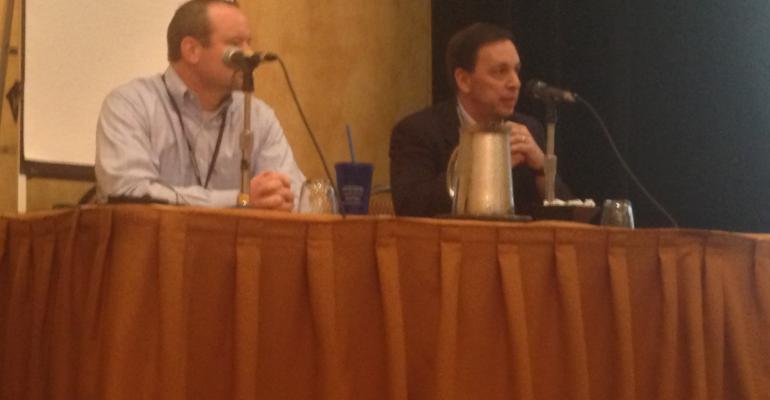 Some clients just aren't profitable. As much as advisors want to help everyone, they need to maintain practice profitability. A Michigan firm recently has started the process of culling its client base, shedding 75 out of a 250 goal.

It started when Brent Kerstetter of Sanford Financial Services realized that the firm needed to get its arms around our profitability and the total number of clients it served. Located in Portage, Mich., Kerstetter said that because of the nature of the community—which is not as wealthy as some bigger city, niche practices—they maintain 700 client relationships.

“We have a lot of clients, whether that’s good or bad, that’s the way it is,” Kerstetter said during a panel discussion at Raymond James advisor conference in Dallas. But the question comes in: how to do you manage it efficiently?

“If we sent all these out the door tomorrow, we lost revenue,” he says. “I’m trying to replace this relationship with another.”

So whom do you keep and whom do you toss? Reviewing the firm’s customer account transfer form history turned up some interesting—and helpful leads. The group leaving the firm at the highest rate was clients between the ages of 50 and 60. While hardly surprising, Kerstetter says that demographic was likely to be profitable if not currently, then in a few short years.

But for clients who don’t make the cut, showing them the door can be hard. “Everyone deserves the opportunity to have financial planning done for them. They need the advisors out there to take care of them,” he says. “At the same time, we have a clientele that’s paying us.” And frankly, those clients who are profitable deserve more than a client who isn’t pulling their weight, Kerstetter says.

“We have to be very, very diplomatic on how we do this,” he says. “I’m not saying the process is easy, there’s no magic bullet.”

Have a plan in place before the meeting or call. Kerstetter says their firm is looking to transition clients to at some sort of platform outside—such as Schwab, Vanguard or Fidelity. But he says they’re struggling there with some of the compliance issues.

More importantly, allow the client to maintain their dignity.  Kerstetter says he’s started these conversations by shifting the responsibility to the firm “we’re not doing much for you” or “the cost of doing this is probably not appropriate for you.”

For more seasoned advisors, it becomes more difficult, says founder Todd Sanford. But clients get it, he says, adding that he recommends sending a nice follow-up letter after the conversation.