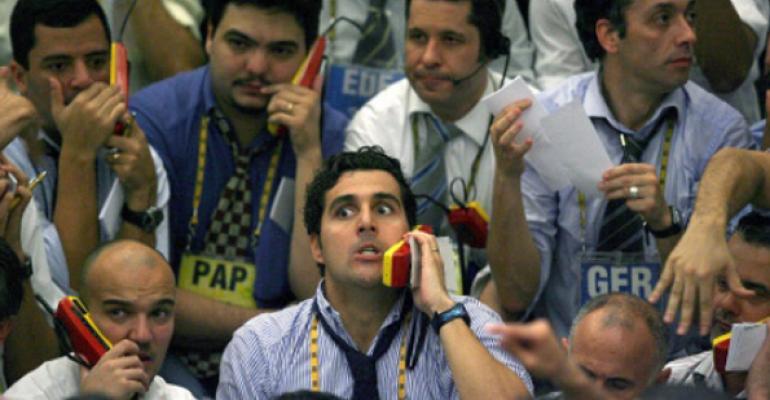 The Blotter Report: Some Strong Responses

It’s safe to say Morgan Stanley is more than a little displeased when a trio with over $229 million in client assets defected to Stifel Nicolaus earlier this month. The wirehouse asked an Idaho judge for a restraining order against its former employees that would prohibit them from encouraging other employees to join Stifel.

Morgan Stanley—which launched its suit against former office manager Michael Armon and two other advisors on May 17—is also seeking the return of client documents the former team allegedly took with them, according to federal court filings.

The former CEO of commodities brokerage Optionable Inc. continues to face consequences for participating in scheme that allegedly defrauded the Back of Montreal. Kevin Cassidy agreed to pay a $1 million fine to the CFTC on Thursday for violating anti-fraud provisions of the Commodity Exchange Act, a month after a New York federal court sentenced him to 30 months in prison.

Lee—who agreed to pay a $500,000 CFTC fine in 2009—plead guilty to counts of wire fraud, conspiracy and related charges in November 2008, has not been sentenced yet for his role in the operation.

Banned from the Biz

FINRA barred former PFS Investments’ broker with any member in any capacity after a former client came forward alleging the Phoenix-based advisor misappropriated over $200,000.

Huel Cox Jr. allegedly recommended a various real estate investments to a customer of the firm. But when the customer handed over a series of checks totaling approximately $206,400 from August 2005 to November 2009, Cox allegedly pocketed the money instead of investing the funds in the recommended ventures.

Cox consented to FINRA’s suspension on Thursday, after the Arizona Corporation Commission in February revoked the advisor’s securities license and issued a $95,000 fine.

After failing to respond to an investigation, FINRA issued a default judgment against a former advisor on Wednesday.  A former client claimed in April 2011 that Ronald Lyle Johnson—who worked for LPL between 1990 and 2007—borrowed $120,000, but repaid less than $20,000 on the loan.

Johnson neither informed LPL of the loan, nor sought approval for it, in violation of firm policy and conduct rules, according to FINRA. But when the regulator opened an investigation into the matter, Johnson failed to respond to repeated requests.

After his termination from LPL, Johnson worked for H.D. Vest Investment Services until February 2011, when he was fired again, this time for failing to complete firm-required continuing education. The Texas-based advisor is not currently employed with any broker-dealer, FINRA says.