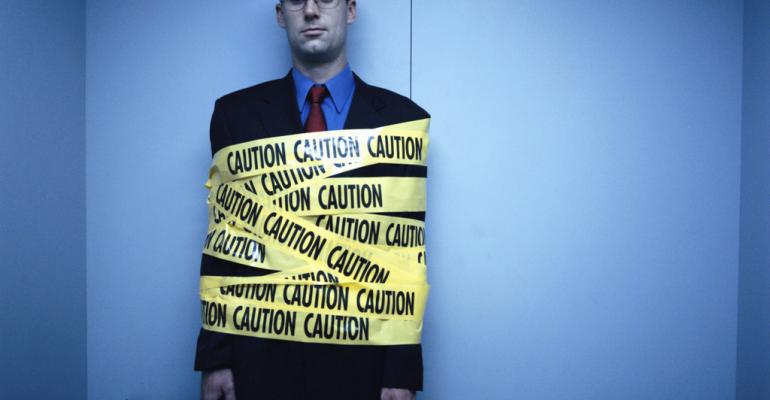 The Blotter Report: Paying the Consequences

Several advisors found out this week that there's a steep price to pay for their actions. Another major player in Walls Street's latest insider-trading ring got hit with a steep prison sentence, while other advisors at NFP and NEXT Financial are facing FINRA sactions and jail time for their alleged misdeeds. And a SSN advisor paid a heavy price to switch firms without wrapping up the loose ends at UBS.

How the Mighty Fall

The founder of the hedge fund advisory firm Level Global Investors landed a six and a half year prison stay and a $5 million fine on Monday for his participation in a widespread insider trading ring. Prosecutors allege former portfolio manager Anthony Chiasson was part of a “criminal club” comprised of portfolio managers and analysts from Diamondback and Level Global that implemented an insider-trading scheme involving Dell and Nvidia securities.

NFP Securities is facing FINRA arbitration after one of its advisors invested an elderly couple’s savings in a fund that was later targeted by the SEC for hiding its poor financial condition.

A 50 year-old investor filed the complaint against the firm and financial advisor Lawrence Adamo to recover $750,000 of his late parents’ savings. Adamo allegedly invested a major portion of the couple’s retirement savings into risky funds and private REITs, instead of conservative investments, according to Zamansky & Associates LLC, the firm who filed the complaint on behalf of the investor.

Additionally, the advisor failed to complete proper due diligence—investing their savings into the Hennessey Fund, which later became TrueNorth Finance, which was sued by the SEC.

A former NEXT Financial Group broker had faced the music last week as he pled guilty for acting as a middleman in a bribery scheme to sell stock in a Nevada company. York, Pa.-based Christopher Kline participated in his client’s scheme to bribe to a financial advisor to recommend investors purchase G&S Minerals stock.

Kline’s client William Curtis—who was sentenced to three years probation and a $200 fine in 2010—agreed to pay secret cash bribes to an undercover FBI agent posing as a financial advisor. Curtis paid the undercover FBI agent 30 percent of any orders for G&S stock placed, while Kline received a 10 percent kickback for funneling the stock through advisory accounts.

Kline could face up to 25 years in prison and a $5 million fine for his participation in the scheme, prosecutors said last week. He is scheduled to be sentenced in September.

Careful How You Jump Ship

A former UBS broker found out the hard way that the wirehouses don’t like losing advisors to independent broker-dealers. An arbitration panel ordered Nicholas Yrizarry—now with Securities Service Network—to pay $1.8 million to his former employer.

UBS claimed Laguna Beach-based Yrizarry owed the firm $1.5 million on five promissory notes ranging from April 2010 to April 2011, while the advisor argued the firm interfered with his client relationships.