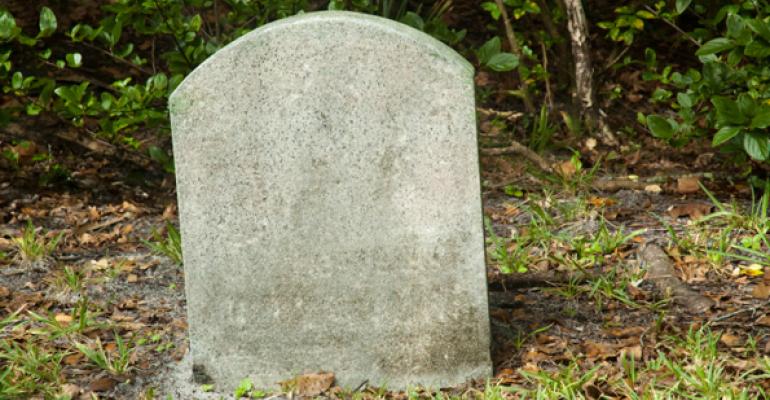 If you’re telling clients they need to have a plan to pass assets on to heirs, you better be thinking about your own. Advisors routinely put succession planning on the back burner says Raymond James’ director of practice planning and acquisitions Patrick Jinks.

About half of all Raymond James advisors have some sort of succession plan in place. But the firm is on a mission to boost that number. For most advisors without a plan, it’s psychological, says group manager Sarah Cray. “It’s on their minds, but you don’t think of something bad happening to you,” Jinks says.

But it’s an important element to any practice, especially when planning for a catastrophic event. Under FINRA rules, commissions and advisory fees are not permitted to pass to a nonregistered spouse in the event of an advisor’s death or disability. “Once I explain to the spouse what happens, you really get some much more accelerated timeline for getting that done,” Jinks says.

In fact, Jinks says the regions with the most succession plans on file are ones that, in the past, have had advisors pass away without any plan in place. Sometimes, pain will cause advisors to get into action on this, Jinks says.

One recent example of the process can work well came when an advisor in his 40s suddenly passed away last month while out with a jog, Jinks says. The advisor had a catastrophic succession plan on file. Letters were sent to clients notifying them of the successor and branch operations moved forward. “He was prepared,” Jinks says. “It takes such a burden off the family. You don’t want to leave behind a mess for the family to clean up.”

And for those advisors who do have a plan, Cray says that it doesn’t end there. “This isn’t something that you write and then it’s done,” she says. “It should be a fluid document.” Cray says that one of the biggest challenges is educating advisors that once they write out a succession plan, they’re not set forever, updates and revisions as the practice grows are key.

Like visiting the dentist or going to the doctor, advisors should think about updating their succession plans at least once a year, Jinks says.