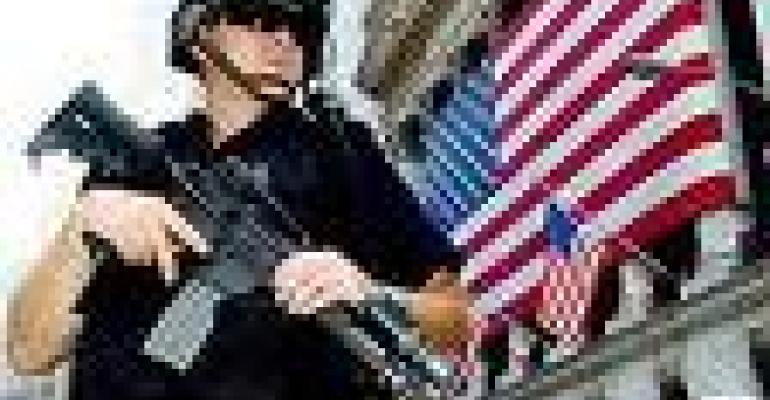 The New York Post reported yesterday that Blackstone, one of the world's most respected asset managers, may have been blackballed by angry city police pension-fund officials because of comments one of its executives made about the generous pension benefits the NYC police union enjoys.

According to the NY Post, Blackstone lost out on a $150 million pension-fund investment because Byron Wien, now Vice Chairman, Blackstone Advisory Partners and a long-time investmet strategist for Morgan Stanley, "told clients during a Webcast [in January 2010] that state and local workers' retirement benefits 'are very generous, too generous . . . We literally can't afford the benefits we have given our retirees in state and local governments.'"

Says the Post, "The police-union funds said, 'Screw Blackstone because of [exec] Byron Wien's comment,' a source said." The piece of the pension was awarded instead to Permal Group to invest in hedge funds.

This doesn't surprise me in the least. Public employee unions have long enjoyed sweetheart deals that workers in the private economy don't get. The net present value of the U.S. government's future promises is nearly $60 trillion, according to the Peter G. Peterson Foundation. (Peter Peterson was a founder of the Blackstone Group.) Our children are either going to become tax slaves or revolt---as Wisconsin and Ohio and other states are already doing, revolting against the public employee union sweetheart deals. Promises will be broken. Or we'll be bankrupt tax slaves. Oh, and if the allegations be true, that's surely no way to pick an asset manager---using revenge as a tool.

By the way, we interviewed Wien in March of last year, "Still a Contrarian After All These Years."