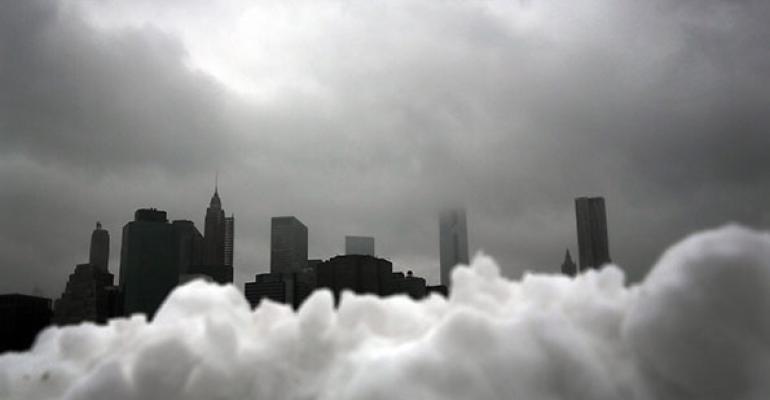 Advisors Able to Work Through Brutal Winter, Thanks to the Cloud

Spring officially begins Friday evening, but this winter isn’t going to go out quietly. After months of bitter cold and record-breaking snow fall, another storm has brought winter advisories and threats Friday of several more inches of snow to 32 million people in eight states in the Northeast.

Not long ago, this could have crippled most wealth management firms, with snowed-in advisors having no way to get to the office to manage portfolios, monitor trade activity, approve check requests, or really do any of the daily tasks of the job. But in 2015 it was mostly business as usual, thanks to cloud-based technology allowing advisors to access everything they need with just an Internet connection.

Dan Kern, the president and chief investment officer of Advisor Partners, an asset management firm with locations in both San Francisco and Boston, said that between road closures, train service suspensions and subway outages, his firm would have shut down if a storm like this hit 10 years ago.

“It was much harder to work from home; much harder to do what you needed to do without access to your office,” Kern said. “Now I basically carry a virtual office with me at all times.”

Kern said clients have every reason to demand access to their financial information at all times, regardless of the weather. During the winter, Kern's team used Azure, Microsoft’s cloud service, for everyday applications, Salesforce for CRM, and various online investment technologies like Morningstar and Orion to create trades, raise money, access client records and legal documents, and put clients’ money to work from their homes.

Even when the weather is nice, the technology allows him to keep working while traveling between his bi-coastal offices.

“I was on a flight this morning from Boston to San Francisco, and one of our clients had moved assets and cash into his portfolio. I was able to sit on the plane and create trades for him… Sell some of the things that I needed to sell and kick off the process to buy replacement securities,” Kern said.

When Mark DeLotto joined Massey Quick, a wealth management firm in Morristown, N.J., in 2007, almost everything in the office depended on desktop software. The firm upgraded over the following year, and DeLotto said it helped them survive through Hurricane Sandy in 2012. Now, all of Massey Quick's critical systems are in the cloud. There are still logistical challenges like printing and copying, but portfolio management is online, custodians have websites to see balances and trade activity, and Massey Quick recently signed up with Salesforce, replacing its last piece of desktop software.

“All employees here, including our interns, have encrypted laptops,” DeLotto said. “If there’s ever a situation in the building, or we expect weather issues like snow or Sandy, we just instruct everyone to grab and go.”

The solutions aren’t perfect, as big storms can still knock out electricity and Internet connectivity along with it. An increasing reliance on online solutions also increases a firm’s vulnerability to hackers. Both firms named cybersecurity as a top priority.

“I know that we’ve got a great tech team that does everything to protect client data, but we’re living in an increasingly insecure world,” Kern said, adding that Advisor Partners use several layers of password authentication, keep sensitive information on a virtual private network, and keep core systems in a protected server in California. Still, it remains Kern’s “number one” concern.

“If companies with the tech budgets of a Target can get hacked and parts of the government can be hacked, then a boutique investment firm is not immune to the risk associated with hackers,” Kern said.