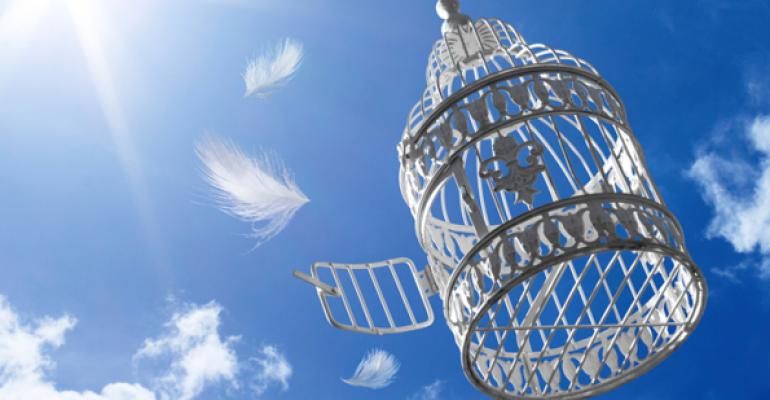 Breakaway advisors are expected to increase the independent channels’ market share by 38 percent through 2016, according to Cerulli Associates.

"We anticipate the registered investment advisor and the dually registered channels are going to be the beneficiaries of advisor movement," says Kenton Shirk, associate director at Cerulli.

The dually registered channel in particular is expected to grow its market share by 3.3 percent through 2016. Cerulli estimates the channel will have $1.4 trillion in assets in 2014, up from the reported $1.1 trillion in 2012. This channel is particularly appealling for advisors moving from a wirehouse or independent broker-dealer who have a legacy commission buisness. The hybrid, or dually registered channel allows both fee and commission-based relationships.

"Across the advisor industry, there is a strong desire for independent operation and ownership. The draw of autonomy, combined with the trend toward fee-only relationships, has enhanced the appeal of the independent channels," Shirk explains.

On the flip side, the wirehouse and independent broker-dealer channels are expected to lose 4.5 percent and 2.7 percent of their market share, respectively. In 2012 alone, Cerulli estimates the wirehouses lost $74 billion because of advisor movement.

Yet despite the upheaval, Cerulli predicts the wirehouses will maintain their lead by growing to nearly $6 trillion by 2016.