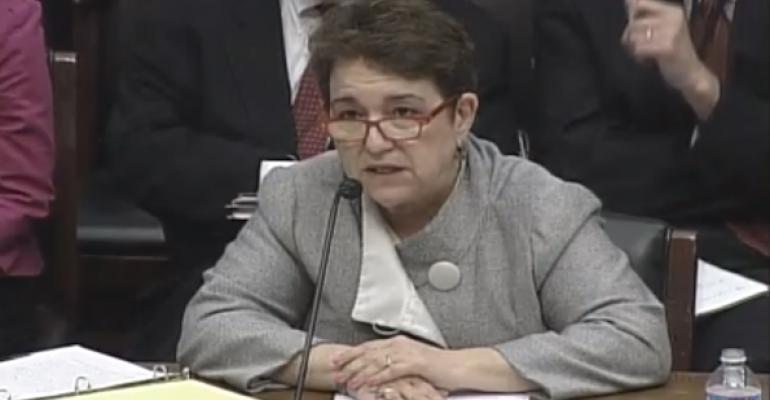 Accredited Investor Definition Not Up To Par, Says Walter

Further, she said, in order to adequately protect investors following the implementation of the JOBS Act, which in part would allow hedge funds to advertise to retail investors for the first time, the SEC will need to expand the oversight and enforcement capabilities—a task that the agency is underfunded to carry out.

Walter said that while the statute was straightforward, but that there were concerns that easing the general solicitation ban would increase the number of investors buying sophisticated investments that they did not understand, even if those people qualified as so-called "accredited investors."

“The accredited investor provision—as it stands now—does a poor job of screening out people who are unsophisticated,” Walter says. “I firmly believe that the definition is too broad.”

The litmus test of investor sophistication, as it stands, originates with Rule 506/Regulation D, an regulation that created a threshold at which investors with over $1 million in investable assets or $200,000 in annual income for the previous two years ($300,000 for joint income) are considered "sophisticated" and eligible for accreditation - meaning appropriate candidates for sophisticated, or riskier, investments like hedge funds.

The acting chairman was particularly worried about pre-retirees, who Walter described as ripe for the plucking in fraud schemes, especially as they usually meet the $200,000 income or $1 million investable assets requirements because they’re at the height of their accumulated savings.

The current definition becomes even more troublesome in light of rulemaking that would allow hedge funds and other formerly private investments to place public ads and solicit investments from the general public if they qualify as an accredited investor.

“All it has to be is an investor with the right numbers who answered an ad on the Internet,” Walter said, explaining her concerns. “We need to do rulemaking responsibly,” she added.

Instead of the current standards, Walter suggested that alternate criteria should be considered, including a measurement of the amount an individual already had invested. “Financial literacy in this country…is not what it should be,” Walter said, echoing others' arguments that more money does not always equal financial smarts.

If, in fact, the agency determined that the net worth and annual compensation levels needed adjusted, Walter only said that the amounts should be “relatively high,” noting that the current requirements were set in the 1980s.

Walter told Joe Heck (R-Nev.) that under Dodd Frank, the SEC was given the authority to revise slightly the definition, but not in regards to the net worth amount requirement until 2014. Further, Walter noted that the agency recently started a process to review the definition.

Whether or not that definition will be released before the JOBS Act rule remains to be seen.