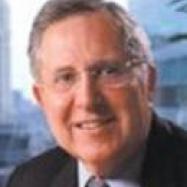 Mr. Adams conducts an extensive national and international practice in the areas of estate and tax planning and administration, advising individuals and major families on wealth transfer techniques at Federal and state levels and private foundations and public charities. He lectures nationally and internationally and is a greatly sought-after speaker. He has frequently and successfully served as an expert witness, defending lawyers, accountants, banks and others who have been improperly accused of wrongdoing. He is admitted to practice in the states of New York and Illinois.

Mr. Adams is Professor Emeritus of Estate Planning and Taxation at Northwestern University School of Law where, for over 25 years, he has taught estate planning and taxation. He has received Northwestern University's Alumni Merit Award for his outstanding professional achievements. Mr. Adams also serves as a member of the Tax Advisory Boards of the Museum of Modern Art and of Lincoln Center for the Performing Arts, both in New York City.

Mr. Adams is a member of the distinguished teaching faculty of Cannon Financial Institute, and is also a Senior Consultant to Cannon's management. He contributes extensively to internet publications through a joint venture with Cannon, and leads special professional education seminars and monthly telephone conferences, as well as web-casts and satellite broadcasts, on sophisticated but practical estate, trust and business succession planning and administration topics.

Mr. Adams is a Fellow of the American College of Trusts and Estates Counsel and is listed in "Best Lawyers in America." He has received high national recognition by Chambers USA in the practice area of Wealth Management and Trusts & Estates and is further acclaimed as a "New York Super Lawyer." Mr. Adams has been conferred "Best Lawyer" status by The American Lawyer. He is Special Consultant to Trusts & Estates Magazine, for which he writes a bimonthly column as well as a highly acclaimed quarterly column on tax fundamentals. He often contributes a column on estate planning, designed for the brokerage community, to Registered Representative Magazine, and articles on estate planning to Financial Advisor Magazine. His newest book, 21st Century Estate Planning: Practical Applications, was first published by Cannon Financial Institute in 2002, is revised each year, and has received great acclaim, particularly for its innovation, creativity and practical advice. The 2006 Edition has also been well received.

Mr. Adams has authored a two-volume text, Illinois Estate Planning, Will Drafting and Estate Administration, and has been a Contributing Editor toUnderstanding Living Trusts. Another of his popular publications is entitledWit & Wisdom – the Best of Roy Adams.

Who's the Boss?
Mar 01, 2011
In my early years of practice (almost 30 years ago), I was fortunate to represent an outstanding young couple, Jack and Mary. When we first met, they had been married about seven years and had five young children...
The $52 Million Lunch
Feb 01, 2011
Funny things happen in the practice of law. This column will share some of them from over 30 years of my practice with clients all over the world. On a cold winter day in Chicago, I met my client in the lobby of one...
Non-tax Issues in Estate Planning
Jan 01, 2011
Like you, I always knew non-tax issues in estate planning were important. But I never realized how important. With the chaos in 2010 on the tax side of estate planning and the virtual inability to offer certainty...
Note From Roy Adams
Mar 01, 2010
Every once in a while in our professional lives something unusual and very satisfying occurs. This was the case eight years ago when Rorie Sherman took on the responsibility of being Editor-in-Chief of Trusts &...
Arghhhhhh!
Jan 01, 2010
Here we sit like birds in the wilderness, birds in the wilderness. Here we sit like birds in the wilderness, waiting to be fed. Waiting to be fed. Waiting to be fed. Here we sit, like birds in the wilderness, waiting...
Welcome To Your Nightmare
Jan 01, 2009
The evil eye of Congress, much like the eye in The Lord of the Rings, is focusing on Middle Earth and Middle Earth is us. Rumors abound about the details of massive new tax legislation. We will see the much-awaited...
Boulware Yipee! But Remember Lurie
Jun 01, 2008
For the first time, the U.S. Supreme Court has asserted that it not only believes in the taxpayer rights enunciated more than 70 years ago by Judge Learned Hand but also that the court embraces this position even more...
New Reality of Transfer Tax Returns
May 29, 2008
The Internal Revenue Service released Notice 2008-13 on Jan. 2, 2008, to provide interim guidance on the application of tax preparer return penalties put in place by The Small Business and Work Opportunity Act of 2007.
The Changing Face of Compliance
Jan 01, 2008
We have all witnessed government overregulation of medicine. Doctors with whom I consult personally and on behalf of clients tell me that physicians are no longer in charge of their practices. Regulators tell them how...
Burdens
Jan 01, 2007
With continuing confusion about transfer tax repeal or reform, estate planners have at least one constant and true certainty: compliance. Recently, requirements have increased dramatically, adding to the growing...
Load More