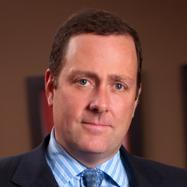 John O. McManus is the founding principal of McManus & Associates in New York City. John received his Bachelor of Arts degree in political science and philosophy from Fordham University where he was awarded membership in phi sigma alpha for excellence in his major field of study and received his Juris Doctor from Fordham University School of Law. He practiced law for five years with the Wall Street law firm of Dewey Ballantine and with the national law firm of Jones, Day, Reavis & Pogue, with a concentration on estate planning and real estate transactions. In 1991, he formed his own firm representing individuals and families around the country and the globe who, through diligence and commitment, have achieved success in many aspects of their lives. Mr. McManus participated in several estate planning and bar associations including a board membership on the Northern New Jersey Estate Planning Council where he recently completed his term as President of the Council. John also served on the Committee on Estates, Trusts and Surrogate’s Courts of the Bar Association of the City of New York and the Committee on Real Property, Probate and Trusts of the American Bar Association. Furthermore, Mr. McManus is a member of the prestigious Society of Trust and Estate Practitioners and the European American Chamber of Commerce in New York. After 10 years of receiving Martindale Hubbell’s highest rating (AV) as a practicing attorney, he was named to the National Bar of Preeminent Lawyers. Mr. McManus was also named by Avenue Magazine as one of the top trusts and estates attorneys in the New York City area. He is regularly invited by financial institutions and accountants to speak on current estate planning topics and continuing education requirements within the estate planning industry and is regularly quoted in such well-known publications as the Wall Street Journal, New York Times, Forbes and Trusts & Estates magazine. Mr. McManus is admitted to practice law in New York, New Jersey and Connecticut. John is also actively involved in his community as the Chairman of the St. James Church Financial Advisory Committee overseeing 3,000 families within the parish, as Vice Chairman of the Board of the Somerset County YMCA whose facility is recognized as one of the largest and most successful in the nation, as a member of the Advisory Board of the Sisters of Christian Charity, and through his support of The Pingry School Parents Association, supporting the school his children currently attend. Some of John’s personal interests include mountain biking and RV travel through the National Parks.

Five Estate Planning Tips that Remain Relevant Regardless of Shifting Political Winds
Jul 18, 2018
Add them to your clients' to-do lists.