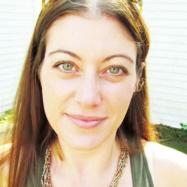 Ali Hibbs reports on all things RIA and M&A for Wealthmanagement.com, as well as the ecosystem of supporting businesses. Originally from Texas, Ali covered local and state politics in New York’s Capital District before moving to New York City in the middle of a global pandemic. She now lives happily in Brooklyn with her cats Simon and Oliver.

Sanctuary Wealth Accelerates M&A Activity with 2 More Deals
Jul 11, 2022
One acquisition will bolster Sanctuary's retirement plan offerings, while the other will add $150 million in assets under management in Arkansas.

Savant Embarks on Expedited M&A Strategy
Jul 06, 2022
Savant Wealth Management has initiated the next phase of an accelerated five-year growth plan with the acquisition of Virginia-based Alliant Wealth Advisors.

Advisory Firms Respond to Roe Rollback
Jun 29, 2022
National wirehouses have been drawn into the political fallout from the SCOTUS decision to return the issue of women’s reproductive rights to states. Independent firms, with few exceptions, have been more muted in...