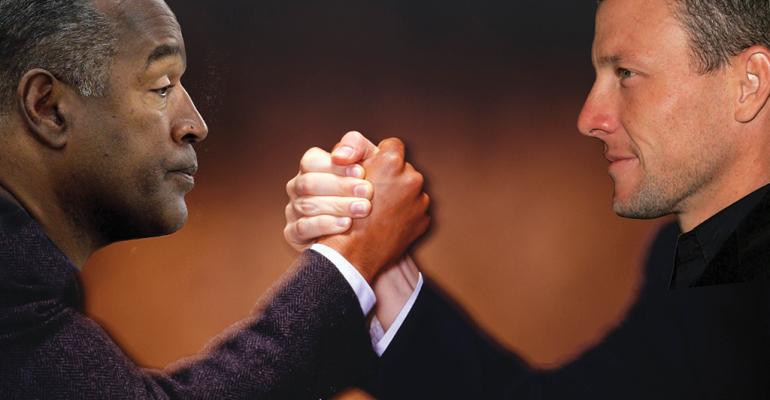 How O.J. Simpson and Lance Armstrong Protected Their Millions

The potential legal advantages of keeping a portion of your net worth in a retirement plan are extremely compelling, regardless of your age.

The Nevada Board of Parole Commissioners voted unanimously to grant O.J. SImpson parole Thursday afternoon. He could be released as soon as October 1, 2017. In honor of The Juice once again being loose, we decided to rerun this popular piece of archived content.

While the tax deferral benefits of 401(k) plans and traditional IRA accounts are well known and widely discussed, the asset protection benefits of retirement assets receive less attention.  The potential legal advantages of keeping a portion of your net worth in a retirement plan are extremely compelling, regardless of your age.  In the event of a personal bankruptcy or legal liability, certain retirement assets can remain protected from creditors.

The protection of retirement assets has played out in several real-life examples.  In 1997 O.J. Simpson was found liable in civil court for the deaths of Ronald Goldman and Nicole Brown Simpson.  As a result of the court’s verdict, Simpson was ordered to pay over $33 million in compensation to the Goldman and Brown families.

Cyclist Lance Armstrong has fallen hard after admitting to doping while winning seven Tour de France titles.  With an estimated net worth of $125 million, mostly from sponsorships and endorsements, Armstrong has faced several lawsuits from entities seeking to recoup their payments to Armstrong, including the U.S. Government and the U.S. Postal Service.

The New York Times has noted that Armstrong had done a lot of asset planning in his career, including establishing trusts, to help shield his assets.   While much of his net worth is still potentially exposed to the claims of creditors, Armstrong’s retirement assets are likely at least partially shielded from creditors’ claims.  While the lawsuits remain ongoing, his retirement assets will likely stay out of reach from the courts.

Upon retirement, an employee has two main options of what to do with their 401(k) assets.  First, most employees can have their 401(k) investments remain in the existing plan and thereby receive the same 100% protection from creditors.  The second alternative is for the employee to transfer the 401(k) balance into a rollover IRA.  If this rollover IRA holds assets only from an employer-sponsored plan--and is not commingled with personal contributions to the same IRA-- the protection from creditors is also unlimited.

However, the level of protection from creditors is much different for other two types of IRA accounts: 1) IRAs that are comprised only of traditional IRA contributions, and 2) IRAs that are comprised of both rollovers over from an employer plan and assets from personal IRA contributions (“commingled” IRAs).  A 2005 law determined that assets in these two types of accounts would be protected at a maximum of $1 million.  Because the $1 million limit has been adjusted for inflation, the protection today for traditional and “commingled” IRAs is $1,245,475.

Investors understandably like to simplify their financial lives by having fewer, versus more, accounts.  However, caution should be exercised before rolling over assets from employer-sponsored plans into an IRA that also holds personal contributions.

Protection from legal liability is another important issue and is even less frequently discussed than personal bankruptcy.  In the event that someone is found liable in a personal-injury lawsuit, the majority of their assets would be accessible and subject to confiscation by creditors.  Employer-sponsored plan assets, including 401(k) assets and rollover IRAs that hold only employer-sponsored assets, are protected from creditors in an unlimited amount in these situations.  However, traditional and “commingled” IRAs are protected up to $1,245,475.

There are several states, notably California, that have become increasingly aggressive in pursuing traditional IRA assets in liability cases.  Accordingly, investors should seek to keep as much as possible in segregated ERISA-sponsored retirement investments, as they still provide unlimited protection for the assets in the plan, even against aggressive states.

While personal bankruptcy or legal liability remain low probability events for most investors, the chances are still greater than zero.  If a “black swan” event were to happen to a family, the majority of their assets would likely be exposed to the claims of creditors.  By maintaining as large a balance as possible in segregated ERISA-sponsored retirement investments for the long term, families will find asset protection that is uncommonly strong.  Tax advantages aside, retirement assets remain an extremely important part of an investor’s financial plan.

Martin Walsh is a Consultant and Vice President with Innovest Portfolio Solutions LLC. He is a member of Innovest’s Investment Committee, which makes decisions on investment related research and due diligence. ​