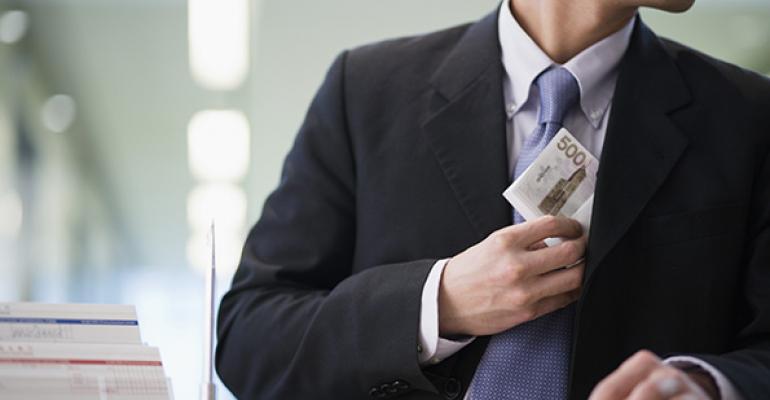 In July 2001, defendant Albert Nassar created the Nassar Family Irrevocable Trust (the Nassar Trust).  Albert was the trustee and he, along with his two children, were the beneficiaries.  Albert had the sole and absolute discretion to make distributions to the beneficiaries for their health, support, and maintenance.  Albert never rendered annual accountings of disbursements or provided receipts of such disbursements.  In March 2002, Albert quitclaimed several properties to an entity he owned and controlled.

The same month Albert created the Nassar Trust, he bought an apartment for $1,337,088 with a $725,000 mortgage loan, both of which were secured in his name.  Less than three months after the purchase, Albert transferred the apartment to the Nassar Trust for $10 consideration.  According to the government, the transfer occurred when Albert was having significant financial liabilities and facing civil and criminal liability in connection with a conspiracy to sell stolen drugs.  (Albert subsequently plead guilty to those charges, in addition to criminal contempt.)  Albert and his wife also had recently separated, and the government claimed he was potentially facing child support and alimony.

Albert didn’t record the conveyance to the Nassar Trust until January 2002.  In March 2002, Albert paid off the mortgage in full.

Albert’s children never lived in the apartment; they lived with their mother in Florida.  Albert continuously lived in the apartment without ever paying rent to the Nassar Trust.  The government alleged that Albert paid for maintenance, utility bills, property taxes and homeowner’s insurance with funds held by a shell company that Albert controlled and owned.  As such, the government claimed that the Nassar Trust held only nominal title to the apartment and served as Albert’s nominee; accordingly, the transfer of the apartment was fraudulent and should be set aside under New York Debtor and Creditor Law (NYDCL) Section 276.

The District Court for the Southern District of New York applied FRCP 12(b)(6) to decide whether to grant Albert’s motion to dismiss: “The question in a Rule 12 motion to dismiss ‘is not whether a plaintiff will ultimately prevail but whether the claimant is entitled to offer evidence to support the claims.’”  In this case, Albert submitted a declaration, along with a declaration by the attorney who created the Nassar Trust.  Both declarations presented facts outside of the pleadings regarding the formation and conditions of the Nassar Trust, Albert’s financial obligations and the transfer of title from Albert to the Nassar Trust.

Albert asked the court to take judicial notice of a Final Judgment of Dissolution of Marriage issued by a Florida circuit court in 2003.  He argued that the document supported his position that he couldn’t have foreseen needing to pay child support or alimony in 2001.

The court cited Kramer v. Time Warner Inc., 937 F.2d 767, 774 (2d Cir. 1991), which held that it’s routine for courts to take judicial notice of court documents, “not for the truth of the matters asserted in the other litigation, but rather to establish the fact of such litigation and related filings.”  It then noted that in the instant case, Albert’s complaint neither relied on the terms of the marriage dissolution judgment, nor did it contradict it.  Rather, the complaint merely stated that at the time the apartment was transferred to the Nassar Trust, Albert had recently separated from his wife and anticipated potential future alimony and child support payments.  Because that allegation was consistent with the information contained in the marriage dissolution judgment, the court refused to consider the judgment for purposes of the instant motion.

“Every conveyance made and every obligation incurred with actual intent, as distinguished from intent presumed in law, to hinder, delay, or defraud either present or future creditors, is fraudulent as to both present and future creditors,” under NYDCL Section 276.  And, under Federal Rules of Civil Procedure 9(b), fraud must be stated with particularity.  In this case, the court found that the government clearly stated that the alleged fraud consisted of Albert’s transferring the apartment by deed to the newly created Nassar Trust in 2001 in exchange for $10.  There were also several “badges of fraud” the court considered:

(1) lack or inadequacy of consideration, (2) family, friendship, or close associate relationship between transferor and transferee, (3) the debtor’s retention of possession, benefit, or use of the property in question, (4) the existence of a pattern or series of transactions or course of conduct after the incurring of debt, and (5) the transferor’s knowledge of the creditor’s claim and the inability to pay it.

Applying these five factors, the court concluded that there were badges of fraud.  The $10 consideration was meager; Albert was a beneficiary and trustee of the Nassar Trust; and he maintained possession and control of the apartment.  The fourth and fifth factors were less certain.  Although the government alleged that Albert made several quitclaim actions, the court was unable to decide how or if the quitclaim actions related to the transfer of the apartment to the Nassar Trust.  Moreover, the complaint didn’t allege that Albert was aware of his inability to cover the liabilities he was facing.  The government did allege that Albert was attempting to reduce the assets that would be available to the IRS to satisfy his liabilities, but the complaint was silent as to Albert’s state of mind or knowledge.  Nonetheless, the court ruled that the government adequately plead enough facts that Albert possessed, “at the very least, general intent to defraud his subsequent creditors.”  Accordingly, the court denied Albert’s motion to dismiss.