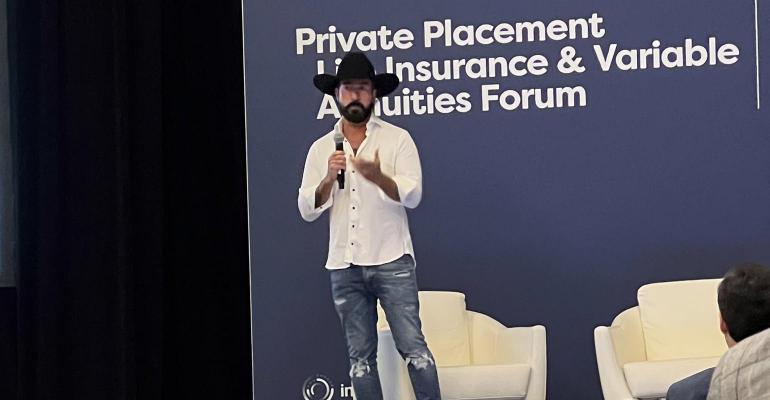 The world’s wealthiest families should be wary of government intervention and cybersecurity risks.

In his presentation at the Private Placement Life Insurance & Variable Annuities Forum at WealthManagement EDGE at The Diplomat Beach Resort in Hollywood, Fla., Angelo Robles, founder of the Family Office Association in Greenwich, Conn., answered questions as to why some of the world’s richest families need to have a disaster plan in place, as cryptic as that may sound. Here’s his advice on the potential threats facing these families and what steps they should take to help mitigate the risk.

Q: Why do the world's wealthiest families need to worry about disaster prep?

A: Where do I start? In a worst-case scenario, everything they’ve built can come crashing down in as quickly as one day.

Governments have the ultimate power regarding confiscation and freezing of your centralized resources, including through presidential executive order. Governments can freeze your assets at centralized institutions such as banks, custodians, even crypto exchanges. Furthermore, governments typically have a monopoly on violence even in first-world countries.

If the super-rich care about their hard-earned resources, they need to be proactive in continuing to grow their financial and non-financial resources. Importantly, they need to prepare (mitigate risks) for the known knowns and unknown unknowns. As author Nassim Taleb discusses in his books: they need to become anti-fragile.

Throughout my career, I’ve found that many advisors to the world's wealthiest families are ignorant to these issues, and I’d even say incompetent in addressing what could potentially happen.

Risks need to be quantitatively assessed; be aware of low probability, however, high consequence risks.

A: They do it all the time. Excessive taxation on income and capital gains as well as when you die is a direct equivalent to taking assets. I’m not advocating those taxes need to go to zero (some is needed), I am specifically finding issue with excessive taxation. Look at the direction of where things are headed in the United States right now, certain rising stars in the political sphere have suggested increasing income tax rates to 80%.

When you look at the political leanings of younger citizens, there’s no question, in my mind that in the future, we’ll have far higher income taxes than we do now. Yes, I understand that wealthy individuals often own assets with favorable tax advantages such as real estate and equities. I believe there’s a push coming in the United States to have some variation of unrealized capital gains tax in the upcoming decade.

Taxation isn’t the only risk; state and federal civil forfeiture can and does get implemented without due process, leaving you to prove your innocence without your resources. Regulatory harassment and threats of antitrust action constitute a similar but distinct threat. It’s become clear that governments have an assortment of options to complicate your life and take what’s yours.

A particular example we saw play out in Canada recently, with the truck drivers protests and the Canadian government’s reaction. Presidential executive orders can override citizen’s constitutionally guaranteed rights.

The Canadian government froze bank accounts and crypto exchange accounts of these protestors (and threatened anyone with a similar fate who assisted them). Therefore, regarding crypto, I say ‘not your keys not your crypto,’ you need to control your own destiny through use of a hardware wallet.

Q: This sounds extreme and chaotic; do you believe real chaos is possible in today’s world?

A: I do believe chaos is possible today: We have powder keg fueled by massive government deficits, incapable politicians and a lack of common ground within the population. What if the electrical grid goes down in a major city? There would be limited access to water, electricity and food. There might not be access to banks or even crypto. Chaos and lawlessness would set in far more quickly than most people would anticipate.

Q: Are there any threats you see that aren’t limited to government mistakes and intervention?

A: Perhaps the No. 1 threat that fits that narrative is cyber-attacks. Cyber-attacks happen to the super rich with regularity, and this trend is moving in the wrong direction. Adversaries can include nation states, criminals or business rivals. The goals can be espionage, blackmail, extortion or outright theft. There have been cases involving changing of titles on physical assets, stock entry manipulation, etc. The risks are numerous and varied.

Q: Sounds like scary stuff, what can someone do to protect themselves and maintain their resources?

A: I have a process I go through with billionaire and near-billionaire families that I consult with. We identify ‘known known’ threats and assess their vulnerabilities to them. I advocate being aware of low probability, high consequence risks. Actual time table top exercises/war game (red cell) disaster scenarios are some of the services we offer.

‘Unknown unknown’ threats are a different animal. These black swans can be far more sinister than ‘known knowns.’ It’s hard to predict the when, where what and how of what will happen and therefore the consequences are unknown.

The only hope is to become anti-fragile.

Many clients aren’t anti-fragile, defined as ‘benefiting from disorder/chaos.’ We’ll see lots of disorder in the coming years just as we have the past couple. My goal is to help the world’s richest individuals and largest single-family offices to become anti-fragile. I help these wealthy families to become self-sovereign, cyber secure, global citizens (with diverse global citizenships, resources, banks and assets). To help clients counter the threats they face, they need to diversify countries and assets and build a truly powerful global network.

Angelo Robles is the founder of the Family Office Association.