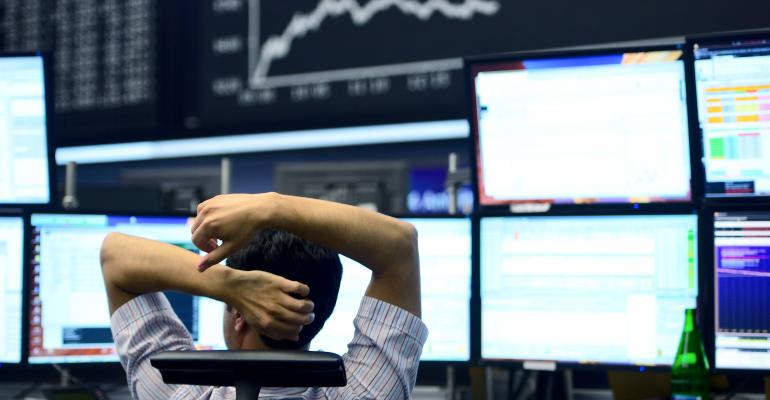 (Bloomberg) -- By 2009 investors were fully aware of financial risk; whether they remain awake to its nature for another generation, as they did after the market collapse of 1929-1932, or for less than a year, as they did after 2002, remains to be seen. Financial adviser and author William Bernstein wrote that in his 2010 book, The Investor’s Manifesto: Preparing for Prosperity, Armageddon, and Everything in Between. Six years later, Brexit has burst on the scene to provide a fresh read on investors' awareness of, and reactions to, risk. You wouldn't guess it from the stock market, but early reports from fund families such as Fidelity Investments and T. Rowe Price, and from financial advisers at much smaller firms, don't suggest panic. Fidelity said that on Friday customers made 2.25 buys for every sell. As of midday Monday, it was 1.67 buys for every sell. Still, that's a sign of a healthy focus on long-term returns.

But resilience gets tested in the face of unsettling news, and we're likely in for a long and chaotic stretch. Now's the time to assess how you felt and what you did, if anything, the day Great Britain voted to exit the European Union, and what you might be tempted to do in the coming weeks and months. Two years out—10 years out—will you look back on your reaction with satisfaction or regret?

Here are a few ways to test your risk tolerance—and improve your response to risk—and a bonus financial mantra to quote when the markets gyrate.

What's the nightmare for your portfolio? Losing 50 percent? Losing $50,000 or more in a day? How much would that change the likelihood that you'll meet the most important goals in your life, whether it's funding your child's education or retiring? Mark your limits. A portfolio should be a blend of risks and rewards that you can live with across market cycles, so that you don't damage your long-term wealth prospects with knee-jerk reactions to volatility. Staying in the market through times of stress can have big payoffs.

The average 401(k) balance of pre-retirees who didn't sell equities at or near the market bottom in late 2008 or early 2009 was $255,000 as of 2013's first quarter, Fidelity found. Pre-retirees who sold all of their stocks back then, and never got back in, did see a 26 percent increase in their average balance over the same period. But that balance was $101,000.

One way to lessen stress in market turmoil is to divvy up assets into short-, medium-, and long-term buckets that correspond to various goals. The short-term bucket might hold enough money to live on for five years , in investments with no risk and so not much return, said Kevin Meehan, a certified financial planner at Wealth Enhancement Group in Itasca, Ill. The medium one can be balanced between stocks and bonds, maybe 60/40. The long-term bucket can be more heavily weighted in equities. "Because you have five years of whatever you need to spend put aside, you're more likely to be able to tolerate the ups and downs," said Meehan. "By segregating the money, you give people a lot of peace of mind."There's another type of bucket some wealthy investors create. It's "play"money that they can speculate with. One client of Meehan's has a separate account that makes up just 2 to 3 percent of her money. She decided to get more aggressive with that account on Monday, in the wake of Brexit, and moved to being fully invested, rather than half invested, in equities.

It's the really long, calm stretches in the stock market that are unusual. Kevin Couper, a planner at Sontag Advisory in Manhattan, takes his clients through historical markets, both short- and long-term, to educate them about volatility and how normal it is.

"We encourage clients to expect volatility and to get comfortable with the idea that there will be down years and other market crashes to come, but that if they are positioned correctly they will be able to ride the waves and not sell at the wrong time," he said. Keep in mind that your risk tolerance changes with the market. "The reality is that people have a higher risk tolerance in good times and a lower one in tougher markets," said Meehan. Advisers should do an overall analysis of a client's long-term goals to figure out the rate of return a client needs.

"Bottom line," he said, "why take more risk than you need to meet your goals?"

In its 2015 report, Morningstar looked at the average of the gaps for five-year periods. It found that average returns for the time investors owned a fund trailed the actual performance of the fund by about 1.32 percent , on average, over the long term.

It may not seem like a lot. But with many experts saying that market returns are likely to be muted for years to come, every bit of return counts.

"Overall," said Meehan, "the best strategy is one you can stick with."