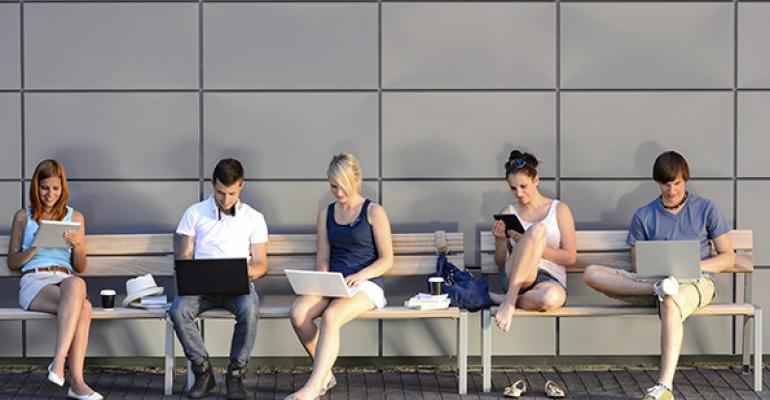 Millennials Are Pretty Cocky About Their Investing Skills

(Bloomberg) -- One of the great things about young people is their optimism, the confidence that everything is going to work out. Sometimes, though, that can get them into trouble, like behind the wheel of a car. Or as an investor.

A new survey found millennials were more positive about the future than their parents when it came to investments. They also think themselves far more knowledgeable about how to manage money, which, as anyone will tell you, might translate into behavior that leads to bad financial outcomes.

Securian Financial Group did find similarities between boomers and millennials: Both are saving for retirement with a similar mix of investments. The St. Paul, Minn.-based insurance company surveyed 957 boomers (age 51 to 69) and 1,040 millennials (age 23 to 38) who invested outside their workplace 401(k) plan. Boomers needed to make $75,000 or more to be included in the online survey, while millennials needed to make $50,000 or more.

The future looks far brighter to millennials. More than 70 percent said they expected a bull market for stocks in the next one to three years, while boomers were split 50-50 between bull and bear. More young people think they’ve got investing pretty much figured out: About 42 percent said they are “very knowledgeable about investments,” compared with 17 percent of boomers.

The results suggest the generations are reacting very differently to market fallout from the U.K.’s vote to leave the European Union, says David Kuplic, Securian’s chief investment officer and executive vice president at its subsidiary Advantus Capital Management. “The boomers are going to be much more likely to hold on,” Kuplic says. “I think the millennials will be more active.” That could mean both selling out of fear, or buying on “the belief that a market correction is an opportunity.”

Some nasty experiences (in 2008, for example) have taught boomers the dangers of panicking when markets fall. They’ve also learned to be humble. Sometimes the best decision to make in a crisis is no decision at all. Pride, the millennials may find, comes before a fall.