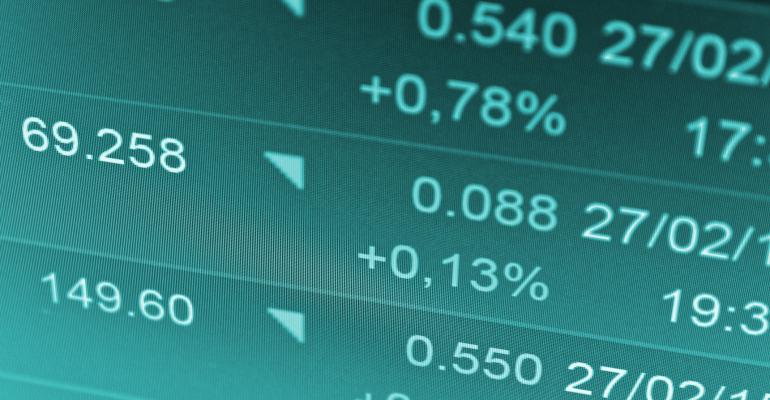 Hedge funds are crowding into U.S. Treasuries, and that has bond traders bracing for more turbulence.

Hedge funds are crowding into U.S. Treasuries, and that has bond traders bracing for more turbulence.

While the Federal Reserve doesn’t break out hedge-fund ownership, a group seen as a proxy increased its holdings to a record $1.27 trillion in the past year, according to a quarterly report released by the central bank this month. That came as foreign central banks and finance ministries, the biggest buy-and-hold owners in recent years, culled their investments for the first time on an annual basis since 2000.

The surge of hedge funds into U.S. government debt is a worrying sign to Societe Generale SA and Commerzbank AG.

They say the firms, which often use borrowed money and jump in and out of trades at a moment’s notice, will boost the chances of sudden shocks in the world’s de facto haven market. That may compound swings in Treasuries, which by some measures have reached record levels as worries about China, the global economy and diverging central-bank policies whipsaw bond traders. The Treasury Department is already looking into whether the market isn’t running as smoothly as it should.

Foreign central banks’ “market share is being replaced by private investors who take a much more active approach,” Rob VandenAssem, the head of investment-grade fixed-income for developed markets at PineBridge Investments, which manages $85 billion, said in an e-mail. “Hedge funds in particular pose a risk to volatility.”

The potential that hedge funds will amplify Treasury swings adds to worries about the resilience of the $13.3 trillion market, especially as the Fed considers whether to raise interest rates this year. And because yields are so low, sudden shifts in momentum could lead to big losses, especially for less nimble investors. Ten-year Treasuries yielded 1.91 percent as of 11:08 a.m. in London on Monday, more than a half-percentage point below their June peak of 2.5 percent.

In the Fed’s quarterly reports, domestic hedge funds are  categorized under “households and non-profit organizations.” Most analysts consider it an accurate gauge of Treasuries held by those high-powered firms, and to a lesser degree, ownership by households and other groups like private-equity shops and personal trusts. The latest data released March 10 showed they were the largest buyers of Treasuries last year, adding $398 billion. That’s the biggest increase on an annual basis since 2009.

Hedge funds are also signaling their presence in the U.S. bond market in other ways. Since the end of 2013, investors domiciled in the Caribbean, a popular legal home for hundreds of hedge funds seeking lower taxes, have increased their holdings of Treasuries by 43 percent to $352 billion, Treasury Department data show. As a group, they’re now the third biggest overseas creditors, behind only China and Japan.

At the same time, foreign investors, who still hold 40 percent of America’s bonds, were the only net sellers in 2015 as central banks in China and other emerging markets raised cash to support their currencies. And Treasury Department figures showed they kept selling at the start of the year.

The rise of hedge-fund ownership may already be making fluctuations in Treasuries worse. This year, daily swings in 10-year yields exceeded one standard deviation -- equal to 0.043 percentage point -- about 39 percent of time, according to TD Securities. That eclipses last year’s figure of 34 percent, which was the highest for any year going back to 1975, the data show.

“This will likely add volatility” said Bruno Braizinha, a fixed-income strategist at SocGen in New York.

Concerns over abrupt swings, whether it’s because of a lack of liquidity or an increase in high-volume traders, have already caught the attention of the U.S. government. Spurred by a 12-minute plunge and rebound in yields on Oct. 15, 2014, the Treasury Department is conducting its first comprehensive review of the market’s structure since 1998.

Some say hedge funds aren’t the problem, but a potential solution.

By stepping in to take the place of traditional Wall Street banks, whose bond-trading businesses have come under pressure from regulations and shifts in technology, hedge funds may actually increase liquidity. And their use of leverage, or borrowed money, means they have the wherewithal to trade vast quantities of securities.

At least that’s the view of Ronin Capital LLC, a Chicago-based proprietary trading firm. When U.S. officials asked for comments on liquidity and market structure earlier this year, the firm wrote in a March 19 letter that “leverage and liquidity in the U.S. Treasury market go hand in hand.”

“If the only entities willing to hold positions in U.S. Treasuries are ‘buy and hold,’ meaningful liquidity in the U.S. Treasury market will be nonexistent,” the firm said.

Some sophisticated investors have also started to trade on Treasury platforms previously reserved for bond dealers, according to an October report from financial-services consulting firm Greenwich Associates. Christian Hauff, co-founder of Quantitative Brokers LLC, says many of those funds now look a lot like Wall Street’s proprietary bond-trading desks from years ago.

“You’re seeing those that used to trade on Wall Street transition to working at hedge funds,” he said.

Even if hedge funds provide more liquidity, it doesn’t necessarily ensure the ride won’t be bumpy. That’s because while traditional dealers often served as buffers for their clients during times of stress, hedge funds have no such incentive.

When volatility picks up, hedge funds can “jump on another ship,” said David Schnautz, a London-based rates strategist at Commerzbank.