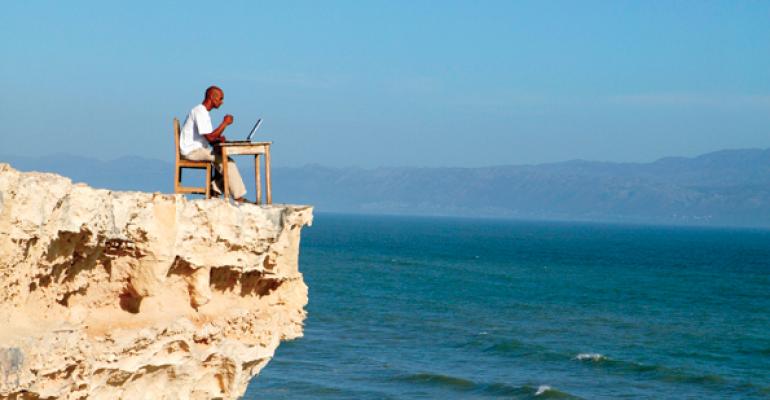 While policymakers in Washington D.C. are calling for a “balanced approach” to resolve the fiscal cliff, financial advisors are giving clients the same advice, saying that taking advantage of current tax breaks and staying the course were the best options in the face of market uncertainty.

“I won’t pretend that figuring out everything else will be easy, but I'm confident we can do it -- and I know we have to,” Obama said in a press conference Wednesday. Congressional leaders are scheduled to meet with Obama on Friday to discuss possible solutions to shield the middle class from the tax hikes.

But advisors are still unconvinced that Congress will be able to solve all of the tax reform issues in the coming weeks, with several saying that they are advising clients to act as though it were certain the Bush-era tax breaks would expire.

“I told my clients we have to batten down the hatches and hang in there,” said Brian Amidei, the managing director at HighTower Palm Desert. “From this point forward, it’s anyone’s guess [what is going to happen]."

HighTower got out in front of the fiscal cliff issues—through alerts and client meetings—well before the election, adding the move gave clients advanced notice of the proposed tax changes and enough time to plan for opportunities, according to Amidei.

John Knowlton, president of Michigan-based Oak Point Financial Group, said that his firm is also taking the opportunity to sell investments with unrealized gains to avoid massive tax bills next year. With tax rates on capital gains at a “historic low” right now, it’s the right time to take advantage, he said.

“Maybe they will extend the current rates, but ultimately…rates are probably going to go up,” Knowlton said. He added that the safest course is to act as the law currently stands, that as of Dec. 31, the Bush-era tax cuts will expire.

Advisors have also said that they plan to sell off securities at a loss after Jan. 1 to offset capital gains tax liabilities. Called “tax harvesting,” the strategy is used to limit the recognition of short-term capital gains, which are normally taxed at higher federal income tax rates than long-term capital gains.

But the current uncertainty did not mean clients should pull out of the market, the advisors said. Instead, Andrew Millard, principal of Millard & Co. said that he is recommending clients “have a little faith.”

“We just don’t know what’s going to happen,” Millard said, adding that trying to make a move now was simply taking a “shot in the dark.” Better to stay the course and keep watching until something definitive is decided.

Clients should keep their investments balanced and controlled right now, Millard said, adding that a conservative approach was probably best.

Managing Director of Athena Capital Advisors David Lynch agreed, saying that due to the unpredictability of political outcomes, his firm was not recommending tactically trading each speculative headline.

“We are cautiously positioned, but our advice is to be patient, not fearful,” Lynch said. “We are counseling clients to stay disciplined to their long term goals and objectives in the face of the headlines being generated by the fiscal cliff.”

Lynch added that Athena’s approach will continue to emphasize opportunistic investing if the fiscal cliff creates any extreme distortions away from fundamental value.  Athena’s research team is also focusing on how dividends will be taxed going forward and implications for the firm’s dividend equity strategies.  In general, Lynch said that Athena liked the fundamentals of dividend-paying companies and expect they will hold up well over the medium/long term in most “cliff” outcomes, despite potential short term volatility.

“The fiscal cliff is more about its implications on clients’ strategic, long term portfolios including estate and charitable plans rather than short term trading in or out of the market,” Lynch said.