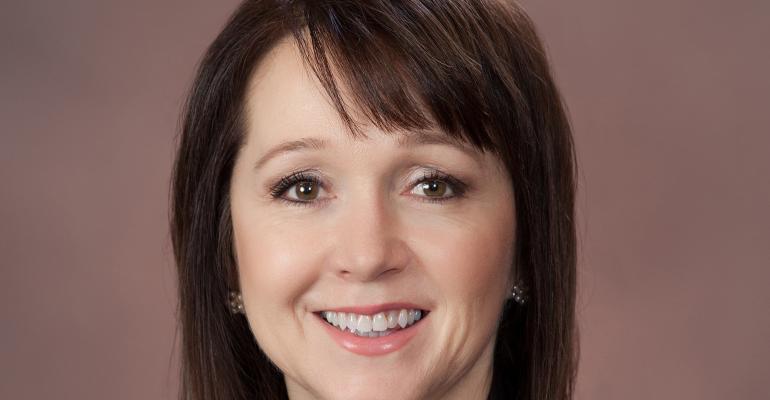 “When you’re looking at the low rate of return environment in the public markets, I don’t think you can ignore private equity,” Marcie Frost, who was named Thursday as the pension fund’s next CEO, said in a telephone conference with reporters. “This could be a low-rate environment for a period of time and we have to factor that in when we do our allocation work.”

Frost, 51, has been executive director of the Washington State Department of Retirement Systems since 2013 and will start with Calpers, which oversees about $302 billion, on Oct. 3, the Sacramento, California-based fund said in a statement. She succeeds Anne Stausboll, who retired last month.

The Washington retirement system earned 4.9 percent in fiscal 2015, compared with a 2.4 percent return for the California system. Washington’s $80.5 billion commingled trust fund had higher allocations than Calpers to real estate and private equity, asset classes that yielded its best returns for the latest reported one- and five-year periods. Washington’s annualized gains for the three years through June 2015 were 11.3 percent, compared with 10.9 percent for Calpers.

“The transparency -- the full disclosure -- is a very important piece of that,” she said. “Calpers has been a very strong leader in that area.”

Frost will earn a $300,000 base salary, with an incentive potential of as much as 40 percent more based on performance, according to Calpers spokesman Brad Pacheco. Stausboll had a $322,400 base salary in her last year with a similar incentive.

Calpers, which seeks annual average returns of 7.5 percent to meet its obligations, is expected to earn roughly “zero” on its investments in the 12 months through June 30, Chief Investment Officer Ted Eliopoulos said last month. Official returns will come out next week.

The fund was large enough to cover about 76 percent of its liabilities as of June 2014, according to its website, based on assumptions such as employee life expectancy and returns on investment. The only realistic way to close the gap is to raise taxpayer contributions or renegotiate retirement-plan contracts, according to Chriss Street, the former Orange County treasurer-tax collector.

“To earn 7.5 percent a year would be like winning the Super Bowl 30 years in a row,” Street said in a telephone interview. While it’s more realistic to project lower returns, each 1 percentage point reduction in annual earnings would require about $2 billion more in taxpayer funding to make up the difference, Street said.

In addition to investing returns, Calpers’s CEO is responsible for overseeing operations such as delivering paychecks to pensioners and providing access to health-care services.

“It’s all about servicing the employees and the retirees, and the leader sets that tone,” Jeffrey Snyder, vice president of Cammack Retirement Group, a New York-based investment-advisory firm that has worked with Frost since 2014, said in a telephone interview. “Calpers is getting a high-quality leader and someone who has delivered success to the state of Washington.”

Frost has headed the Washington retirement system since January 2013 and has worked for the fund for 13 years in other leadership positions. She is a native Washingtonian and is pursuing bachelor’s and master’s degrees from Evergreen State College.

The Washington retirement system serves 700,000 current and former state employees, compared with 1.7 million people for Calpers, which also offers health benefits to 1.4 million members and families, making it the largest defined-benefit program in the U.S.

Washington has been a pioneer at combining defined-contribution and defined-benefit plans for public employees. Frost, who was appointed by the state’s governor, described herself as a “servant leader” who has been able to navigate among stakeholders including public-employee unions, politicians and retirees.

“She has demonstrated throughout her career strong leadership and innovation, an emphasis on customer satisfaction, and team collaboration that will be fundamental to the future of Calpers,” Rob Feckner, president of the Calpers board, said in the statement.