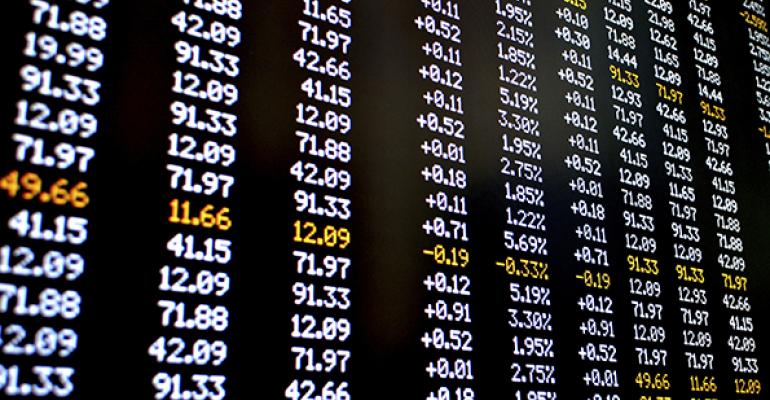 BlackRock: Expect Lower Returns For Pretty Much Everything Over the Next Five Years

"Our five-year return assumptions have steadily moved lower since the financial crisis, amid weak global growth prospects, easy monetary policy and rising valuations," he writes. "We have lowered our assumed returns for most fixed income assets, following a drop in yields (and rise in valuations) in the second quarter."

Here's a look at how they expect many areas of the market to perform on an annualized basis over that five year time frame. They foresee only private equity and emerging-market equities cracking 6 percent.

The worst news comes for investors that are holding U.S. Treasuries, as Turnill believes they will lose roughly 1 percent each year as bond yields rise from today's very low levels. To be sure, it's not just U.S. Treasuries that will struggle, but the entire fixed income universe could be poised for dire times. His note says that a mere 10 percent of global fixed income securities will have annual returns at, or above, 3 percent between now and 2021.

The only group the firm does recommend if an investor wants to play this space is riskier emerging-market debt, which it has been trumpeting for a few weeks. "Within riskier assets, EM debt and dividend growth are worth considering. Government bonds can still play an important diversification role in portfolios — but at a greater cost." A note from Bank of America Corp. last week showed that net inflows into emerging-market debt funds hit a record as the hunt for yield steps up pace.

For equities, the firm says high valuation keep it cautious on U.S. stocks, and that other markets look more attractive, but not without risk. The firm likes India, among other emerging markets, but has lowered its outlook for Europe following the United Kingdom's vote to leave the European Union.

As for commodities, the firm doesn't think oil isn't about to experience an imminent recovery, but says gold could be good for diversification at these levels.