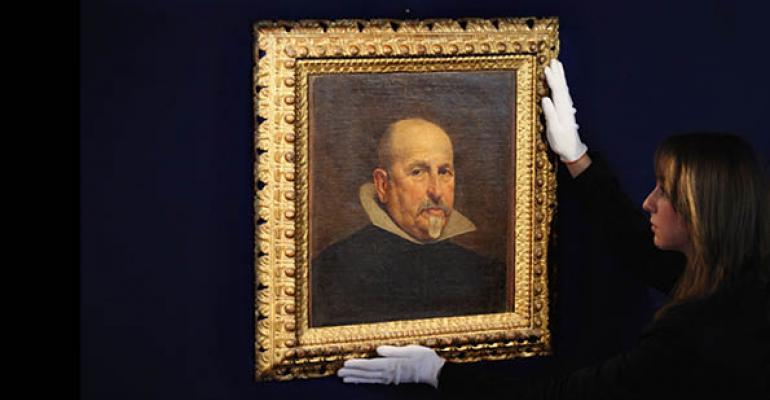 Museums and other charitable organizations benefit greatly when patrons contribute works of art. But, gifts sometime come with strict requirements that apply for long periods or even in perpetuity. When changing circumstances impede a charitable organization’s ability to comply with such restrictions, the organization may be forced to seek relief from a court. Cy pres is the legal theory on which charitable organizations sometimes rely. French for “as near as possible,” cy pres relieves an art institution or other charitable organization from gift restrictions that are impracticable or impossible to fulfill. Recently, the Trustees of the Corcoran Gallery of Art joined the list—receiving judicial approval of a plan to cease existence and transfer assets to George Washington University (GWU) and the National Gallery of Art (NGA), even though the trust instrument that created the institution required the museum to exist in perpetuity. The 49-page opinion issued by Judge Robert Okun of the Superior Court of the District of Columbia offers important guidance for art organizations and practitioners.

In 1869, William Wilson Corcoran, a banker and early patron of contemporary American art, created a trust for the purpose of establishing “an institution in Washington City, to be ‘dedicated to Art,’ and used solely for the purpose of encouraging American Genius, in the production and preservation of works pertaining to the ‘Fine Arts,’ and kindred objects.”1 William donated real property, an art collection and cash “for the perpetual establishment and maintenance of a Public Gallery and Museum for the promotion and encouragement of the arts of painting and sculpture, and the fine arts generally.”2 The deed of trust created a board of trustees, which was granted the discretion to develop “appropriate measures for increasing the collection of paintings, statues and kindred works of art” and the “general management of the institution.”3

In the past several decades, the financial health of the Corcoran deteriorated. Notably, the trustees claimed that the institution’s reputation and fundraising capabilities were damaged by: (1) the cancellation of the scheduled exhibition in 1989 of provocative works by photographer Robert Mapplethorpe as a result of political controversy; and (2) the failure of a major fundraising effort for construction of a new museum wing designed by Frank Gehry, due to the burst of the technology bubble in the early 2000s.

Recently, the Corcoran operated at a loss and deferred major renovations to its Flagg building for many years.

Faced with dire economic circumstances, the trustees explored potential partnerships with other institutions. In 2013, the trustees considered a joint venture with the University of Maryland (UMD), whereby UMD would:
(1) take full responsibility for managing and operating the Corcoran; (2) invest $71 million over 10 years to renovate the Flagg building; and (3) subsidize the Corcoran operations with $18 million in cash and $6 million in personnel over the first four years of collaboration.  Subsequently, however, UMD reduced its proposed commitment to $46 million over the first five years, structured as a loan rather than as a grant, which would be secured by an interest in the Flagg building and the art collection and become due if the Corcoran decided to opt out of the joint venture. UMD’s proposal also allowed UMD to nominate a majority of the board of trustees. The trustees were concerned with UMD’s proposal and decided to try to move forward with a deal with GWU and the NGA instead.

In May 2014, the trustees reached an agreement with the NGA whereby the Corcoran would transfer over 17,000 works of art to the NGA, which would keep the best works and seek homes for the other works in the D.C. area, if possible. The NGA would also establish a new contemporary art program under the Corcoran name to show works from the Corcoran collection and other pieces. In addition, the trustees reached an agreement with GWU whereby the university would, among other things, acquire the unrenovated Flagg building and use it for Corcoran College classes.

The proposed transactions with the NGA and GWU would violate the terms of the deed of trust. As a result, the trustees sought a court order approving the transactions. On June 17, 2014, the trustees filed a petition for relief under the doctrine of cy pres, naming the District of Columbia as the respondent to represent the interests of the public. The court allowed nine current students, faculty and staff, who opposed the petition, to intervene in the proceedings.

After a six-day hearing, the court held that the Corcoran had met its burden under the doctrine of cy pres. As to the first prong of the test, the court found that, while it wasn’t impossible for the Corcoran to continue to fulfill its charitable purpose, it was impracticable. Noting that there was relatively little case law on the standard of impracticability in the cy pres context, the court found that the standard requires more than mere inconvenience or difficulty.  “Rather, a party seeking cy pres relief can establish impracticability only if it demonstrates that it would be unreasonably difficult, and that it was not viable or feasible, to carry out the current terms and conditions of the trust.”5

The court analyzed the Corcoran’s finances and determined that it would be impracticable to continue under the existing deed of trust. Importantly, the court noted that the Corcoran faced the prospect of having to pay at least $71 million to renovate the Flagg building, including an immediate investment of more than $12 million, which the Corcoran couldn’t pay. The court rejected the intervenors’ argument that the trustees overstated the severity of the Corcoran’s financial condition and understated its ability to raise necessary funds. The court found that the intervenors’ arguments were based on overestimates of the resources actually available to the Corcoran, and their claims as to what was achievable through fundraising were unrealistic. The court also found that the intervenors’ proposal to deaccession some of the art to pay for the renovation of the Flagg building and various other operating expenses came with a serious downside: It would subject the Corcoran to sanctions, including the possible loss of its accreditation from the American Alliance of Museums, disqualifying the Corcoran from receiving federal grants and exposing it to censure by the Association of Art Museum Directors (AAMD) and possible preclusion from hosting traveling exhibitions and receiving loans of art from other AAMD member institutions.

The court believed the proposed transactions with NGA and GWU were as near as possible to William’s original intent—thus satisfying the second part of the cy pres test. This was a fact-specific determination, and the court found that the terms of the deed of trust and William’s subsequent efforts to establish an art school demonstrated that William’s “primary intent was to create a gallery of fine art, along with a college of art and design, located in the District of Columbia, and to encourage the production and preservation of fine art through both the gallery and the college.”6 The court found that under the NGA/GWU proposal: (1) the Flagg building would be renovated; (2) the school would continue in partnership with a financially sound university; (3) both the school and a significant portion of the collection would remain in the Flagg building; and (4) a gallery (although smaller) would remain open to the public in the Flagg building—all results that were consistent with William’s intent.

[u]ndoubtedly Mr. Corcoran would not be pleased with this turn of events ….[i]t seems likely, however that he would be pleased to see that the College will be preserved through its partnership with the very university to which he donated both property and his company’s archives, and where he served as Chairman of the Board for several years, and that the Gallery will be preserved through its partnership with one of the country’s pre-eminent art institutions.7

1. Financial stress is a good reason to ask for relief. While the court grappled with the definition of “impracticability” in the context of cy pres
proceedings, it looked to prior case law and ruled that insufficiency of funds to operate the institution is a valid basis to grant cy pres relief.8 Thus, when an institution can establish that it can’t continue to operate in a financially sound manner, cy pres relief likely will be granted.

2. The position of the trustees and the Attorney General isn’t dispositive. The trustees and the District of Columbia argued that the court should defer to the trustees’ decision. But, the Corcoran case teaches that a court will look at a cy pres inquiry with “fresh eyes.” The Corcoran court refused to adopt a standard that would approve any cy pres petition made in good faith. Such a rule would be irreconcilable with the requirements that cy pres relief be granted only if fulfillment of the trust was impracticable and the proposed solution was as near as possible to the settlor’s intent. The court held that it didn’t need to resolve the issue of whether the trustees’ decision is entitled to some measure of deference because the trustees had satisfied the elements of a cy pres petition without regard to the issue of deference. Although this issue is an open question, it seems courts will continue to conduct independent reviews of cy pres proceedings, rather than merely rubberstamp the position of the trustees. Similarly, the court found that it wasn’t bound by the Attorney General’s position, even though the Attorney General is charged with the responsibility to enforce a donor’s charitable purposes.

3. Allegations of mismanagement may not defeat a cy pres application. The intervenors attributed the Corcoran’s financial position to trustee mismanagement. But, the court found that fact irrelevant. The court found that, even if the trustees had mismanaged the Corcoran in the past, that wouldn’t be a valid basis to reject the trustees’ proposal, absent deliberate intent to damage the institution they were charged with protecting (which wasn’t present here).

4. The court will carefully consider the options. The court carefully examined alternative proposals and compared them to the requested relief. While the court rejected the alternatives because they were either inconsistent with the donor’s intent or too vague and aspirational, the court’s focus on the alternatives highlights the importance of considering all options before filing a cy pres petition.