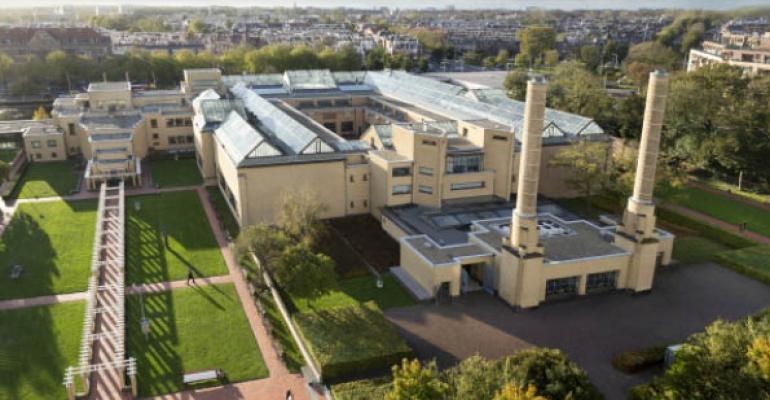 Beware of agreements based on informal understandings

Last year, a court in the Netherlands ruled in favor of collector Bert Kreuk on his claim that artist Danh Vō breached a commission agreement. The court ordered Vō to either produce new artwork for the collector within one year, or if the artist didn’t comply with that deadline, to pay a steep daily fine. If your client is an art collector who’s looking to commission artwork, here’s what you should know.

Kreuk is a well-known Dutch art collector. In 2013, the Gemeentemuseum in The Hague asked Kreuk to curate a show entitled, “Transforming the Known,” which was to feature works from Kreuk’s vast contemporary art collection. In preparing for the show, Kreuk contacted Vō through one of his gallerists, Isabella Bartolozzi in Berlin. In early 2013, Vō met with Kreuk and museum representatives at the museum to inspect the space for the upcoming exhibition.

The parties never entered into a written agreement concerning Vō’s intended contribution to the exhibition. Kreuk claims that he commissioned Vō to create large and impressive artwork that Kreuk would purchase for $350,000, which would be installed in a main gallery of the museum. A contemporaneous email from Vō’s gallerist to Kreuk states: “I am sure that [Vō] will produce a great work for the show. We are in constant contact as soon as I have any news I will call you.”1

Vō never created a work of art for the exhibition. Instead, Vō’s gallery sent a pre-existing work by Vō entitled, “Fiat Veritas,” a gilded cardboard Budweiser beer carton, on loan to the museum for display at the exhibition.

Vō reportedly became concerned about Kreuk’s intentions as a collector after galleries informed Vō that Kreuk was searching for works by Vō that were of interest to investment speculators.2 Vō, age 40, is an artist whose works were in high demand and whose prices have been rising steeply in the past few years.  The artist had referred to Kreuk as an art “flipper,” a derogatory term for a person who buys and sells works quickly.  Last year, Kreuk sold at auction one of Vō’s works for $700,000, about 14 times the value of one of those works in 2013.3

In 2013, Kreuk filed a lawsuit in the Netherlands against Vō and the gallery for breach of contract. Kreuk sought monetary damages and an order compelling Vō to create the commissioned artwork. In defense, Vō and the gallery argued that they never agreed to create artwork for the show. Vō claimed that he and Kreuk “flirted” with the idea of a sale, but never discussed any details or entered into an agreement.

On Aug. 15, 2014, the court of first instance issued an interlocutory judgment in the case. The court ruled that there was an issue of fact concerning whether the parties reached an agreement whereby works by Vō were to be made available to the museum for exhibition.4 The court also held that, before it could rule that the parties reached an agreement for the sale of artwork, as opposed to a mere loan agreement for the exhibition, Kreuk would need to present evidence supporting the existence of a purchase agreement. If Kreuk carried his evidentiary burden, then the court would find the defendants liable because there was no question that no new artwork was created. Moreover, the court ruled that, since neither the gallery nor the artist argued that performance of the commission agreement was impossible, an order compelling the artist to create artwork for Kreuk would be an appropriate remedy.

Subsequently, Kreuk offered three witnesses (a family member, an advisor and a museum director) who testified that Vō and the gallery agreed to create artwork for the exhibition and sell it to Kreuk for $350,000. The defendants didn’t call any witnesses. Instead they provided their own self-serving written statements, which carried less evidentiary value than the sworn testimony Kreuk provided.

On June 24, 2015, the Rotterdam court issued its final decision in the case. The court ruled that Kreuk had carried his burden to establish the existence of the commission agreement. Although the court noted that Kreuk’s witnesses may have been biased, they were credible, and therefore their testimony carried evidentiary weight. Additionally, the court found that the emails exchanged between the gallery and Kreuk referencing Vō’s creation of new artwork for the show supported Kreuk’s case. The court ruled that the defendants’ contention that they were under no obligation to produce anything for the show was inconsistent with these emails, as was the delivery by the gallery of a work for display at the museum.

The court ordered that, within one year, Vō must create a large and impressive artwork for Kreuk, taking into account the collector’s preferences. Given the artistic nature of the commission, Vō wasn’t required to create exact copies of prior works merely because Kreuk indicated a preference for those works; instead, Vō was free to make new works that fit with his continuing development as an artist.5 The court presumed that the parties would be professional about reaching an agreement about the details of the art commission, the price (not to exceed €350,000) and the logistics.6 Because the defendants seemed disinclined to voluntarily comply with the order, the court included a provision imposing monetary damages in the event of non-compliance within the time allowed: a daily fine of €10,000, up to a maximum of €350,000. As for the gallery, applying Dutch law, the court held it jointly and severally liable for any damages resulting from the breach of the agreement, because it was a party to the commission agreement.7

After the Rotterdam court’s ruling, on July 16, 2015, Vō sent Artnet, an online art industry news site, a letter addressed to Kreuk, which was published on the website. By that letter, Vō informed Kreuk that he intended to appeal the court’s decision. But, his letter also included a proposal to Kreuk of how Vō would like to fulfill the terms of the court’s judgment. Vō proposed to create a large mural in which Vō’s father writes out a sentence. That sentence is rife with expletives directed at Kreuk: “SHOVE IT UP YOUR A**, YOU F*****.” Kreuk wrote a reply, which was also published on Artnet, in which he expressed frustration at Vō’s communications with him through a public website, which he didn’t believe complied with the court’s directive to be in touch with each other in a professional manner to normalize relations. He also suggested that the artist consider donating €350,000 to an art museum and that Kreuk would match the gift.8

Subsequently, on Dec. 1, 2015, the parties appeared in court for a conference. At that conference, the court encouraged the parties to negotiate a resolution of the case. Following the conference, Vō agreed to dismiss his appeal in exchange for Kreuk’s promise not to execute the Rotterdam court’s order.

Discussions about the Kreuk v. Vō case are rippling through the art industry, and many in the United States are wondering: Could a U.S. court compel an artist to perform a commission agreement? A U.S. court likely would have made a different ruling from the Dutch court in this case. Because New York is at the center of a great deal of art transactions in the United States, we refer to New York law in this article.

While courts in New York have granted specific performance of a contract for the sale of artwork that’s already in existence,9 they generally don’t grant specific performance of personal services contracts. Because U.S. society values freedom of association, courts are reluctant to impose a personal relationship on an unwilling party.10 Additionally, performance of a personal services contract depends on the skill, volition and fidelity of the person engaged to perform the services. Therefore, courts view it as impracticable to supervise the proper and faithful performance of such contracts.11 Instead, courts generally find that money damages, rather than specific performance, are an adequate remedy for the breach of a personal services agreement.12 Applying these principles to the Kreuk/Vō dispute, it seems unlikely that, assuming the New York court found that Vō and Kreuk were parties to a valid commission agreement, a New York court would issue an order compelling Vō to create artwork for Kreuk.

• Written commission agreement.  When a collector commissions an artist to create an original work of art, it’s recommended that the parties execute a written commission agreement. The agreement should include a provision specifying the nature of the work being commissioned, including the medium, size and a rough sketch of the work or comparable works previously created by the artist as references. It should also include a provision stating the amount of compensation due to the artist and the timing of the payment(s). The agreement should specify a deadline for completion of the work and state when title to the work shall pass from the artist to the collector. The agreement can also specify the consequences of the artist’s delay or failure to finish the commissioned work (for example, a reimbursement of funds paid to the artist) and the consequences if the collector decides to cancel the project prior to completion. Although one of the parties could still breach the agreement by failing to perform, a written agreement eliminates the possibility that the non-performing party can plausibly deny the
existence of the agreement like Vō and his gallery did.

• Resale of artwork. A major source of contention between the parties in the instant case is the artist’s apparent mistrust of Kreuk, who’s reportedly13 seen as an art “flipper.” Many artists (especially younger artists) generally are wary of collectors who quickly buy and sell their works for fear that the rapid trading will negatively affect the artist’s long-term career, as the works could be seen as waning in value and importance when sold. Equally important, artists generally don’t want collectors to view their works as mere commodities in an investment portfolio. To be clear, there’s no allegation in the case that Kreuk resold one of Vō’s works before the museum show, nor is there any allegation that there was any contractual provision restricting Kreuk’s ability to sell Vō’s artwork.  However, while Kreuk was insisting that Vō create artwork for him under their alleged agreement, he also put one of Vō’s works up for sale at an auction house. Savvy collectors who want to maintain healthy relationships with artists and their galleries would be wise to avoid a public sale of their works soon after purchase. If the collector wishes to sell the work, going back to the seller from whom it was bought or otherwise selling it privately may be advisable where possible.

The teachable moment from the Kreuk/Vō case is that, although transactions based on informal understandings are common in the art world, both parties can benefit from a commission agreement, which can outline the parties’ rights and obligations and serve as written evidence of their agreement.  Additionally, collectors should be mindful that news of collectors’ behavior travels fast in the art community, and if collectors want to continue to have access to the best works, then they would be wise to “play well in the sandbox” and not upset the artists they want in their collection.