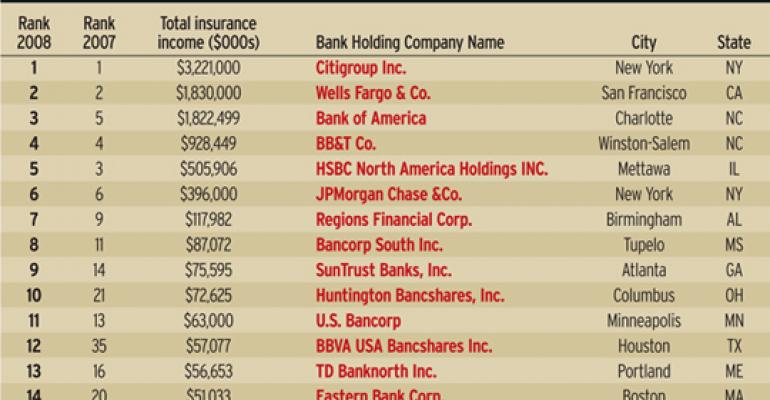 Large banks get more income from insurance business in 2008

Despite a recent exodus of banks from the insurance business, a number of big financial services firms still get substantial income from insurance business, including Citigroup, Wells Fargo and Bank of America, according to a recent report from Michael White Associates and the American Bankers Insurance Association. The nation's bank holding companies (BHCs) also saw total insurance revenue grow 7.2 percent in 2008 to $10.9 billion. The growth was driven partly by a 32 percent increase in insurance underwriting income to $4.65 billion, primarily due to Bank of America's purchase of Countrywide Financial Corporation, which owns the Balboa Insurance Group, a large underwriter of insurance in the financial institutions market, White says. On the other hand, BHC insurance brokerage fee income decreased from its record high in 2007. White says the decline in insurance brokerage fee income is mainly due to the overall slowdown in insurance brokerage in a soft market.