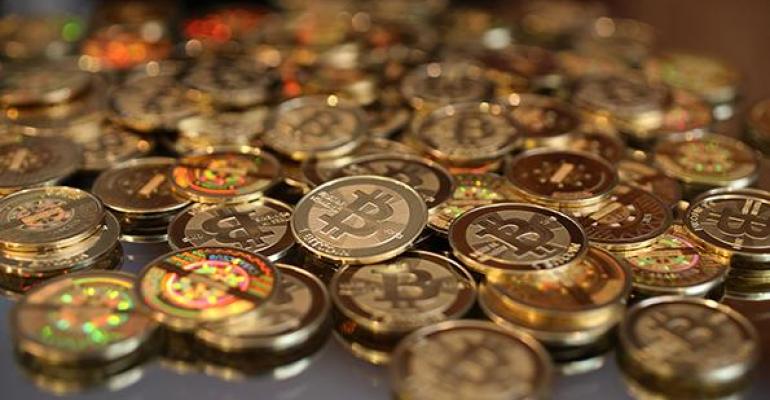 What Last Week Tells Us About Bitcoin

It will take time to understand the currency's full array of costs and benefits.

(Bloomberg View) --Last week was relatively eventful for bitcoin, the cryptocurrency that has been attracting growing attention from investors, speculators and regulators. Considerable price volatility was accentuated by reactions to commentary (some constructive and some less so) about a "disruptive technology" that responds to specific client needs, is here to stay, and will likely gain greater systemic influence, but is still early in its maturation process and subject to localized shocks and sudden government interference.

Related: Jamie Dimon Is Not a Bitcoin Fan

Perhaps one of the most useful ways to think of bitcoin (and the increasing number of its cryptocurrency peers) is as an innovation that reduces the barrier to entry to a payment system outside the direct purview and auspices of central banks and most other official entities. Its admirers and advocates look for the phenomenon to increasingly assume the key characteristics of trusted and effective "money" -- and to go beyond what is offered by precious metals to include the full trifecta of a peer-to-peer medium of exchange, a store of wealth, and a vehicle for hedging and legitimate speculation.

In this context, last week illustrated:

These three developments go beyond highlighting the challenges facing the most optimistic vision for cryptocurrencies. They also point to the risk that, as difficult as it is to value the currency confidently, part of this year's impressive run-up in the price of bitcoins may well assume an adoption rate that exceeds what is feasible -- and desirable -- in the shorter term.

It will take time for cryptocurrencies to develop the depth and stability of a dedicated user base that would underpin the assumed growth in wallet share for payments, accumulation and hedging vehicles. It will also take time for governments and monetary authorities to understand the full array of costs and benefits of this new platform, and to arrive at a consistent regulatory and supervisory approach. Yet, equally importantly, this does not mean bitcoin and others will disappear, as some have warned.

The most likely interpretation is that we are still at a very early phase of a possible currency transformation process that speaks to more than the desire among some for a broader array of credible "money." Enabled by technological innovations that promise greater efficiency and will likely deepen over time, cryptocurrencies are also a response to the wider phenomenon of dissatisfaction with existing institutions, both public and private -- a dynamic that has led not just to disappointments and an erosion of trust, but has also fueled a more general sense of marginalization and alienation for certain segments of society.

For now, the operational dimensions of cryptocurrencies will involve primarily speculative activities, cannibalizing at the margin the investor base for precious metals, and meeting the demand of those looking, both for legal and for illegal reasons, for a payment system that operates outside the view and reach of monetary authorities. As such, we should expect continued high price volatility in the context of persistent loud differences of opinion as to what comes next. Over the longer term, a more stable and regulated platform will likely emerge. It will supplement but not replace the traditional system managed by central banks.