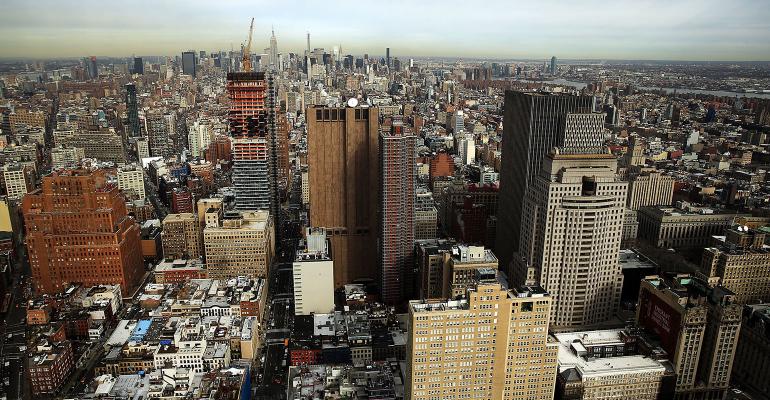 The percentage of investors with allocations in hedge funds is below that of the height of the financial crisis.

(Bloomberg) --Wealthy investors boosted bets on real estate and left hedge funds and equities as concern over high valuations and geopolitical risk push them back to basics.

They had 33 percent of their portfolios on average in real estate at the end of the second quarter, according to a survey by Tiger 21 released Tuesday. That’s a record since the group of high net-worth investors started measuring aggregate allocations in 2007.

The average allocation of members in hedge funds fell to an all-time low of 4 percent. That compares with about 5 percent in the fourth quarter of 2008 in the midst of the financial crisis. Hedge funds have been under pressure from investors troubled by their high fees and poor performance.

Michael Sonnenfeldt, founder of Tiger 21, said in an interview that the increase in real estate exposure is an “extraordinary move” that’s taken place as investors have shifted out of hedge funds and stocks. Poor returns from fixed income and concern about geopolitical risk also contributed to the move, he said.

"Our members are most comfortable with assets they can have direct ownership of. They can own a building or a part of a small company," Sonnenfeldt said, adding that many Tiger 21 members made their money in real estate and private equity. "When you have such a low ability to produce returns you go to income-producing assets."

The Tiger 21 survey differs from a more optimistic report on hedge funds last week from Credit Suisse Group AG that showed allocators intended to increase investments in hedge funds over the next six months.

Tiger 21’s network includes members with assets of about $10 million to $1 billion, and represents a combined $51 billion. The survey represents responses from about a quarter of the group’s 520 members, Sonnenfeldt said.