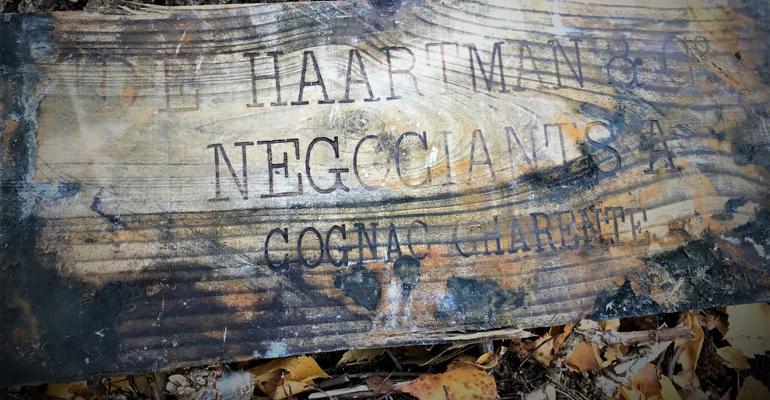 Tsar Nicholas II’s Loss Could Be Your Client’s Gain

Chances are good that hundreds of 100-year-old bottles of cognac and liqueur recovered from 250 feet under the Baltic might still be drinkable.

Some very well-aged bottles of De Haartman & Co. cognac and Benedictine liqueur might soon be available as an investment for your more eclectic clients. That’s 50 cases totaling 900 bottles of cognac and 15 cases with 300 bottles of liqueur salvaged from a Baltic ship, the steamship Kyros, sunk in 1916 while on its way to Tsar Nicholas II from France, according to the salvage company Ocean X.

Initial examination of the 100-year-old bottles by specialists in alcohol preservation look promising, with hopes that the cold water and low oxygen levels of the Baltic mean the haul is intact and drinkable. While De Haartman & Co. no longer exists, the Benedictine liqueur producer eventually came into the hands of Bacardi.

A German U-boat captain intercepted and inspected the ship carrying the libations between Sweden and Finland. With some of the other cargo deemed war material meant to support Russian forces, the Germans intentionally sunk the vessel in 250 feet of water. A salvage company, Ocean X, has been working on the project for 20 years after first locating the wreck, with the cases being painstakingly retrieved by a remotely operated vehicle.

As Smithsonian reported in a story on the find, two bottles of 17th-century wine discovered by the same recovery firm went up for auction at Christie’s a few months ago. In addition, in 2011, a 200-year-old bottle of Champagne found in another Baltic shipwreck sold for a record-breaking $43,000. In May, Atlas Obscura reported that two bottles of wine from a 350-year-old shipwreck were going to auction together as one lot at Christie’s London with the auction house estimating they might bring $33,000 to $38,000. Subsequent searches have not turned up the actual selling price and a response from Christie’s had not been received by press time.