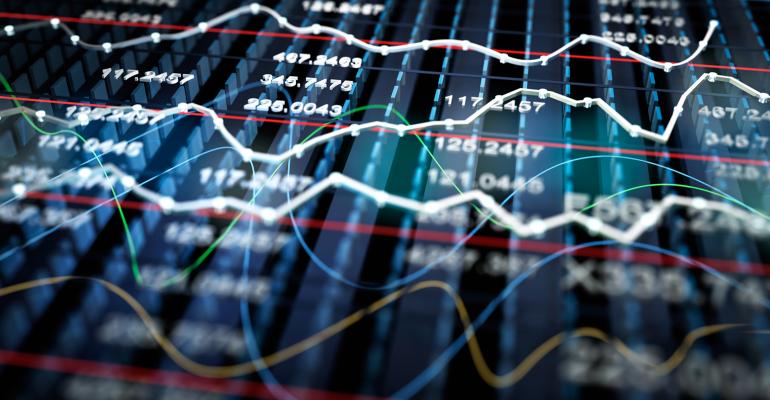 Related: Renaissance Mints Another Billionaire, With Two More on the Cusp

The in-house gold mine, the wildly lucrative Medallion fund, was suddenly looking for capital.

The firm told staff that they would be allowed to increase their Medallion stakes by at least 50 percent. The catch: they had just weeks to come up with the money.

It was a remarkable about-face for RenTech, the secretive quant firm that has restricted Medallion’s size since the early 1990s to protect its ability to generate 40 percent annualized returns after fees. Only current RenTech employees are allowed in Medallion, and even they had faced strict limits designed to keep net assets from exceeding roughly $10 billion.

As a result, many RenTech staffers were caught off guard when told in early December that these limits would be significantly raised for the first time in years. At least six executives entered into borrowing arrangements, according to regulatory filings, including co-Chief Executive Robert Mercer, whose financial and strategic support is widely thought to have helped propel Donald Trump into the White House.

The fund received at least $2.1 billion in January, company documents show. It raised the money to capitalize on market opportunities arising from Trump’s presidential victory in November, a person close to the firm said, requesting anonymity because the information is confidential.

Armed with the extra funds, Medallion generated an 11.6 percent return during the first six months of this year, according to company documents. That was lower than gains of 21 percent and 18 percent during the first halves of 2016 and 2015, respectively.

Like much about Medallion, Renaissance kept the capital raise confidential. A company spokesman declined to comment, as did more than a dozen executives contacted by Bloomberg News, including those who took out loans.

Renaissance, founded in 1982 by James Simons, the math genius who continues to serve as chairman, runs several funds for outside investors. But Medallion, which employs a proprietary computer trading strategy to predict price changes in global financial markets, returned its outside capital by 2005.

The East Setauket, New York-based firm has long maintained that Medallion can only accommodate so much cash without reducing returns. The fund has churned out gigantic gains over its lifetime and helped mint at least two billionaires with two others on the cusp, including Mercer, according to Bloomberg estimates.

To keep its net assets at the optimal level, Medallion distributes its trading profits regularly to Renaissance and its staff, instead of reinvesting the gains. Employees are only allowed to invest a set amount, though these allocations get tweaked at the end of each year. While the firm has adjusted the fund’s size in response to market conditions before, any increases have been much smaller in recent years.

“They have always been pretty strict about not doing anything that would diminish returns,” said Keith Danko, the founder of Witherspoon Partners, a Princeton, New Jersey firm that helps asset managers expand their businesses.

The first notice of a capital increase came in early December, when the firm said in an internal email that existing allocations would increase significantly, according to a person familiar with the situation. The exact size of the increase was given as the month wound down.

Medallion Fund LP, one of seven vehicles that funnel capital to the namesake main fund from Renaissance and its staff, increased its net assets to $6.4 billion as of Jan. 31 from $4.1 billion as of Dec. 31, according to company documents. It’s unclear whether Medallion’s six other feeder funds also took in additional capital.

The fund raised some of the money by keeping its fourth-quarter trading profits instead of distributing them as before. Employees had several weeks to get the money or see their share of Medallion’s profits diluted, according to the person familiar with the situation. It was a boon for those with cash on hand, but a challenge for workers who didn’t have money sitting around.

Mercer’s allocation would have increased by at least $100 million, the person familiar with the situation said. He entered into a financing agreement with Meritage Group, a San Francisco-based asset manager overseen by Nathaniel Simons, the son of Renaissance’s founder, according to documents filed on Dec. 28 with the New York Department of State. Mercer and a trust in his name each pledged their entire Medallion Fund LP stakes as collateral, according to the filings, which don’t specify the amount of the loan. A spokesman for Meritage declined to comment.

At least four other Renaissance executives got new credit lines from JPMorgan Chase & Co. around the same time, regulatory filings show, while a fifth added collateral to an existing financing arrangement with the bank. Insiders may not have used all of their loans or credit lines for the Medallion investment, said one of the people familiar with the matter. A spokeswoman for the bank declined to comment.

Many of the investors in Meritage are Renaissance employees. It began as a way for Simons and other members of the firm to diversify the profits they received from Medallion, initially parceling out assets to other hedge fund managers and later also investing in private equity deals. Meritage expanded the description of its activities in a year-end regulatory filing to include that it “may originate loans, including, but not limited to, senior, second lien and mezzanine loans.”