Do investors need gold in their portfolio?

This week, the Bureau of Labor Statistics reported the Consumer Price Index (CPI) rose for the first time since February. In June, the cost of the benchmark basket of goods and services climbed 0.6%. On a year-over-year basis, the CPI also rose 0.6%, its first uptick this year.

So, is inflation finally on an upswing? Well, one month’s report does not a trend make, but one thing’s certain. Inflationary expectations have been on the rise since March.

In fact, inflationary expectations are rising at their fastest rate in the past six years. You wouldn’t think so if you use commodity prices as your yardstick, though. If you look at the strongest 52-week trends—the 10 most bullish and the 10 most bearish—across the futures markets, you’ll note an overall weakness, especially in those commodities that are priced into the CPI basket. 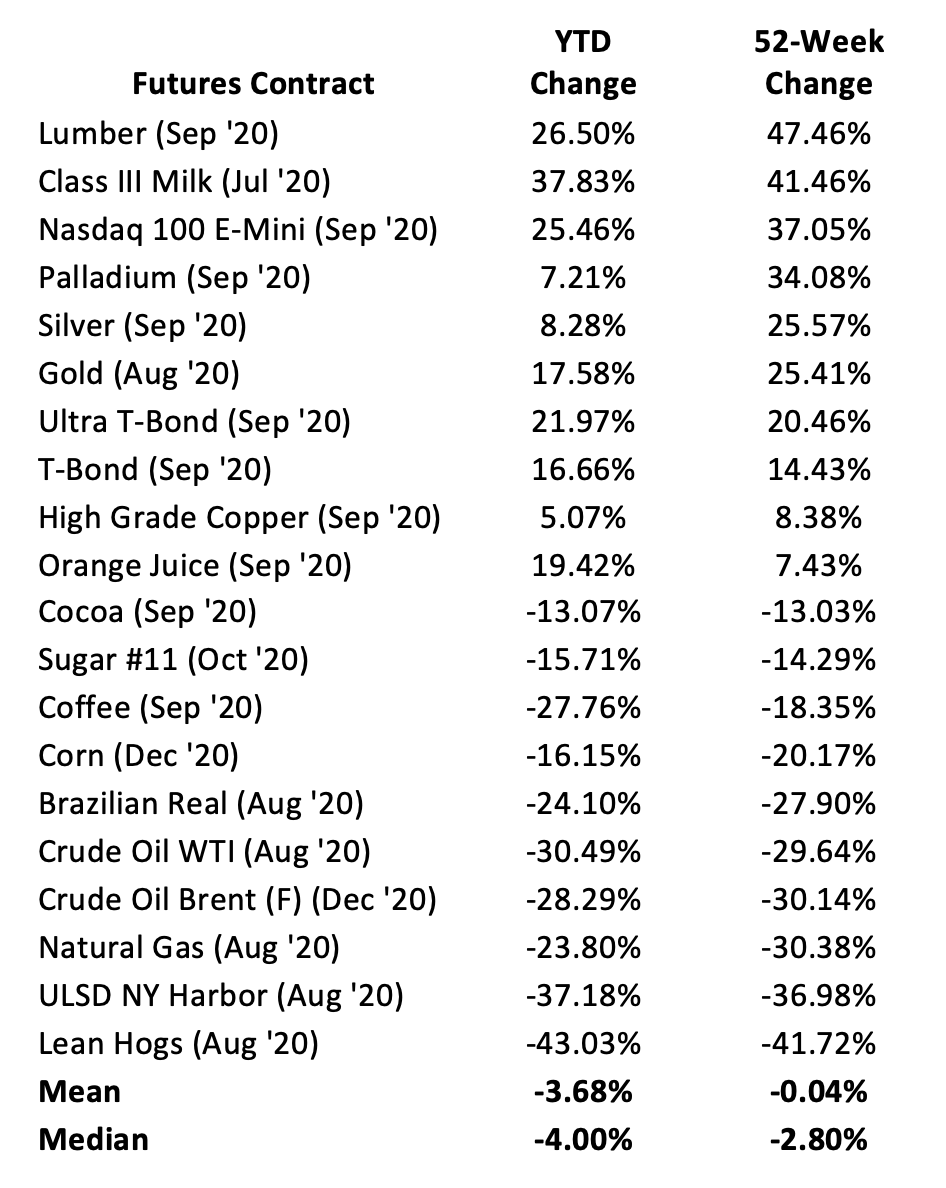 The wide spread between the mean and median values in year-long trends points to a nonnormal distribution skewed toward declines. Note the divide between financial and nonfinancial futures. The median change for nonfinancial commodities is -13.66%; for financial assets it’s +20.46%. The reason for this is a topic for another day. For now, suffice it to say that the softness in physical commodities is reflected in current Consumer Price Index (CPI) data, which has been on a downturn this year. Expectations for future inflation, captured by the 10-year breakeven inflation (BEI) rate, have been on the rise.

The BEI rate is the yield difference between the nominal 10-year Treasury note and its Treasury Inflation-Protected Security (TIPS) counterpart. It represents the average inflation level at which an investor would be indifferent to selecting a TIPS over a conventional T-note. In other words, at that level of inflation, both securities offer the same total return. If inflation is expected to exceed the current BEI, a sentient investor would opt for the TIPS; when 10-year inflationary expectations are lower than the BEI, a vanilla Treasury security would be likely to outperform a TIPS. 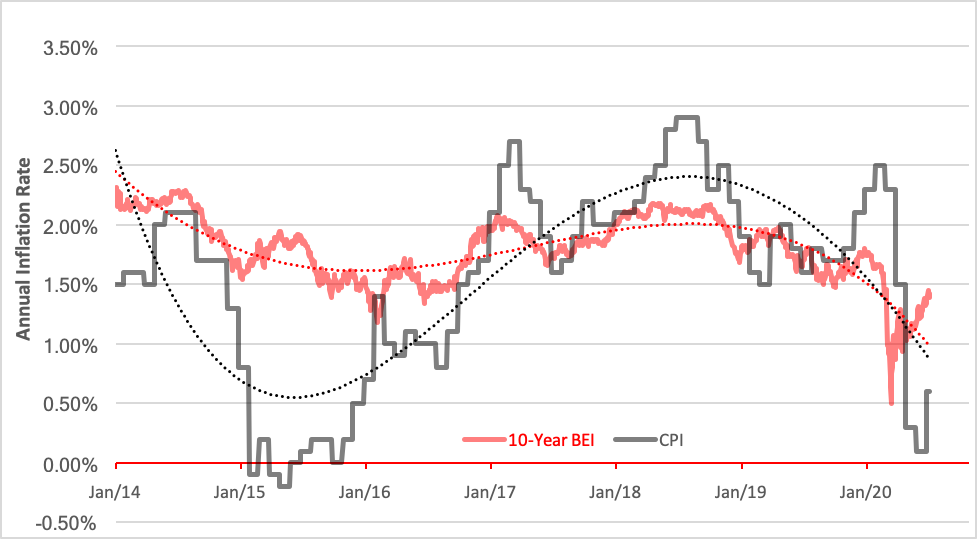 One can argue that the BEI rate is rising as fast as it is because the CPI declined so precipitously. With CPI this low, it’s said, inflation is certain to be higher in the future. But let’s put this in perspective. Inflationary expectations took a header as the COVID-19 outbreak grew to pandemic proportions. One key reason: Demand dried up—especially for energy products—as consumers went into lockdown. The costs of many other goods and services included in CPI surveys also fell as companies cut prices to drum up sales.

To stave off the economic devastation that could be wrought by the pandemic, the Federal Reserve slashed its policy interest rate to near zero and injected liquidity through massive purchases of Treasury and mortgage-backed securities, among other measures.

The Fed’s thumb on the rate scale has set nominal yields and inflationary expectations on opposite trajectories, creating a bullish environment for commodities that don’t figure highly in the CPI. Particularly gold. Gold is highly correlated to real, i.e., inflation-adjusted, yields. When real yields fall, as they have since November 2018, gold is pushed higher. You can see the interplay between real 10-year T-note yields and gold in the chart below. To better illustrate the relationship, the real yield (the red left-hand) scale has been inverted: A rising trajectory depicts declining yields. 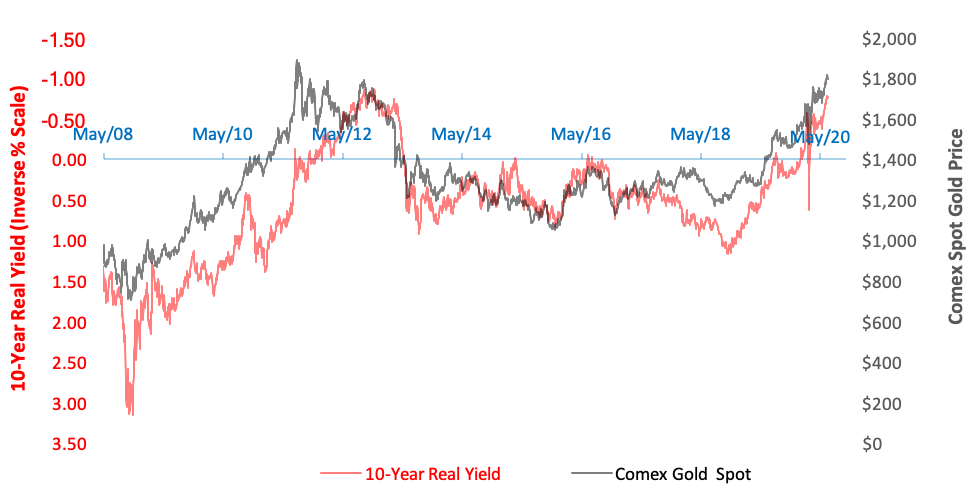 Gold is often touted as a bulwark against inflation, but bullion’s really a real rate hedge. Yes, inflation figures into the equation, but not as much as most investors think.

We, in fact, have seen the opposite of inflation this year, but gold still rose. The lesson here? To better gauge gold’s hedge utility, keep an eye on real yields, not on CPI.