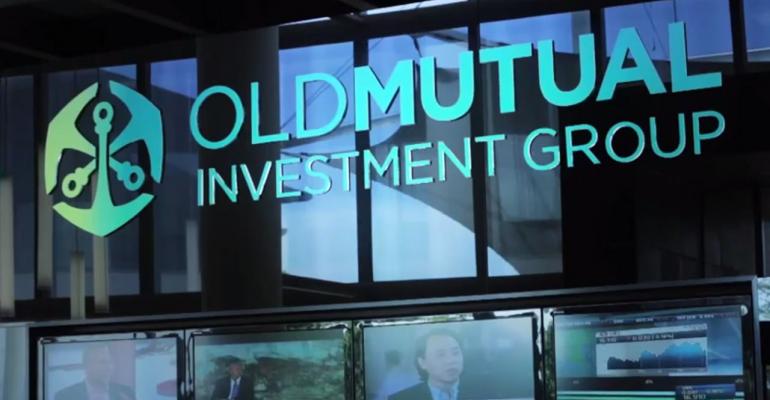 The Quant Investor That's Beating Its Peers by Mixing It Up

(Bloomberg) --Old Mutual Global Investors is proving the benefits of not being tied down to a single investment style.

For eight of its funds, overseeing a total of $15 billion, the London-based firm dispenses with the usual practice of labeling products according to their investment approach -- whether it’s value, macro or growth. Instead, the funds can effectively switch between styles, buying whatever a data-run model favors at a particular time.

The result: a 38 percent return in the 12 months through May for Old Mutual’s $2.6 billion North American equities fund. The equivalent MSCI Inc. index made 17 percent with dividends re-invested.

“If you’re looking for an actively managed U.S. equity fund, you can find many funds focused on a single style of investing,” Amadeo Alentorn, one of the three money managers responsible for the strategy at Old Mutual, said in an interview at his London office. “But there aren’t so many flexible funds able to adapt to different market environments. We can shift styles quite aggressively.”

The money managers, together with four analysts, have a group of 5,000 companies that they score daily according to factors including the valuation of their stock, growth profile and management effectiveness.

To determine the weighting of these factors, Old Mutual “takes the temperature of the market” and sees what strategies outperformed under similar circumstances in the past, said Alentorn, 38, who’s also the firm’s head of research. If defensive stocks did well before, then the model will prioritize similar companies now.

Being able to change investment styles allowed Old Mutual to latch onto the rotation into cyclical stocks -- those whose prices are determined by the ups and downs of the economy -- before most of its peers 12 months ago. Sixty-four percent of active U.S. equity fund managers failed to beat their benchmarks in that period, Morningstar Inc. data show.

What Alentorn calls his model’s systematic approach has also helped it react quickly to the fast-changing market over the past five years, when Old Mutual’s North America equity fund returned 174 percent, compared with 97 percent for MSCI’s benchmark index.

The model has since rotated toward a more risk-neutral position as hope  fades that the U.S. administration will enact meaningful tax and infrastructure reforms.

“Over the last few years, there’s been a high degree of rotation across styles,” said Alentorn, a 12-year veteran of the Old Mutual asset-management unit, whose total funds are about $45 billion. “There hasn’t been a single style which would have outperformed consistently.”

Quantitative, or computer-driven, investment strategies are increasingly  popular among money managers looking to improve performance as traditional fundamental analysis struggles to outperform benchmarks. Old Mutual’s model uses data to come up with investment recommendations, but stops short of the fully quantitative funds, which go as far as having machines make trades.

Old Mutual’s model does share some characteristics with fully quantitative strategies. Staff don’t need to subscribe to brokers’ research. And while most investors meet company chief executive officers every quarter, Alentorn and his colleagues don’t see the need.

There have been rare instances when the Old Mutual staff decided not to implement the model, such as during  BP Plc’s Gulf of Mexico oil leak in 2010 or the Fukushima nuclear meltdown the following year. These hard-to-predict, “binary” events are difficult to model and require a human touch, said Alentorn.

Yet these instances are few and far between.

“The last thing I want to do is to be tinkering with the portfolio, overreacting to what’s happening out there,” said Alentorn. “There’s a lot of noise in the market.”