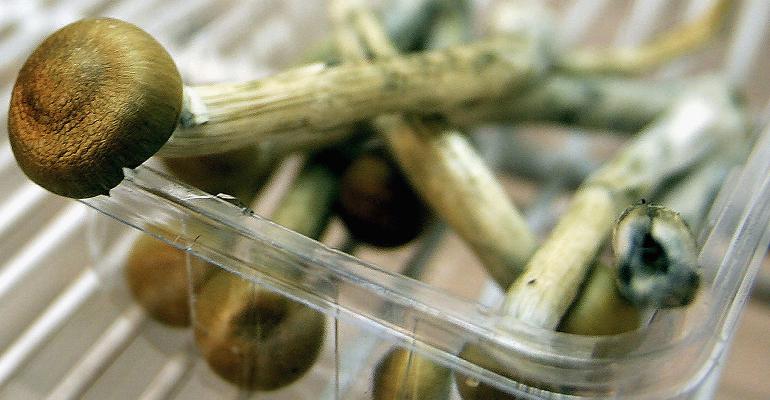 Opportunities for those with big fortunes and bold tastes.

(Bloomberg) --When money and connections mean you can invest in just about anything, anywhere and over any time frame, what winds up in your portfolio?

Yes, the rich are buffeted by the same forces affecting everyone else: rising rates, trade wars and global populism. But in the rarefied world of ultra-high-net-worth investors, diversification doesn’t mean index funds or assembling a standard stock/bond/cash mix.

With prospects for equities uncertain, Bloomberg canvassed wealthy investors and advisers to find unusual opportunities in 2019 open to those with big fortunes and a taste for the exotic. Following is a sampling of the possibilities.

“The hedge funder’s new Ferrari” is not Italian, fast or even a car, according to financier-turned-art dealer Asher Edelman. It’s a high-octane financial maneuver tied to the sale of artwork that’s part insurance policy, part betting slip.

Offering a guaranteed minimum price to those putting fine art on the block has become standard at top auction houses. Sellers like knowing that works won’t go unsold. In return, if the art sells for more than the guarantee, some of the profit above the prearranged bid goes to the guarantor.

To offload risk, auction houses are negotiating more “irrevocable bids”—also known as “third-party guarantees”—with investors who may see it as a display of financial prowess. With the art market peaking, opportunities abound but carry greater risk and should be approached with caution.

The biggest profit for a guarantor was last year’s auction of Leonardo da Vinci’s “Salvator Mundi” at Christie’s. Guaranteed to sell for more than $100 million, the painting was hammered at $450 million. Philip Hoffman, founder of the London-based Fine Art Group, estimated that the guarantor made as much as $150 million.

For those on a tighter budget, a Chinese company  plans to finance the purchase of a $75 million Michelangelo painting by issuing 7.5 million restricted shares at $10 a pop. Yulong Eco-Materials Ltd. said it’s offering “the opportunity of its acquired masterpieces to anyone with a brokerage account.”

A red 1962 250 GTO owned by technology executive Greg Whitten sold in August for a record $48.4 million. Just 36 were made. (And yes, it reportedly went to auction with a financial guarantee.)

More owners are buying and barely driving supercars because low mileage means a higher price later on, said Ferrari expert and racer Todd Morici. (He calls those cars “garage art.”) Vintage autos as a category returned 288 percent in the past decade, according to the Knight Frank Luxury Investment Index, or more than twice that of the S&P 500 Index.

Morici, 62, owns five Ferraris and builds collections for European and Middle Eastern buyers through his Morici Motor Sports LLC. Buying the right car is like buying the right stock, he said: “You can pay more to buy the best, because at the end, it will be worth more.”

Mere money won’t always get you one. Ferrari allows only clients who race in its motorsports program to buy the special edition 488 Pista Piloti. Morici has a Blu Tour De France Pista Piloti on order for $500,000.

In any case, buyers aren’t plunking down piles of cash. The line of credit Morici has with Ferrari enables him to borrow up to 70 percent of the appraised value at what he calls “a friendly rate.”

Weed is so 2018. Next year, cutting-edge investors are going psychedelic.

Those pushing boundaries aren’t wearing tie dye and driving VW buses, but are at work in the lab and treatment room. There’s a renewed wave of research and testing the use of hallucinogenic compounds, primarily psilocybin, the active ingredient in “magic mushrooms,” to alleviate treatment-resistant depression, post-traumatic stress disorder, addiction and other conditions.

In the U.K., Compass Pathways has produced a synthetic version of psilocybin for a large-scale clinical trial launched in September. The trial is taking place in Europe and North America over the next year or so, with healthy volunteers taking the drug under the supervision of psychiatrists, according to the life sciences company.

“It just feels like a cultural shift going on,” said billionaire Mike Novogratz, who’s an investor in Compass Pathways. “It’s been around for thousands of years; people kind of know its side effects.”

Other backers include German investor Christian Angermayer and venture capitalist Peter Thiel. Angermayer’s family office founded Atai Life Sciences AG, which is backing studies of psilocybin to treat depression and has a stake in Compass Pathways.

In the upper echelons of wealth, bespoke products abound, and that includes tailored investments.

A product Citigroup Inc.’s private bank may offer clients in 2019 is tied to the electric vehicle market. The firm’s analysts expect the majority of vehicles to be battery powered by 2030, and that the $22 billion industry will swell to $100 billion by 2025. While the consensus view is that the lithium-ion battery industry has low margins, Citigroup believes “very efficient manufacturers will generate higher profit margins over time,” said David Bailin, the unit’s chief investment officer.

Bailin envisions a security that would track the performance of seven stocks exposed to battery manufacturers and the mining of raw material used in their production. If projected price targets are reached, the portfolio would have a 36 percent average return over the first 12 months, Bailin said.

Buyers will get their initial investment back at maturity, while receiving 70 percent of any performance gains. The fee on a five-year note would be 1.75 percent.

“Clients can choose when to get in but won’t be taking a significant capital risk if the note-writer pays it off at maturity,” Bailin said.

For most entrepreneurs, the business they own or operate is their portfolio. For Steven Millstein, co-founder of Ridgewood, New Jersey-based Stro Cos., that means owning commercial real estate. While Amazon.com Inc.’s dominance has caused countless retail rivals misery, Millstein has seen a more felicitous effect: It has driven up rents for his warehouses.

“For me, the Amazon effect is primarily that 53 percent of sales on their platforms are from third-party sellers,” Millstein said. “Those sellers are often tenants in my buildings.”

Amazon’s decision to open a satellite headquarters in Long Island City, New York, “was huge for us, and further justification for adding to this asset class,” Millstein said. Stro has about 2 million square feet and 26 buildings in Northern New Jersey and plans to add another in early 2019.

Millstein describes himself as “a generational owner” with no plans to sell. One measure of the return on his investment: “In the last few years, we’ve purchased buildings and within a year to three years were able to get all of our equity out through a refinance,” he said. “We have all of our risk off the table, and we coupon-clip going forward.”

Cleaning Up After Crypto

Cryptocurrencies had a horrid year, but there’s still a play for 2019 with the potential to do well in good and bad markets.

That’s the hope of investors in crypto-tax software startups, including San Francisco’s CoinTracker, Seattle’s ZenLedger and TaxToken. In a world where Bitcoin’s price has tumbled about 80 percent, it’s telling that the next product on ZenLedger’s agenda is a tax-loss-harvesting tool.

Tracking capital gains and losses in crypto can be a nightmare, even for accountants, and the Internal Revenue Service has stepped up its enforcement actions. The agency looked into how many Form 8949s, where taxpayers report dispositions of capital assets, had property descriptions it deemed “likely related to Bitcoin.” The answer: a paltry 800 or 900 annually for the years 2013 through 2015, which is likely understated.

Vestigo Ventures, Castle Island Ventures and Initialized Capital are among the investors who have backed some of the startups.

The wealthy have the luxury of being able to buy what they love, even if the payoff isn’t immediately apparent. For Michael Sonnenfeldt, founder of  Tiger 21, an investment network for the rich, that means bulk estates of photographers, including those connected with iconic images of celebrities such as Marilyn Monroe and Elvis Presley.

Purchases typically run into the millions of dollars and can include cameras, lenses, tripods, thousands of photos, and undeveloped rolls of film and video, along with the potential to license the images. “You need a 20-year plan to think of how you build a world-class photo collection,” Sonnenfeldt said.

One of Sonnenfeldt’s purchases was the estate of Hungarian-American fashion photographer Andre de Dienes, who Sonnenfeldt said “literally discovered Marilyn Monroe” after she was sent to him as a 19-year-old model for a photo series he was shooting of nudes.

Sonnenfeldt got thousands of photos, including many prints of Monroe from age 19 to 24, the intellectual property rights, book rights and negatives. More recently, he bought the bulk estate of Alfred Wertheimer, known for a famous photo of a young Elvis Presley kissing a girl backstage.

“If you go to the licensing convention in Las Vegas, the three most iconic images of the 20th century are Elvis, Marilyn Monroe and Muhammad Ali,” Sonnenfeldt said.