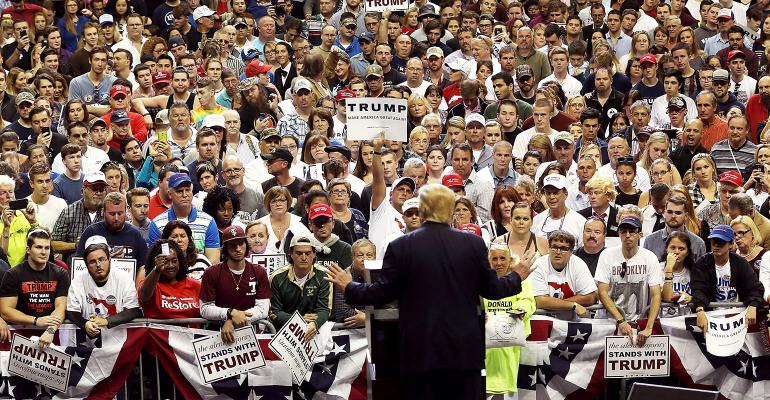 Community investing was the fastest growing SRI strategy over the last two years; populism likely had a hand in the rising interest.

Populism has been a rising trend in the U.S. in the last few years, especially with the election of President Trump in November. A new report by the Global Sustainable Investment Alliance shows that the rise in populism could be driving a recent surge of interest in community and impact investing.

“In this U.S., there’s a great deal of distrust of large U.S. banks, and there was a very notable movement by people — retail investors and depositors — to move their accounts to more community-oriented banks, banks that have a mission of community development,” said Meg Voorhes, director of research for US SIF: The Forum for Sustainable and Responsible Investment. “That was one way, I think, that we saw this populist anger get expressed.”

The 2016 Global Sustainable Investment Review draws on in-depth regional and national reports from the organization’s members, including US SIF, Eurosif, Responsible Investment Association Australasia, and RIA Canada. The report says impact investing includes community investing, and defines it as capital that is “specifically directed to traditionally underserved individuals or communities, or financing that is provided to businesses with a clear social or environmental purpose.

“It really is a kind of direct investment into really improving the conditions of communities,” said Lisa Woll, CEO of US SIF.

“Given the expected efforts by the administration to roll back the clean power plants, possibly step out of Paris and basically take a more hostile approach to the environment in general — plus a range of other social and governance issues — there’s reason to believe that investors will increasingly see putting pressure on publicly traded companies as a way to move the field forward and to move these issues forward,” she said.

Total SRI assets in the U.S. were at $8.72 trillion at the beginning of 2016, up 33 percent from $6.57 trillion in 2014. SRI now accounts for nearly 22 percent of total managed assets in the U.S., the report found. ESG integration is the most popular sustainable investment strategy in the U.S., followed by negative/exclusionary screening.

While the SRI market is still dominated by institutional investors, retail interest continues to grow. The relative proportion of retail SRI investments in Canada, Europe and the U.S. increased from 13 percent in 2014 to 26 percent at the start of 2016.