/sites/all/themes/penton_subtheme_wealthmanagement/images/logos/footer.png
Recent
Recent
Russian Billions Hidden in US Spur Backlash to Financial Secrecy
May 18, 2022
Macquarie Alum’s GreenPoint Eyes $1 Billion for Real Estate Bets
May 18, 2022
401(k) Real Talk Episode 16: May 18, 2022
May 18, 2022
The Stephen and Kevin Show: All About Financial Advisor Podcasts
May 18, 2022
Featured
The 10 Best and 10 Worst States in Which to Retire in 2021
Jul 15, 2021
Poll: 15 Classic Books on Investing and the Markets
Apr 03, 2020
Fifteen Must-Listen Business Podcasts for Advisors
Aug 14, 2020
Celebrity Estates: Jay Leno and Planning for Classic Car Collections
Feb 22, 2022
Bloomberg
brought to you by 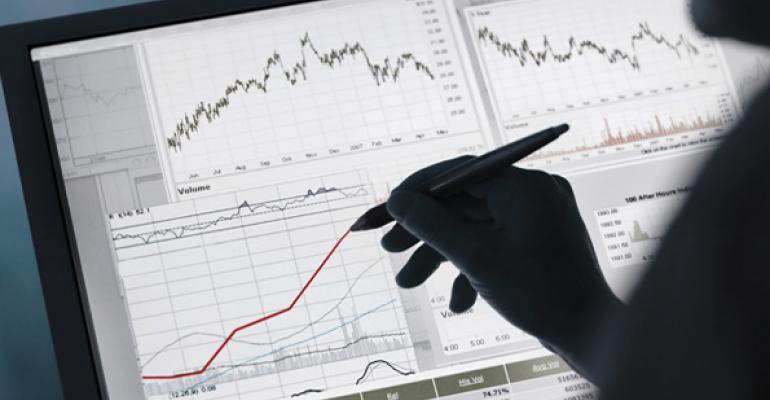 The marriage of old-school managers and data-driven quants can be rocky.

(Bloomberg) --As hedge funds embrace the cool calculations of big data, they find themselves wrestling with something far more human -- a struggle for power.

The firms have been loading up on data scientists and coders to deliver on the promise of quantitative investing and lift their ho-hum returns. But they are discovering that the marriage of old-school managers and data-driven quants can be rocky. Managers who have relied on gut calls resist ceding control to scientists and their trading signals. And quants, emboldened by the success of computer-driven funds like Renaissance Technologies, bristle at their second-class status and vie for a bigger voice in investing.

Stories of this uneasy alliance abound. At Point72 Asset Management’s big data group, Aperio, the goals of Chief Data Scientist Michael Recce, a former professor of information systems, conflicted with the demands for fast results in the firm’s high-intensity culture, according to people familiar with the matter. Recce left  Steve Cohen’s firm after about 15 months and Aperio is being rebuilt. At BlueMountain Capital Management, some quants frustrated with their subordinate role departed for the likes of  Google Inc., where technologists are the stars.

“You can’t just say, ‘Let’s hire some Ph.D.s and put them in the back room and they’ll figure it out,”’ Vladimir Novakovski, a former money manager who is chief technology officer at research firm Euclid Analytics, said about the industry. “That’s a very traditional way of thinking. They have to treat these folks like owners where they have some influence over the investment process.”

Point72 and BlueMountain have been at the forefront of the push by fundamental firms to incorporate quantitative models and big data. But even they face challenges in wedding the old with the new. This story is based on interviews with more than 15 people who have knowledge of their efforts.

Ted Smith, an external spokesman for the $21.5 billion BlueMountain, declined to comment. Point72 President Doug Haynes dismissed the existence of a clash between quants and fund managers at the $11 billion family office.

“The notion that there was or is a conflict between technologists and money managers is a false premise,” Haynes said in an e-mailed statement. “Everyone wants to figure out how to use better science to drive better outcomes.”

Aperio, drawn from Latin word for discover, wasn’t Cohen’s first crack at quantitative investing. He set up a computer-driven unit many years ago that’s now called Cubist Systematic Strategies and operates separately from the rest of Cohen’s family office. With Aperio, he sought to bring together the distinct approaches of data scientists and the long-short equity managers who dominate Point72.

Recce, who was hired in August 2014 to lead Aperio day-to-day, had big ambitions. A Ph.D. in neuroscience, Recce’s eclectic background included developing a handgun technology patent and algorithms for internet advertising. At Aperio, his mission was twofold: use big data sets to generate research and tools for discretionary managers as well as run a pool of money, according to the people, who asked not to be named.

Scientists like Recce use machine learning algorithms to analyze the fire hose of data from credit cards, satellites and social media and find patterns, or signals. The goal is that these fresh insights will produce a winning wager. Quants, for instance, scrape social media and internet forums for consumer complaints about particular brands, helping investors decide whether to short retail stocks.

Aperio had hired about 30 staffers by 2015. It worked from its own offices in New York, with a big kitchen and lounge in the mold of a startup, about 10 blocks away from Point72’s Manhattan office for discretionary managers.

Several former Point72 employees don’t recall top management announcing the start of Aperio and were surprised to learn of the unit at events like the company’s holiday party. The lack of communication bred distrust of the quants and concerns about their influence, the people said.

The divide between Aperio quants and fundamental money managers was also intellectual. They struggled to communicate about the basics, like how big data could inform investment decisions. Recce’s team, which was stacked with data scientists and coders, developed trading signals but didn’t always fully explain the margin of error in the analysis to make them useful to fund managers, the people said. The strained relations between scientists and managers could be likened to a meeting between the captains of a brainy chess team and a pumped-up football squad.

“Data scientists and engineers working in isolation are very unlikely to deliver a product that satisfies the need of fundamental investors. There are so many different data sets and so many different things that can be done," said Emmett Kilduff, whose Eagle Alpha advises buy-side firms on technology. "A lot of time and money can be wasted."

Haynes, who joined Stamford, Connecticut-based Point72 in early 2014 after about two decades at McKinsey & Co., and other senior managers grew dissatisfied with Aperio’s progress and impact on returns, the people said. When the group obtained new data sets, it spent too much time developing theories about how to process them rather than quickly producing actionable results.

Haynes moved to narrow Aperio’s twin mission about two years ago, putting more focus on providing research for fund managers, the people said. Point72 said in July 2015 that it hired Matthew Granade, the former co-head of research at Bridgewater Associates, to oversee Aperio as well as economists and other research efforts. Recce was gone by October and several quants also left. They were frustrated with poor communication within the firm and what they saw as Aperio’s diminished ambitions, the people said.

David Loaiza, who most recently worked in compliance analytics at JPMorgan Chase & Co., was hired as Aperio’s new leader in May of last year. Loaiza has made it clear that the group should provide useful information to analysts so the firm can make money, according to a person familiar with the matter.

“We are engaged in a broad-based transformation, using these new data sources in every part of our business -- quant and discretionary -- as well as finding whole new ways to invest with it," Granade, chief market intelligence officer, said in an e-mailed statement.

At BlueMountain, the New York hedge fund founded in 2003, quants have struggled to gain more influence over investing. Early on, they focused on valuing credit-default swaps and other derivatives that required heavy number crunching. After the 2008 financial crisis, the firm pushed into illiquid distressed debt and corporate credit markets, where quantitative trading signals may be harder to divine.

BlueMountain traders have often viewed quants in the firm’s Quantitative Strategies group, which has about 50 staffers, as a sideshow to the investing process, according to people familiar with the matter. That rankled technologists, who wanted the group to be a driver of returns rather than seen as hired help for managers.

When quants showed their risk analysis and trading signals to fundamental managers, they sometimes were rejected as nothing new, the people said. Quants at times wondered if managers simply didn’t want to give them credit for their ideas.

The two sides also held regular meetings to hash out how they might use systematic strategies in discretionary trading. There was a lot of jawboning, but quants saw little progress in getting money managers to incorporate their signals, one of the people said.

The friction, as well as sexier jobs and perks at technology firms, have led to a revolving door of quants over the years, according to the people. At least eight quants who left BlueMountain last year joined high-frequency trading firms and tech companies including Google.

Although collaboration between the two sides isn’t perfect at BlueMountain, it’s better than at many of its traditional peers and banks, several of the people said.

BlueMountain is starting to let quants wield more power. The firm filed documents last year to establish a standalone systematic hedge fund. Yang Lu was hired from AQR Capital Management in 2014 to help manage the strategy, alongside Chief Technology Officer Perry Vais, which had grown to $400 million at the end of 2016.

“The guys who run the funds today come from the fundamental side,” said Ronaldo Ama, who works with hedge funds to develop machine-learning technologies at consulting firm Ayasdi. “Where do you think they will come from 20 years from now? My theory is absolutely from the quant side.”