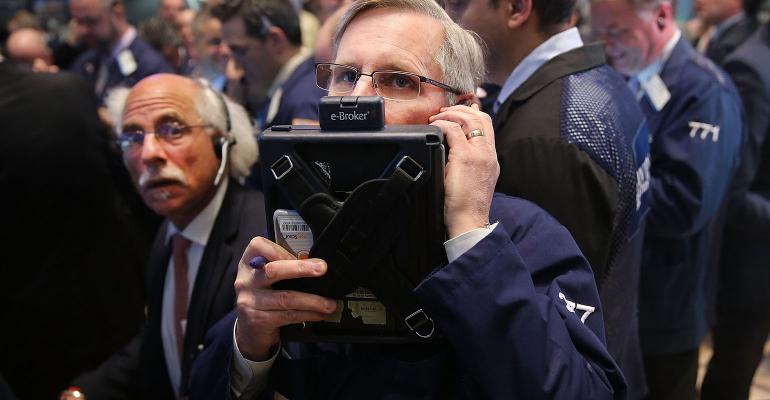 “A lot of hedges have disappointed, so people are looking for something different.”

by Adam Haigh
(Bloomberg) --The old recipe of using bonds to hedge against risks from equity holdings may not be a winner anymore, and investors would be better off with a more complex approach that relies on multiple tactics, according to Pacific Investment Management Co. analysis.

With stock prices hitting historic highs across the globe, and the U.S. enjoying its second-longest bull run in history, there’s plenty of reason to seek protection. All the more so when measures of volatility in equity, currency and bond markets sit near the lowest levels ever -- a potential gauge that complacency has set in. But after a three-decade bull run of their own, debt securities may not be the best option for shoring up returns.

“For most of the past 20-plus years, bonds have fulfilled this role in portfolios, aided by a substantial tailwind of stable or falling inflation,” Pimco analysts including Jamil Baz in Newport Beach, California, wrote in a report distributed Tuesday. “Bonds will continue to be a key part of portfolios, but the potential for both positive expected return and negative correlation with equities may be tested at times.”

When multiple risk-mitigating strategies are used together, correlations of the hedge with equities decline and the portfolio’s Sharpe ratio -- a measure of excess returns relative to volatility -- increases, according to quantitative-research findings carried out by Pimco, which made its name in bond funds.

Here’s a hypothetical example from the paper: The most obvious alternative would be buying put options on stocks or a stock index, though those can be expensive. Another tactic is going long stocks with the "smallest betas" -- those that rise or fall much less than the overall market -- and selling short a market-capitalization weighted index. A third involves shorting a selection of commodities.

The researchers, who included Josh Davis and Graham Rennison, acknowledged the limits of their quantitative research, making the caveat clear in their paper.

"At the end of the day it’s an empirical matter," rather than a theoretical one, said Baz, Pimco’s global head of client analytics. "It’s entirely conceivable that the idea may not work for certain periods."

Pimco, one of the world’s biggest asset managers, says the role of fixed-income assets as hedges against equity losses is waning due in part to the low term premium -- the extra yield investors get from buying a longer-dated bond than continually rolling over shorter-dated ones. Ten-year U.S. Treasuries now yield 2.36 percent, compared with an average of 4.16 percent over the decade through 2010. Some scenarios could see both bonds and stocks hit -- such as a shock to oil supplies that triggers a surge in energy prices, the research indicated.

"Combining strategies with positive return and negative correlation may be more akin to a free lunch at a three-star Michelin-rated restaurant," said Baz, whose 30-plus year career in finance included stints at the World Bank, Goldman Sachs Group Inc. and Man Group Plc.