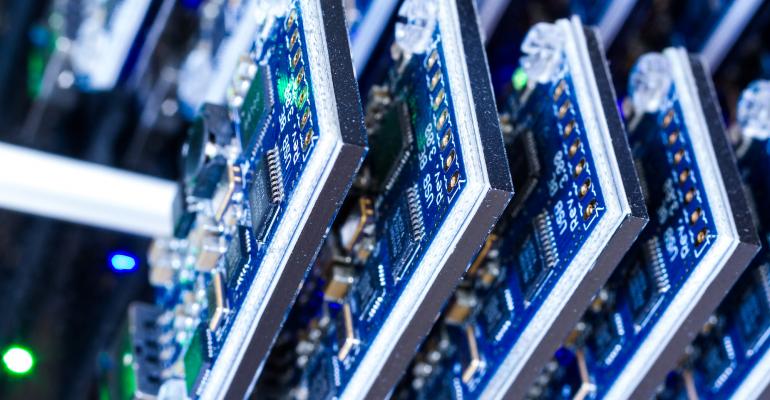 There’s a pipeline of about $2 billion in digital assets sold through initial coin offerings waiting to start trading.

(Bloomberg) --The digital token market may be about to become a little bit more like Wall Street.

tZero, a subsidiary of online retailer Overstock.com Inc., is joining with Argon Group and RenGen LLC to form a digital tokens exchange that Overstock Chief Executive Officer  Patrick Byrne said will be the first in compliance with Securities Exchange Commission and Financial Industry Regulatory Authority guidelines. There’s a pipeline of about $2 billion in digital assets sold through initial coin offerings waiting to start trading, with the first tokens expected to list in the fourth quarter, the companies estimate. Byrne’s long-term bet is that all securities will eventually be tokenized and trade using blockchain technology. An exchange that falls under the SEC umbrella is a step towards that.

“It’s a cleaner, more efficient, less expensive market,” Byrne said Tuesday at tZero’s offices in New York. “It will start with ICOs, but all the forces of economics will drive blue-chip issuers to this, and eventually we’ll see the first McDonalds or GM tokens. This isn’t going to stay a novelty.”

Blockchain-based digital tokens have raised more than $2 billion, according to Coin Desk, surpassing venture capital funding, while the cryptocurrency market has ballooned to $130 billion, including bitcoin.

Argon Group, which advises companies in their ICO process, will provide a vetting process for the tokens listed in the exchange, as concerns rise about a bubble in the ICO space, with companies raising millions of dollars with no working product. RenGen will be the market-maker in the exchange.