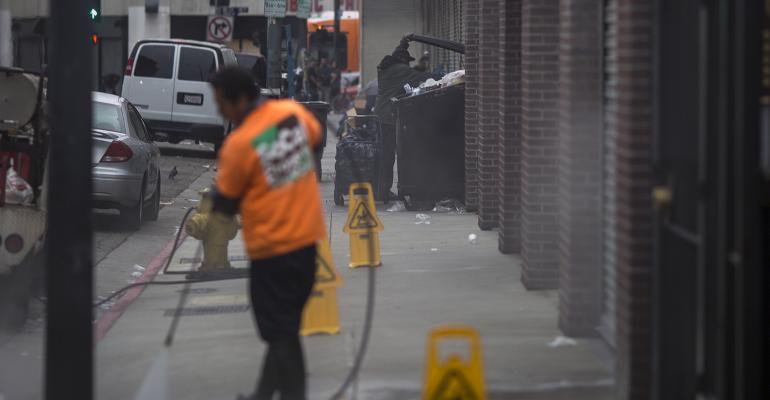 A flood of new funds are rising up to help investors take advantage of the new tax breaks, but hedge fund-like fees, risky projects and a lack of oversight could lead your client down a black hole.

The opportunity zone tax benefit has received a lot of attention. The program, born out of the Trump administration’s tax overhaul, lets investors defer and reduce capital gains taxes in exchange for investing the money in designated low-income neighborhood development projects. No doubt some clients are asking advisors about it, and there has been a proliferation of investment funds launched to accommodate the demand.

But experts say while the incentives have the potential to be a great deal for all involved, clients need to be aware there is no guarantee their investment will work out as planned, nor any certainty they’ll help the distressed communities they are targeting.

“The potential tax benefit is uncapped: there is no limit on how much in capital gains can be deferred,” says Steven Rosenthal, senior fellow at Urban-Brookings Tax Policy Center. “But the social benefits are undetermined. We have embarked on quite a gamble to entice investors to put their capital gains in opportunity-zone funds.”

All 50 states have opportunity zones that are supposed to consist of economically-distressed areas. Investors who take a capital gain on any investment can stick the gain into an opportunity-zone investment fund and thereby defer taxes on the original capital gain until Dec. 31, 2026.

If they hold the opportunity-zone fund investment for more than 10 years, they face no tax for any capital gains garnered through the fund.

But some asset managers expect a wider pool of investors to take an interest. Already, there are almost 100 Opportunity Zones funds that have raised some $23 billion in capital to invest. But they are not for the mass affluent. “It’s a tax benefit directly to high-income taxpayers,” Rosenthal says. “It’s the top 10 percent who realize 90 percent of capital gains ever year.”

Investors, and their advisors, need to vet the nuts and bolts of the development deals the fund managers are targeting—not all managers have experience in the often complicated public-private partnerships or commercial real estate projects these funds will invest in. The capital gains tax break will matter little if the fund loses an investor’s money on a bad deal or shuts down entirely. “If the place you invest in turns out to be a disaster, you can lose your whole investment,” says Richard Rampell, a principal at MBAF, an accounting and business consulting firm, in Palm Beach, FL. “You have to evaluate the funds. They may be good, and they may not be good.”

But there’s a very good chance they will be expensive; Some fund fees can run into the hedge fund-like stratosphere, charging 2 percent of assets and taking 20 percent of returns.

As with any other investable market, diversification is key to lowering the risks. Some funds target only one designated zone or one type of property; others invest in multiple projects across states.

One of Rampell’s clients contemplated an opportunity-zone investment, but ultimately held fire when they took a closer look at where the money would go. “They felt the benefits were too remote and iffy,” he says. “They felt there were problems with the neighborhood.”

Of course, it may be riskier to go it alone; Rampell had another client who wanted to do well on his taxes by doing good socially and do it without a manager in the middle. He invested directly in Section 8 housing for low-income residents. “He regretted it,” Rampell says. The investment took a lot of the client’s time, especially problems with the tenants themselves. “These are very labor intensive investments compared to regular developments,” Rampell says. “You have to decide whether you want to deal with these issues.”

Some of the opportunity zones aren’t in desperate need of assistance. An Urban Institute study found that 28 percent of the areas originally nominated as opportunity zones by governors were located in areas with high investment already—which could potentially lower returns for new investors. The zones include Glenwood Springs, Col., which is near Aspen and “one of the most idyllic mountain towns you could ask for,” Nitti says. Long Island City Queens, where Amazon considered locating in New York City, also is part of an opportunity zone.

Another danger: The funds are required to put 90 percent of their assets to work; if there aren’t enough viable developments in the pipeline, that could lead to a manager making speculative investments in ever-riskier projects.

Meanwhile, the program has no recordkeeping requirement as of yet. While the IRS must submit annual reports to Congress on the program beginning five years after its enactment, “there could be a lot of revenue loss in that period,” Rosenthal says. “It takes some time to figure out how the experiment works.”

There also is no certification requirement for opportunity-zone investment funds, consistent with the Trump administration’s deregulatory philosophy, Rosenthal says. You can put labels like “enterprise zones” on programs, “and it sounds good like Motherhood and Apple Pie,” he says. “But will the benefits really go to the distressed communities?”

Rosenthal and Rampell both say it makes little sense to legislate social policy through the tax code. “This makes money for lawyers and accountants, but we don’t know how effective it is,” Rampell says. “If you want to improve blighted neighborhoods, [the government should] put the money in directly.”