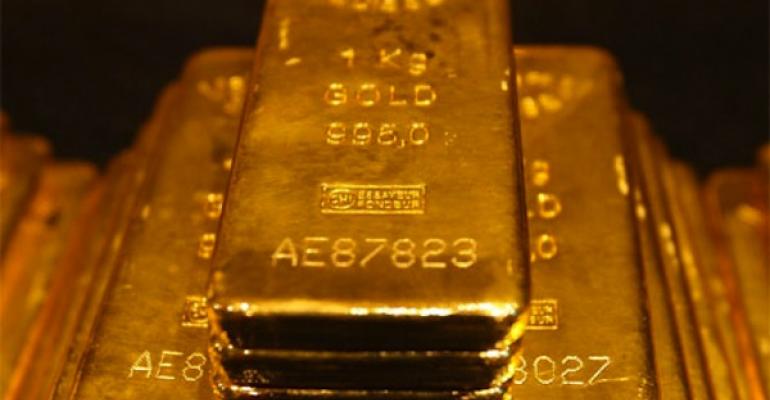 'Nobody Cares About Gold' as Hedge Funds Seek Thrills Elsewhere

Money managers cut their bets on a bullion rally at the fastest pace in five months as prices head for their worst quarterly loss in a year.

Money managers cut their bets on a bullion rally at the fastest pace in five months as prices head for their worst quarterly loss in a year. Speculators are throwing in the towel as the metal failed to sustain the gains that took futures to a one-year high in September.

While the metal posted some modest gains recently, its performance still pales in comparison to the record-breaking rally of U.S. equity indexes and the dizzying surge in bitcoin. Synchronized global growth and prospects for higher U.S. interest rates hurt the appeal of non-interest bearing gold, while geopolitical tensions failed to spur enough haven demand.

“Nobody cares about gold right now,” said Joe Foster, who manages the $670 million VanEck International Investors Gold Fund from New York. “With the stock market marking new highs, everybody’s talking about bitcoin, nobody needs a safe-haven asset in this environment. But I think it would be foolish not to have an allocation to gold because it has a very low correlation to stocks and it’s a hedge against systemic financial risk.” In the week ended Dec. 12, money managers reduced their net-long positions, or the difference between bets on a price increase and wagers on a decline, by 43 percent to 80,453 futures and options, according to U.S. Commodity Futures Trading Commission data released three days later. That’s the lowest since July 25.

Open interest, the tally of outstanding futures contracts on the Comex, fell on Dec. 14. The drop came even after the Federal Reserve stuck to its projection for three interest-rate increases in 2018, easing concerns policy makers would be more aggressive. Investors are retreating as as the 60-day historical volatility of gold futures languishes near the lowest since 2001, limiting opportunities to make money from actively trading the metal. Even bullion’s loyal customers are shying away. In India, the second-largest market for the metal, imports were said to have slumped for a third month in November as demand slowed. In China, the top buyer, the central bank hasn’t added to its gold reserves since October 2016, data compiled by Bloomberg show. And in the U.S., monthly coin sales slumped 23 percent in November from a month earlier and since April have been hovering near the lowest since 2015. The precious metal has been under pressure from rising U.S. interest rates and improving odds that President Donald Trump’s plan to cut corporate taxes will finally get Congressional approval.

“It’s hard to get excited about gold, or any other asset if every time you jump into it, expecting it to respond in a certain way and it doesn’t,” said Cameron Brandt, director of research at EPFR Global, which tracks the fund flows in mutual funds. “If an asset class is not responding to your logic, why risk your career on it.”