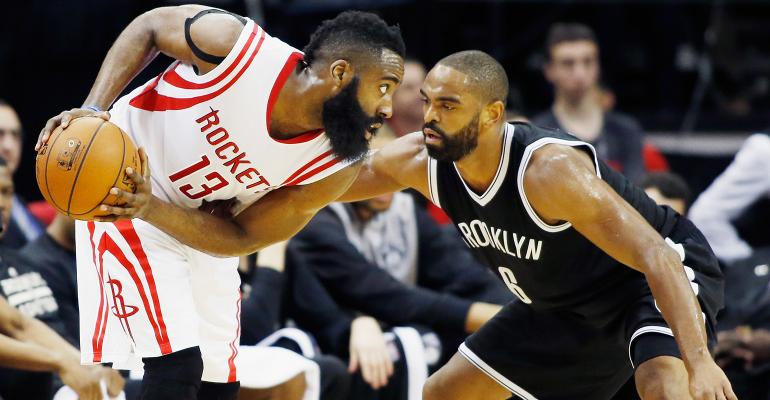 In a memo sent to owners, the league says it’s exploring the potential formation of “a new capital vehicle that could purchase passive, minority ownership interests across multiple NBA teams.”

(Bloomberg) -- The National Basketball Association, seeing the valuation of its franchises soar, is mulling the creation of an investment vehicle that would buy minority shares of individual teams.

In a memo sent to owners, a copy of which was reviewed by Bloomberg News, the league says it’s exploring the potential formation of “a new capital vehicle that could purchase passive, minority ownership interests across multiple NBA teams.”

The structure and terms haven’t been finalized, according to the Aug. 5 memo, which added that the matter would be discussed at the Sept. 20 owners meeting in New York.

“This vehicle would provide additional liquidity for the sale of team ownership interests, including by providing access to a new pool of long-term investors that do not currently have access to team ownership opportunities,” the league said.

The price of an NBA team has been skyrocketing. The Brooklyn Nets, for instance, just sold at a record valuation of $2.3 billion.

That’s been a blessing and a curse for the league. When the NBA’s limited partners, or LPs, want to sell their holdings, it can be hard to find interested parties -- especially since the stakes usually come with limited power. LPs have recently put holdings up for sale and pulled them back because they didn’t fetch the terms the owners wanted.

Five percent of a $2 billion team would be worth $100 million, though LP stakes are often discounted 10% to 25% because most don’t include a board seat or any say in team governance.

There are myriad reasons why people buy small pieces of a pro sports team, ranging from ego gratification to the use of the experience as a training ground for a more significant role in the future.

The NBA is soliciting feedback from owners, seeking to gauge their interest in selling to such a vehicle, or allowing members of their ownership group to do so. The memo said specific terms -- such as how much or little the vehicle could acquire from any team -- haven’t been determined.

“The intent of this inquiry is to provide the committee and the league office with a general sense of the initial level of potential interest across the league in pursuing such a program,” the NBA said in the memo.

To contact the reporter on this story:
Scott Soshnick in New York at [email protected]

To contact the editor responsible for this story:
Nick Turner at [email protected]