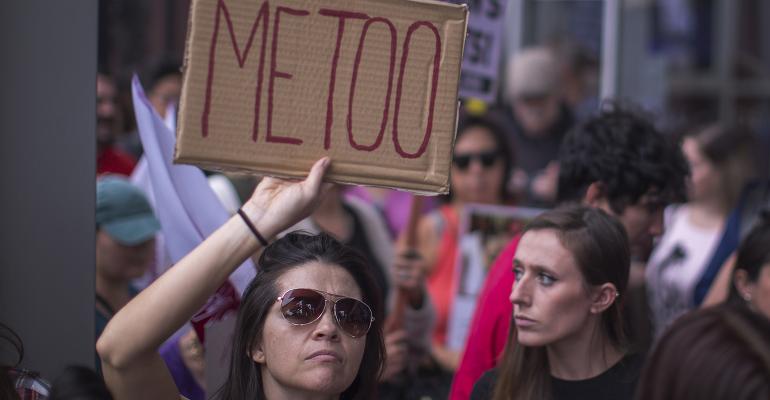 A panel of asset managers and advisors say gender lens investing has gained traction in the last six months to a year due to the #MeToo movement.

In 2016, gender lens investing affected the management of nearly $132 billion in money manager assets and $397 billion in institutional investor assets, according to a study by the Forum for Sustainable and Responsible Investment. But a panel of asset managers and advisors say gender lens investing has gained momentum in the last six months to a year due to the #MeToo movement.

Investing with a “gender lens” means investing in companies or organizations that help advance women, according to US SIF, which hosted a roundtable discussion on the topic on Thursday morning.

Elizabeth Levy, senior vice president and portfolio manager at Trillium Asset Management, an Environment, Social and Governance manager involved with shareholder engagement, said in the last few years, 17 companies the manager has invested in have added women to their boards after engagement with Trillium. But the #MeToo movement has also prompted dialogue with companies on other gender-related issues, beyond the number of women on boards.

“We are also talking to companies specifically around the issues that the #MeToo movement has brought up,” Levy said. “We’re calling companies and saying: ‘Let’s hear how your board is handling these issues. Let’s hear what’s changed in the last few months,’ and having some really interesting conversations with general counsels who are saying, ‘I’m really glad to talk to you about these issues’ and are starting to hear these questions from other investors as well.”

Trillium currently has an open resolution with Nike, asking them to tie executive compensation to workplace diversity. “So really making it matter directly to the CEO,” Levy said.

Eve Ellis, a financial advisor and co-manager of a gender lens and diversity issues portfolio at Morgan Stanley Wealth Management, said information about a company’s impact on women is more readily available due to the #MeToo movement. For example, her team recently decided not to invest in a company that demoted a female for becoming pregnant.

“Among those companies were Apple, the largest company in the world, and Amazon, one of the most consequential companies in the world,” Keefe said. “If Apple and Amazon decide that they’re going to disclose their pay equity and are going to take steps so there’s not a gender pay gap, that sends a resounding signal globally. People follow what they’re doing.”

Keefe believes corporations will become more dynamic contributors to social well-being, and investors can be part of the solution.

“The old idea that corporations’ only duty is to make a profit—Milton Friedman’s notion—that’s gone,” Keefe said. “Most people now have a much more expansive view of the corporation. It’s there to serve all its stakeholders—employees, the community where it does business, the natural environment, the public interest. And increasingly, particularly with the public sector so dysfunctional, consumers and investors expect the companies they do business with or invest in should stand for something and be working on issues and be part of the solution, rather than part of the problem.”

Lisa Woll, CEO of US SIF, said the organization has seen more interest from investors in socially responsible investing in the last year with the new presidential administration.

“Folks are looking more at the investment process and thinking about that because the federal opportunity to move environmental, social change forward is gone, and in fact we’re going backwards in many places,” she said. “I think you’re going to see increasing interest from people wanting to make an impact.”