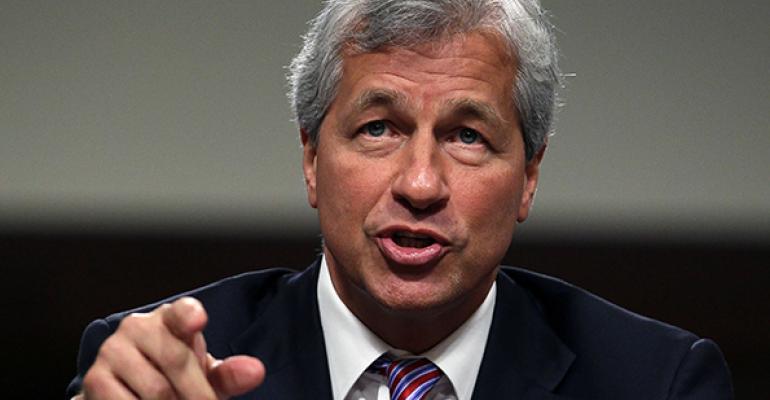 By Jenny Surane and Hugh Son

(Bloomberg) --JPMorgan Chase & Co. is “very open minded" to possible uses for cryptocurrencies like bitcoin if they "are properly controlled and regulated,” Chief Financial Officer  Marianne Lake said Thursday in response to a question on an earnings conference call with journalists.

Last month, Chief Executive Officer Jamie Dimon called bitcoin a "fraud" and said he would fire any employee trading it for being “stupid.” This month Goldman Sachs Group Inc. CEO Lloyd Blankfein said in a tweet that his firm is thinking about how to handle bitcoin.

On Thursday, after bitcoin surged to a record, Dimon said “I wouldn’t put this high in the category of important things in the world, but I’m not going to talk about bitcoin anymore.” Later he added that JPMorgan moves trillions of dollars a day “effectively digitally” today. "It’s not cash," he said.

Lake said that the blockchain technology that underlies cryptocurrencies like bitcoin is something the bank is using internally while testing ways that it can help the bank interact with clients.