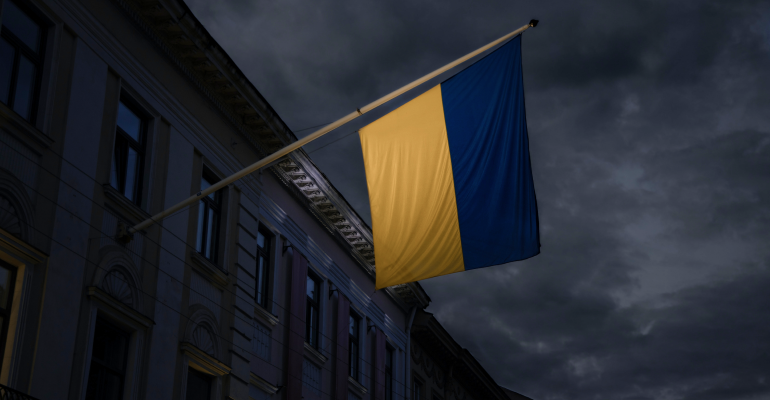 Read our in-depth analysis of the potential investment implications from the Russian invasion of Ukraine as viewed by asset managers on the CAIS platform.

Learn About CAIS
Tweets by CAISgroup

As the Russian invasion of the Ukraine continues into its second week, we have spent considerable time speaking with asset managers on the CAIS platform about their views on the potential economic and investment related implications from the continuing conflict. They have informed the analysis below.

U.S. growth will not likely be impacted but the economy may suffer an inflation shock

The U.S. and its economy’s exposure to Russia and Ukraine is predominantly centered around energy and other commodities such as potash and palladium, as well as agricultural commodities like wheat, maize and rapeseed.[1] As a major global supplier of these assets, the current situation has driven the prices of commodities materially higher, with the West Texas Intermediate (WTI) reaching its highest level since 2008. Given energy’s relationship to the consumer price index (CPI), the moves higher across the commodity complex are likely to put upward pressure on global inflation which can have flow on effects to domestic inflation. From an economic perspective, Russia is currently the 26th largest goods trading partner with a total of $28.0 billion in two-way goods trade.[2] The impact on the economic growth is therefore expected to be minimal should the conflict remain contained to the Ukraine and not drag on for too long. It is generally accepted that the U.S. Federal Reserve (the Fed) will focus more on the inflation outlook when setting monetary policy, with the central bank still expected to tighten rates at its March meeting by 25 bps.[3]

European growth may take a hit, suffering both growth and inflation shocks

The inflation dynamics driven by higher energy and agriculture prices is broadly expected to be global in nature, so the impact to Europe is expected to be the same as above. Additionally, as the U.S. is now the world’s largest oil producer, it may be able to better absorb higher oil prices with increased production. It is anticipated that Europe as a net energy importer will have a harder time with higher prices.[4] Growth is also expected to slow in the region given its high reliance on Russia for energy. Europe relies on Russia for 40% of natural gas and 25% of its oil.[5] Higher energy prices may slow the economy as consumers curtail spending, contributing to a possible destruction in overall aggregate demand. Chief economist at Berenberg bank, Holger Schmieding believes that under this situation, the eurozone’s real GDP growth could fall from 4.3% to 3.7% this year.

After almost 30 years of global disinflation, the pursuant growth and earnings backdrop, and multiple rerating based on falling rates served to drive investors out the risk and duration curve according to asset managers on the CAIS platform. Additionally, they also note that as the cost of capital also fell, bonds, corporate credit and illiquid assets like private equity, and long duration assets like venture capital did as well. Over the past 5 years, value orientated investments were generally out of favor with investors and have underperformed on a relative basis given the performance dispersion between growth and value stocks, as represented by the iShares Russell 1000 Growth (IWF) and iShares Russell 1000 Value (IWV) ETFs. A potential issue going forward is that the prosperity that we have enjoyed over this period may be impacted by high inflation, which can drive negative real rates and wage growth. As a result, standards of living may recede as savings are worth less on a real basis. Should we be entering a regime shift, we may see investors seek exposure to anti-momentum investments that are generally underweight, such as commodities, energy, emerging markets and gold – investments that are typically driven rather by macro-economic factors.

As concentration rises, so too might the need for diversification

Global stock markets are becoming increasingly concentrated. For example, the U.S. stock markets are over 55% of global market capitalization[6] the top 5 stocks in the S&P 500 make up over 25% of the overall index market capitalization.[7] In a directional market when asset prices are generally rising together, such concentration should allow investors to enjoy the communal benefit of mutual gains. However, in the event we enter a more normalized environment in terms of monetary policy on the back of a shift to a global tightening regime given high inflation, there may be increasing dispersion between asset prices. Seeking diversification via less concentrated holdings and alternative drivers of return may be prudent.

Our primary concern in the Ukraine is for the people of the nation who have been caught up in the ongoing conflict and we hope there is a speedy and peaceful resolution shortly. However, the actions taken already are likely to have set in motion events and feedback loops that might propel inflation higher and provide challenges and opportunities for investors. From our discussions with asset managers on our platform, it appears that while we enter a more normalized environment for interest rates, monetary policy, fiscal policy and broader markets, macro-economic factors and drivers might become increasingly important for investors to consider. In addition, the need for diversification to avoid the highly concentrated areas of markets could be important to the continued growth and risk mitigation of portfolios. We believe that alternative investments could prove to be valuable tools in such an environment.

For more information on hedge funds and potential opportunities available on the CAIS Platform, contact a CAIS representative.