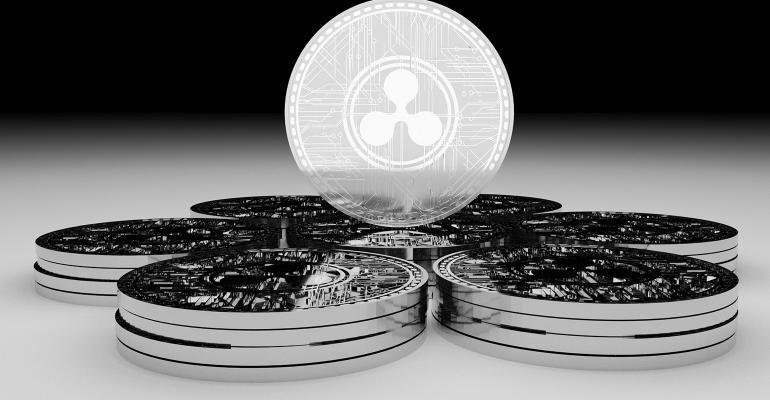 The Securities and Exchange Commission said in a lawsuit that Ripple raised at least $1.4 billion through the sale of XRP without first registering it as a security with the agency.

(Bloomberg) -- Bitwise Asset Management is dumping what was the world’s third-largest cryptocurrency after Ripple Labs Inc. and its top executives were accused by U.S. regulators of selling more than $1 billion of unregistered virtual tokens.

The Bitwise 10 Crypto Index Fund (ticker BITW) -- which has surged nearly 180% since its Dec. 9 launch -- has liquidated its position in digital asset XRP, which comprised 3.8% of its holdings, according to a Wednesday statement.

The decision comes after the Securities and Exchange Commission said in a lawsuit filed Tuesday that Ripple raised at least $1.4 billion through the sale of XRP without first registering it as a security with the agency, creating “an information vacuum” that mislead investors. San Fransisco-based Ripple has denied the allegations. Not only is Ripple in “hot water” and unlikely to beat the SEC’s lawsuit, but XRP may become more difficult to trade and transact in should U.S. marketplaces be unwilling to list it, according to a Bloomberg Intelligence report.

“At stake in the Dec. 22 suit may be the ability to trade XRP and more than a billion dollars, though settlement for a fraction of that is also possible,” wrote BI analysts Elliot Stein and Ben Elliott. “Ripple also risks a court ruling that XRP is a security, which would subject it to stricter SEC rules that may curb transactions as U.S. virtual marketplaces may be reluctant to list XRP due to the risk of facilitating the sale of a potentially unregistered security.”

Unlike Bitcoin or Ether -- which the SEC considers currencies and are decentralized -- XRP’s value was mainly linked to Ripple products, with the firm attempting to influence supply and demand for the token, the analysts wrote.

XRP plunged over 25% to about 31 cents on Wednesday, bringing its total weekly losses to 43%. Though Bitcoin -- the largest holding in BITW -- held onto slight gains, the fund dropped roughly 9.5%.

At least one digital-asset trading platform has moved to delist XRP in the wake of the SEC suit. Hong Kong-based OSL said it has suspended trading in the cryptocurrency.

Please note: In light of US Securities & Exchange Commission’s enforcement action against Ripple Labs & 2 of its executives, we have suspended all #XRP payment in and trading services on the OSL platform, effective immediately and until further notice.https://t.co/EXJJEHMawn

The SEC said in July 2017 that companies raising money through the sale of digital assets must adhere to federal securities laws. BI expects that Ripple will answer the agency’s complaint next quarter, and that a decision could come in early 2022.