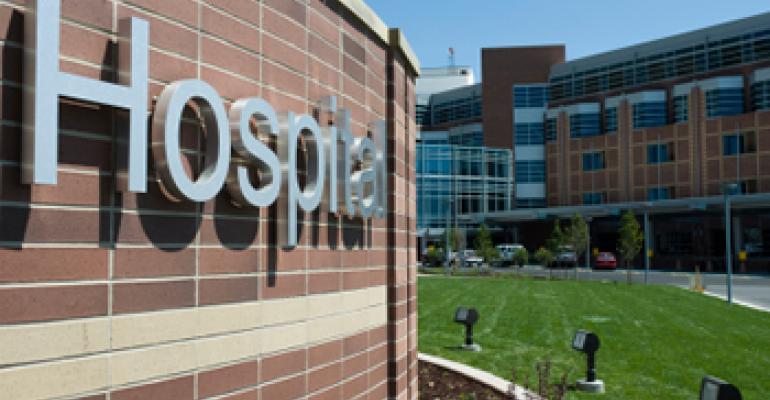 Americans are getting fatter and older by the minute. While that&#8217;s not happy news for us individually, it certainly represents an opportunity for healthcare real estate investment trusts. Known as HCREITs, these companies have been around for more than 15 years, yet they&#8217;ve been under the radar for most advisors and investors. Over the past several months, however, HCREITs have stirred up some investment buzz, causing some investors to wonder whether this &#8220;sleepy&#8221; sector is ripe for growth or is already overhyped by the baby boom generation&#8217;s imminent mass retirement. &#8220;There is nothing terribly attractive about valuations for healthcare REITs. They&#8217;re not over- or under-valued,&#8221; says Rich Anderson, a senior research analyst with BMO Capital Markets who specializes in HCREITs. &#8220;But it&#8217;s been interesting to follow their maturation to a more economically sensitive business model. And there is a measure of excitement in the space that is unique.&#8221;

Americans are getting fatter and older by the minute. While that’s not happy news for us individually, it certainly represents an opportunity for healthcare real estate investment trusts.

Known as HCREITs, these companies have been around for more than 15 years, yet they’ve been under the radar for most advisors and investors. Over the past several months, however, HCREITs have stirred up some investment buzz, causing some investors to wonder whether this “sleepy” sector is ripe for growth or is already overhyped by the baby boom generation’s imminent mass retirement.

“There is nothing terribly attractive about valuations for healthcare REITs. They’re not over- or under-valued,” says Rich Anderson, a senior research analyst with BMO Capital Markets who specializes in HCREITs. “But it’s been interesting to follow their maturation to a more economically sensitive business model. And there is a measure of excitement in the space that is unique.”

Despite the size of the HCREIT sector—13 publically-traded companies with a combined market cap of $57 billion—it’s still considered a niche real estate sector, similar to student housing and self-storage. The sector has tended to attract institutional investors that were looking for stability rather than growth, says Jerry Doctrow, a managing director with Stifel Nicolaus and a HCREIT expert.

HCREITs have evolved significantly over the past 15 years, although the biggest metamorphosis is occurring right now. Historically, these companies have been considered defensive investment plays, similar to fixed-income investments.

They’ve offered investors a low-risk investment with attractive yields, analysts note. As of early April, annualized yields for HCREITs ranged from 4.52 percent to 6.97 percent, according to data from SNL Financial. Moreover, during the most recent recession, HCREITs were not forced to cut their dividends, unlike other REIT sectors; they actually increased their dividends.

HCREITs have been able to provide that stability because they’ve been less vulnerable to economic conditions, unlike other REIT sectors such as hotels. In the past, they’ve invested in senior housing (assisted living) and skilled nursing facilities. Their property portfolios were heavily concentrated in these sectors, and they generated income from leasing properties to operators instead of getting involved in the day-to-day operations of the facilities.

This financial model created a steady income, absent significant rent growth, regardless of the economic conditions or the performance of the property. For example, if an assisted living property lost residents, the HCREIT would not be impacted because its income stream was guaranteed by a long-term lease with the operator. Instead, the operator would take the income hit.

“Investors tend to gravitate toward healthcare REITs when their perception of risk to real estate investing is higher,” explains Wilson Magee, director of global REITs and portfolio manager for Franklin Templeton Real Estate Advisors. “When the real estate sector is seen as more of a growth sector and one in which development activities are being rewarded, investors tend to own fewer healthcare REITs.”

While HCREITs have been steady investments, their world is changing in many ways—creating opportunities for growth that have never existed before and making them more vulnerable to the economy.

“I would argue that a lot of what healthcare REITs are doing today is tied to the economy more than ever before,” Anderson contends, pointing to a shift in asset concentration, more sophisticated management teams, the opportunity to acquire institutional quality assets and new legislation (both healthcare reform and a REIT law) that has the potential to transform the entire sector.

Most HCREITs have made an effort to move away from their previous operating philosophy and started to invest in assets with growth prospects, says John Sheehan, a REIT analyst with Edward Jones. Today, HCREITs own a variety of healthcare real estate, including acute care facilities (hospitals), freestanding surgery centers, rehabilitation facilities, senior housing assets, and skilled nursing and medical office buildings.

“A number of these properties—medical office building, for example—offer the ability to capture rental rate increases in a rising market, while biotech and lab space fits into a high-growth category,” Sheehan explains. “With these investments, healthcare REITs will generate more internal growth from re-setting rents. At the same time, they accept some risk if there is a falling rental rate environment.”

Yet, HCREITs have tried to mitigate some of the risk. For example, most pursue medical office buildings that are located on hospital campuses rather than suburban properties that compete with traditional office buildings. They also try to master lease their properties to hospitals or other credit tenants to reduce leasing risk.

“Healthcare REITs have diversified, not only with property types, but also with their tenants,” Sheehan says. “They now have some much-needed credit diversification as well.”

Two pieces of legislation have the ability to significantly impact HCREITs. The first one, the REIT Investment Diversification and Empowerment Act of 2007 (RIDEA), gives HCREITs access to a new income stream—one that had been denied to them. The second piece, President Obama’s Affordable Care Act, will create more demand for healthcare services, but its impact on HCREITs is less certain.

Essentially, RIDEA allows HCREITs to operate healthcare facilities. Yes, they’ve always been able to own them, but they were prohibited from participating in the operations of those facilities. After much lobbying by the National Association of Real Estate Investment Trusts, RIDEA was signed into law in 2008. The legislation, which took effect in 2009, allows HCREITs to operate healthcare facilities through taxable REIT subsidiaries, similar to the model currently used by hotel REITs.

It’s not an exaggeration to say that RIDEA is a game-changer. Most importantly, RIDEA allows HCREITs to generate additional income and, therefore, boost their internal growth potential. To date, most HCREITs have taken advantage of RIDEA, but none has gone overboard, Anderson says.

There is a downside to RIDEA, of course. “Using the RIDEA structure instead of the traditional net-lease structure creates more cash flow risk for HCREITs,” Magee explains. “As this model is utilized and adopted by them, the future of their defensiveness and the stability of their cash flow may be impacted.”

Similar to RIDEA, healthcare reform could create growth opportunities for HCREITs. In particular, these companies will likely see opportunities with the development of medical office properties and the acquisitions of acute care and in-patient facilities.

Additionally, healthcare reform has imposed stringent regulations on acute care and in-patient facilities regarding the adoption of electronic medical records systems. Since the investment required to implementation and transition to an EMR system averages $15 million to $20 million, many healthcare systems may decide to sell off their real estate to fund those technology investments, creating acquisition opportunities for HCREITs.

The world of healthcare real estate is quite large—more than $1 trillion worth of assets—and the bulk of it is still held privately by healthcare organizations. Doctrow estimates the total investable market for HCREITs is about $740 billion. Today, REITs (including HCREIT, office REITs and life science-focused REITs) own about 9 percent, with the range of ownership for each category from 1 percent to 44 percent.

“Based on ownership patterns in other real estate sectors, we believe it is not unreasonable to expect that HCREITs could double or triple their percentage ownership of healthcare real estate over time,” Doctrow says.

With an eye toward HCREITs’ acquisition opportunities, Doctrow estimates the sector’s overall growth rate at 10 percent—only 3 percent of that growth is attributed to internal increases in net operating income. “The difference is that healthcare REITs are making accretive investments at a fairly good clip,” he explains.

Over the past nine months, HCREITs have bought $16 billion worth of healthcare real estate, either acquiring individual assets or entire companies. The three largest HCREITs—HCP Inc. (NYSE: HCP), Ventas (NYSE: VTR) and Health Care REIT (NYSE: HCN)—have been the most active.

“There’s more M&A activity going on in the healthcare real estate sector than any other space, and there have been some very smart deals that are accretive,” Anderson contends. “When the economy is absolutely on fire, healthcare REITs will probably underperform, but they’re more growth-oriented now than they’ve been at anytime in the past. They’re no longer a sleepy, bond-like investment and much more of a total return type investment.”
TAGS: Research / WMIQ Investment Alternative Investments News
0 comments
Hide comments
Related
Sponsored