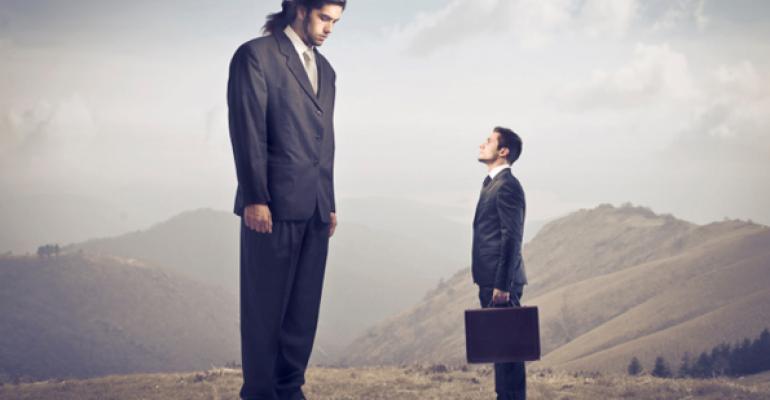 In the wake of the Bernie Madoff scandal, investors have been shunning fledgling hedge funds, betting instead on large funds with long track records. But small funds have key advantages.

The financial crisis pummeled hedge funds. After suffering big losses, hundreds of funds shut their doors. The damage was magnified by the carnage of the Bernard Madoff Ponzi scheme. Since then, many investors remain wary. For protection, they have been shunning fledgling hedge funds, focusing instead on large portfolios with long track records. But the caution could hurt returns. All too often, big funds lag small ones, and the best performers are young.

A study by investment researcher PerTrac illustrates the drawbacks of large funds. To determine the impact of size, the researchers divided the fund universe into three groups: funds with less than $100 million in assets, those with $100 million to $500 million, and portfolios with more than $500 million. During the period from 1996 through 2011, the smallest funds returned 12.5 percent annually, compared to 10 percent for the mid-sized group and 9.2 percent for the large funds.

Analysts argue that small funds have key advantages. “Smaller funds can trade more nimbly,” says Amy Bensted, who heads hedge fund research for Preqin. “The big funds have such large portfolios that it can be difficult for them to invest in attractive niches.”

Analysts say that the gap in performance could persist because small funds have different incentives than large ones. To appreciate why, consider that hedge funds traditionally have charged two layers of fees: annual management fees equal to 2 percent of assets, and performance fees of about 20 percent of profits. For a fund with less than $100 million in assets, the management fee will not necessarily cover operating costs. So to stay in business, small managers must swing for the fences, earning performance fees by delivering outsized returns. Meanwhile, large funds have less reason to take on risk. If a giant fund can hold onto clients, then the annual management fees will generate plenty of income. Not surprisingly, small funds are more volatile as indicated by standard deviation. “It’s likely that small funds are delivering better returns by taking on more risk,” says Peter Laurelli, vice president of eVestment.

Even as memories of the financial crisis fade, the large funds could continue playing it safe because of changes that have swept through the industry in recent years. A decade ago, most investors in hedge funds were wealthy individuals. The typical investor was attracted by swashbuckling managers like George Soros who delivered outsized returns by taking on substantial risks. After the financial crisis, many individual investors became disillusioned. They figured that hedge funds were charging hefty fees and delivering mediocre performance. As a result, some individuals shifted out of hedge funds.

Pensions and institutions saw things differently. Surveying the wreckage of 2008, institutions concluded that hedge funds provided diversification, outdoing the S&P 500 during the market meltdown. Many pensions raised their allocations to hedge funds. According to Preqin, institutions accounted for 61 percent of assets in hedge funds in 2011, up from 45 percent in 2008.

While the new institutional clients have enabled the hedge fund industry to grow, they have demanded different investment strategies. Instead of seeking hot managers who deliver eye-popping returns, pensions seek staid approaches that can diversify portfolios and limit losses in downturns. “Many of the institutional investors prefer large hedge funds that are risk-averse,” says Kenneth Heinz, president of Hedge Fund Research.

The pensions also have no interest in hiring a fund that consists of two guys sitting in an office in Manhattan. Instead, the institutions seek bureaucratic organizations that maintain specialized risk control teams and investor relations staffs. All the pressure from the largest clients has forced many hedge fund managers to focus on safe strategies maintained by sizable teams.

Increased investments by institutions have enabled the largest hedge funds to grow and take market share away from smaller entrepreneurial operations. According to Hedge Fund Research, funds with more than $5 billion in assets now account for 68 percent of assets in hedge funds. But there is beginning to be a backlash against the giant funds.

Recognizing the limitations of typical institutional managers, some clients have been shifting to what are known as emerging managers. These typically are young operations that oversee less than $400 million in assets. Investors are betting that the startups can deliver strong results when the portfolios are small and managers are motivated to take risks. Studies support the idea of betting on young managers. According to PerTrac, funds that were less than two years old returned 14.9 percent annually, compared to 9.9 percent for funds that were more than four years old.

Should you steer clients to young funds? Some pensions think so. Giant operations, including the California Public Employees’ Retirement System (CalPERS), have begun allocating some of their alternative assets to emerging hedge funds. Fledgling funds may be suitable for high-net-worth individuals—provided they can tolerate the risks. While the smallest funds excelled in bull markets, they have fared poorly in downturns. During the turmoil of 2008, small funds lost 17 percent, compared to a decline of 14.1 percent for large funds. “Large funds are more diversified, so they have done less badly in some recent downturns,” said eVestment’s Laurelli.

Picking emerging managers can be chancy because the track records are short, said Laurelli. The best choices may be managers with strong records who quit established operations to set up their own shops. “There are a lot of opportunities to find good emerging funds, but you have to be willing to do a fair amount of due diligence to learn about the manager’s strategy and background,” Laurelli says.

To access emerging managers, some advisors may prefer using a fund of funds. These invest in diversified groups that can include two dozen different managers. Some funds of funds now specialize in emerging managers. A few mutual funds have begun hiring outside subadvisors with records for managing small or young hedge funds. Orinda Skyview Multi-Manager Hedged Equity (OHEAX) employs six managers, including some that oversee small hedge funds. The mutual fund aims to deliver a diversified portfolio that will not track stock or bond markets.