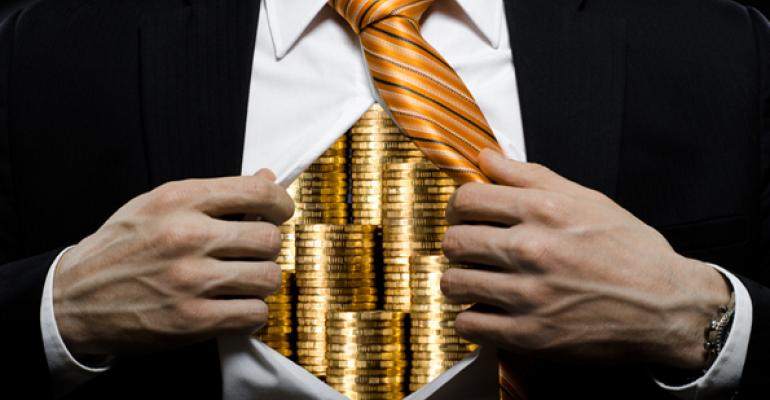 When will the tide turn?

After investors collectively placed the biggest gold short on record, traders have been waiting for the tide to turn -- potentially in dramatic fashion. But the rally on Friday may not be the short squeeze the bulls had been waiting for.

Bullion futures rebounded as dovish Federal Reserve comments were seen weakening the dollar. But momentum is already showing signs of abating, with holdings in exchange-traded funds backed by the metal extended losses to the lowest since 2016. Still, futures for December delivery were up 0.3 percent to $1,216.70 an ounce at 10:20 a.m. in New York Monday.

If the metal does continue to rally, the shorts will need to cover, potentially leading to an explosive rally in gold prices and equities. Ryan McKay, a TD Securities analyst in Toronto, says we’re not there yet, though it may be close.

“Anytime we get an up move, you have fragile shorts getting out,” especially with the break above $1,200 an ounce, Ryan said Friday in a telephone interview.

After the precious metal tumbled to a 19-month low in mid-August, gold futures have been on the rise, and popped above $1,200 an ounce again on Friday to settle at $1,213.30.

“It’s too early,” says George Gero, a managing director at RBC Wealth Management. “You probably won’t see the squeeze until about $1,225. Gold will need to get past those numbers for some volatility and for the squeeze to really kick in.”

The NYSE Arca Gold BUGS Index has been rebounding from oversold levels on at least one technical measure. The Relative Strength Index for the gauge reached about 13 on Aug. 16, a low last seen in July 2015. Meanwhile, hedge funds boosted their net-short position on gold to a record for a fifth time in the week ended Aug. 21. To put that in context, BMO analyst Colin Hamilton said in a note, the last time sentiment was this bearish was at the end of 2015 -- just before the market positioning aggressively swung the other way.

“Bearish sentiment towards precious metals has reached a climactic phase,” Shree Kargutkar, a portfolio manager for Sprott Asset Management, said in a report dated Thursday. “If past is prologue, the current shorting frenzy in gold and silver futures will likely be followed by an intense short-covering rally.”