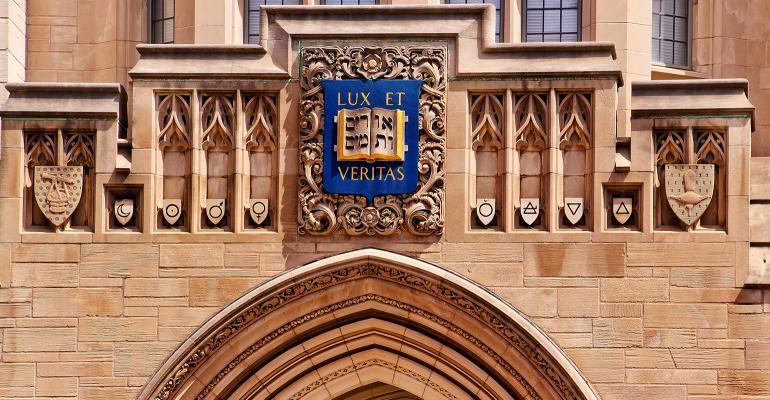 A brief history of the universe.

While not suitable for everyone, the endowment model may be more relevant and advisable than ever before, particularly for certain individual investors.

David Swensen changed the investment world forever when he became the Chief Investment Officer for the Yale Endowment in 1985. At the time, Yale’s portfolio invested over 80 percent of their assets in U.S. stocks and bonds, with the remaining 20 percent evenly spread across foreign equities and real assets. Immediately, Swensen began diversifying the portfolio into other asset classes starting with private equity and then later absolute return (hedge funds) and other diversifying assets.

The new investment model’s generation of strong returns with lower portfolio volatility through various economic and investment climates has attracted growing attention and much emulation. While it may not always deliver the best investment results in the short term, over a reasonable time frame, the endowment model has consistently produced strong risk-adjusted returns with less volatility than most any other investment approach. As a result, over the past several decades, the endowment model has essentially become the standard portfolio model for nearly all sizable institutions, including large college endowments and pension funds.

While Swensen may have started the trend toward greater diversification, sophisticated advisors at large endowments and pension funds quickly realized that changes in the global economy and investment landscape provided new opportunities to increase returns while also lowering portfolio volatility. Moreover, these same institutions determined that ongoing investment success required breaking from dated models and strategies developed for a dramatically different world and in historical context.

The new model expanded on the concept of modern portfolio theory, which was originally proposed in 1952 by Harry Markowitz in his paper, Portfolio Selection, by adding more asset classes outside of just stocks and bonds. By including far more asset classes than what typically makes up an individual investor’s portfolio, asset managers were also able to reduce holdings likely to provide poorer performance such as bonds. In fact, domestic stocks and bonds often comprise less than a quarter of an endowment’s portfolio versus all, or nearly all, of the typical investor’s portfolio. Total domestic and international bond allocations are usually less than 10 percent.

The performance-oriented assets share two important characteristics. First, given the performance label, it’s not surprising that these assets are projected to provide high average performance over time. Second, and just as important, they’re expected to provide strong returns in different ways at different times according to various influences, such as economic ups-and-downs, stages in the business cycle, current and future inflation, interest rates, global events, market volatility, employment levels or investment-specific factors. Because the diverse assets contribute varying returns to the portfolio over time, with some assets performing well when others struggle, the overall portfolio performance tends to be much smoother than that delivered by a portfolio that depends on only domestic stocks to boost returns. In addition, the possibility of total portfolio losses should be much lower.

Is the Model Already Old News?

More recently, some have questioned the relevancy of the model given its recent underperformance of equities. With the S&P 500 up an average of 16.8 percent over the past couple years through the end of 2017, and a 60 percent stock and 40 percent bond portfolio up an average of just over 11 percent over the same time period (not including fees), is a more complicated model really needed? Some argue no.

Yet, this viewpoint may be short-sighted. Equity valuations remain rich, and the economic expansion is already the second longest on record. Expecting market returns to continue unabated seems unwise—as the market swings of 2018 illustrate. Similarly, fixed income prospects are hardly inspiring. The nearly 40-year bull market in bonds is drawing to a close as interest rates begin heading back up after their steady decline since the early 1980s peak.