/sites/all/themes/penton_subtheme_wealthmanagement/images/logos/footer.png
Recent
Recent
Household Net Worth in U.S. Hits Record on Surging Home Values
Sep 23, 2021
The Basics of Being an Elite Advisor
Sep 23, 2021
Mindy Diamond on Independence: Why a $5B UBS Breakaway Team Set Out to Build the 'Boutique Firm of the Future'
Sep 23, 2021
Wall Street Confronts Tough Transition in Return-to-Office Push
Sep 23, 2021
Featured
The 10 Best and 10 Worst States in Which to Retire in 2021
Jul 15, 2021
Poll: 15 Classic Books on Investing and the Markets
Apr 03, 2020
25 U.S. Markets Adding the Most Multifamily Units This Year
Feb 03, 2021
Fifteen Must-Listen Business Podcasts for Advisors
Aug 14, 2020 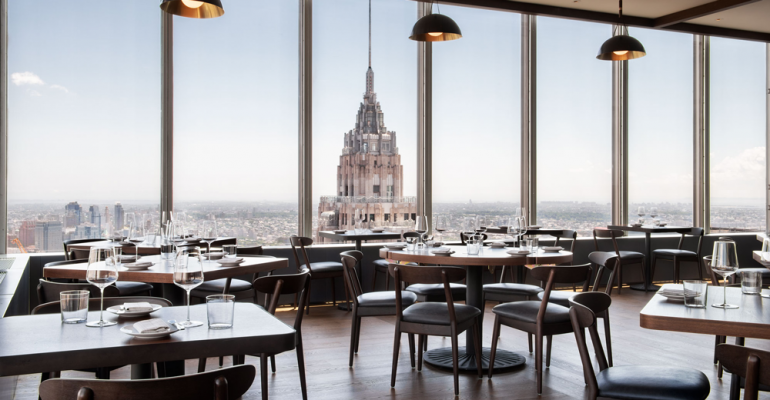 Landlords of dated properties are in a tough spot, forced to plow cash into pricey renovations to stay competitive in a moribund market.

Owners of older office buildings in Manhattan have an expensive problem.

With a record amount of space available in New York, including at the shiny new towers preferred by finance and technology companies, landlords of dated skyscrapers are in a tough spot, forced to plow cash into pricey renovations to stay competitive in a moribund market.

Take 60 Wall St., which for nearly three decades was home to thousands of bankers. With Deutsche Bank AG relocating uptown to its new office at Columbus Circle, the 47-story skyscraper will soon be empty. And with its days as a single-tenant headquarters likely over, the landlord has undertaken a overhaul that will cost at least $250 million in a bid to lure several companies when the space eventually hits the market.

“It’s a horrible time to be coming to the market with these huge blocks of space,” Ruth Colp-Haber, chief executive officer of Wharton Property Advisors Inc. “They’re going to have to put a lot of money into renovating their building, amenity spaces and then building out individual tenant spaces. It’s going to be years before they recoup their money.”

Building upgrades are part of a normal cycle for landlords, who regularly need to reinvest capital into old assets just to maintain them. But the investments carry added risk amid the uncertain future of offices as companies embrace hybrid work schedules. As it stands, more than 14.5 million square feet of office space in Manhattan is undergoing renovations or redevelopments, with the total cost of the projects at least $5 billion, according to CBRE Group Inc.

That includes the redevelopment of SL Green Realty Corp.’s One Madison, a tower that used to count Credit Suisse Group AG as an anchor tenant. At 111 Wall St., owners Nightingale Properties and Wafra Capital Partners recently secured a loan of more than $500 million to redevelop the 25-story building that housed Citigroup Inc.

The question is who will want all this space. New York’s office market has been battered by the pandemic. The prospective tenants in the market are demanding concessions and often targeting new towers like SL Green’s $3.3 billion skyscraper One Vanderbilt, next to Grand Central Terminal. Hudson Yards, across town, has also been popular with finance and tech tenants.

The Financial District, meanwhile, has withered. 60 Wall St., a 1.6 million-square-foot building with a 1980s design, The owners plan to add a restaurant and cafe, all part of the effort to bring new life to the aging skyscraper and draw in several companies to take the space.

“It’s one of the largest buildings in downtown today,” said Albert Behler, CEO of Paramount Group Inc., the building’s landlord. “It would be a little unusual to find a tenant that would just want that kind of size.”