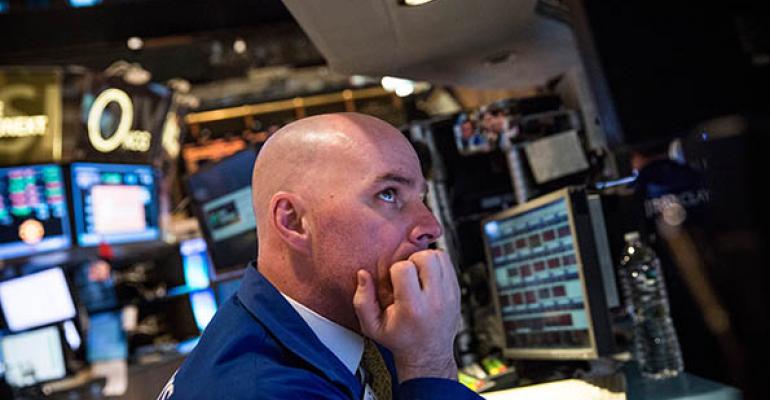 The push to passive investments might make compliance happy, but it does little to help clients avoid losses.

It’s crystal clear why scores of retail investors have gravitated toward passive investment strategies over the last few decades. It’s an economical way to get exposure to broad swaths of the market. Never mind that such strategies can be nearly void of risk one year and then loaded with risk the next. It’s cost-effective, so most see no reason to do anything different.

Meanwhile, in recent years we’ve seen an increasing number of financial firms and advisors embrace passive investments as well, but for different reasons. As compliance concerns have mounted amid debates surrounding proposed fiduciary rules, it’s more comforting to place clients in these lower-cost vehicles, since another approach could increase the chances of drawing unwanted regulatory scrutiny—or at least that’s the fear.

As a result, large portions of the industry are allowing the tail (compliance) to wag the dog (asset management). For most, the primary goal now is to do no harm. This means that not only are client portfolios made up almost entirely of passive investments, but that the allocations within those investments are similar from firm to firm and advisor to advisor. The upshot is that the assets of a large percentage of Americans are invested in virtually the same way. Ironically, that flaw could do clients harm in a downturn.

The one-decision investment, a quality investment that’s not actively traded, but rather held for its growth potential is another example. When one-decision investing happened before, investors did not fare as well as they could have with a more active approach. Nifty Fifty, the dot-com craze, and the dominance of a modern portfolio theory—dictating that the ideal investment mix should be a constant percentage of stocks and fixed income—come to mind. Think about, for instance, an advisor staying true to this 60 percent stocks and 40 percent bonds approach since the end of the financial crisis. They’ve surrendered significant returns for their clients compared to others who allocated a greater portion of their assets to equities.

Here’s the problem with the latest one-decision trend. Because many passive strategies do little to protect against downside risk, if there’s a 20 percent dip, clients, who have grown accustomed to double-digit gains, will want answers, angry that their advisor, at least in their mind, didn’t do enough to help them avoid losses. That’s when retention will become an issue, because clients don’t care about the compliance concerns of any firm or advisor when their portfolio takes a hit.

The time has come for the entire industry to move away from this latest conventional wisdom. We need to re-imagine the role actively managed investments can play in the typical portfolio. One solution is to deploy them similarly to how some advisors have strategically used alternative investments.

That suggestion may be startling, thanks to the complexity of such products and the spotty compliance record of some alternative providers. In a world where compliance concerns have become more acute, alternative investments make some advisors even more skeptical of active management. So, instead of succumbing to fear, consider the original goals of alternatives when they were first introduced to a retail audience: diversification and inverse correlation to multiple segments of the broader market. In other words, they help manage risk.

That’s precisely what good active managers do. They can minimize exposure to underperforming asset classes, whether it’s during bull markets—like the one that’s been taking place for nearly a decade—or during significant downturns, which are a reality of investing even though we cannot predict precisely when they will strike. Passive managers, by definition, do nothing to mitigate the same type of risk.

None of this is to say that advisors should go all active all the time. Passive investment strategies aren’t going away, nor should they. But it does make sense to take a “core and explore” approach, placing clients in some mix of passive and active strategies, whether that is 80/20 or 50/50. That way, during the next inevitable downturn, a portion of client portfolios can help them avoid steep losses—and remain happy with their advisor.

Greg Luken is the CEO of Luken Investment Analytics, a Nashville, Tenn.-based firm.