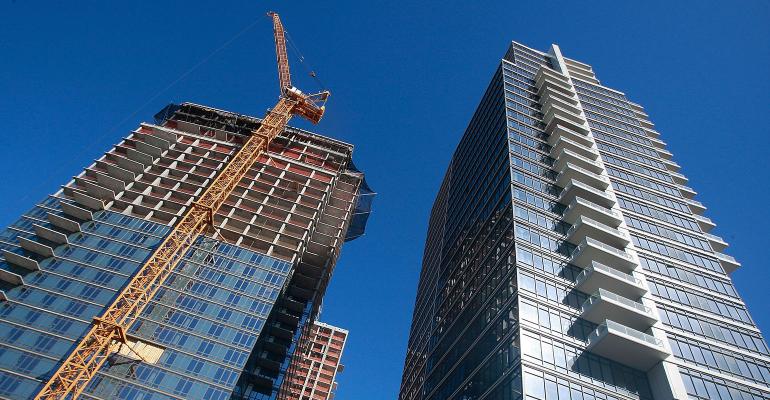 From Deflation Fears to Inflation Concerns

An allocation to real assets can protect against inflation and diversify a portfolio, while generating current income and offering capital appreciation.

Over the past three years, inflation expectations have come full circle, falling significantly in mid-2014, rebounding from a low in February 2016 and stabilizing in 2017. Contrary to some market commentary, we do not believe the recent plateau signals an end to “reflation.” Rather, we believe that the U.S. economy has reached the point where the risk for inflation is substantially tilted to the upside.

Cyclical inflationary pressures continue to build and the drag on inflation from low energy prices and a strengthening U.S. dollar has faded. Global economic growth is also more synchronized across major economies. Furthermore, while expectations for major policy changes have diminished recently, any backlash against globalization would add structural pressure.

In our view, this shift in the inflationary environment — from one dominated by deflation fears to one in which inflation should be expected to return to more normal levels — has important implications for investors. An allocation to real assets can protect against inflation and diversify a portfolio, while generating current income and offering capital appreciation.

Measures of core inflation1 gradually began to rise in the second half of 2015, as the U.S. economy continued its long recovery from the global financial crisis. The year-on-year change in the core Personal Consumption Expenditures (PCE) price index, the preferred measure of the Federal Reserve, rebounded from a near-term low of 1.3 percent in July 2015 to 1.8 percent in February 2017. The year-on-year change in the core Consumer Price Index (CPI), the more widely cited measure of inflation, rose as well from 1.6 percent in December 2014 to a range of 2.0–2.3 percent over the past year.

We believe this acceleration in inflation has been slow in part due to the plunge in oil prices and the rapid strengthening of the U.S. dollar. The indirect effects of these factors on core prices are difficult to measure, but it is suggestive to us that the recent rise in core inflation measures roughly coincided with the fading base effects of low oil prices and with rising import prices.

We view the acceleration in U.S. wage growth as evidence that cyclical pressure is indeed building, as labor markets tighten and the economy nears potential. The year-on-year change in average hourly earnings bottomed at 1.5 percent in October 2012 and has since risen to 2.7 percent. Importantly, rising wages also have begun to broaden in the last two years. Unlike in the early 2000s, when workers at the top end of the wage scale experienced the strongest gains while workers with lower income experienced none, recent data shows a meaningful increase for nearly all income levels.

A strengthened global economy also is providing support, as highlighted by the International Monetary Fund, which recently reaffirmed its view that the global economy will grow more rapidly and more broadly across developed and emerging economies in 2017.2

We believe we have reached an inflection point for inflation. Deflation risks have been replaced by rising inflation expectations and, based on cyclical factors alone, we believe inflation of 2.0–2.5 percent is likely. Furthermore, there is structural risk from a possible backlash against globalization, which could lead to protectionism and higher prices. In this scenario, inflation could exceed 3 percent.

Given this risk, we believe investors should revisit their portfolios to ensure they have assets that can protect against inflation. It is important to note that inflation can corrode purchasing power even at moderate rates. A 0.25 percent month-on-month increase in the CPI, or about 3 percent annualized, compounds to a 14 percent loss in purchasing power over five years.

30 years ago, options were limited (mainly gold and large cap equities), but today’s investors can use a number of assets to hedge against inflation while also maintaining their investment plans. Because inflationary pressures are likely to be relatively moderate, we believe investors should consider assets that also offer capital appreciation or income. Thus, investors can be “paid to wait” if inflation is dormant. In our view, these include real assets — real estate, commodities and infrastructure — as well as inflation-linked bonds and equities with “pricing power.” Key features of these inflation-hedging assets include:

Liquid versions of these assets offer the added benefit of flexibility, allowing for allocation changes in response to different manifestations of inflation. For example, real estate should benefit from rapidly rising property prices and rents. Commodities would benefit if the U.S. dollar weakened. Infrastructure would benefit from fiscal stimulus targeting increased infrastructure spending.

Overall, we believe inflationary pressures today are not something to be alarmed by but to watch carefully. Investors have a number of options that they can use in portfolios to help blunt inflation’s impact, including allocations to real assets, inflation-linked bonds and equities with pricing power. Sources of inflation vary and they may require different solutions. By employing a flexible approach, investors can address inflation while maintaining the potential to earn capital appreciation and income.