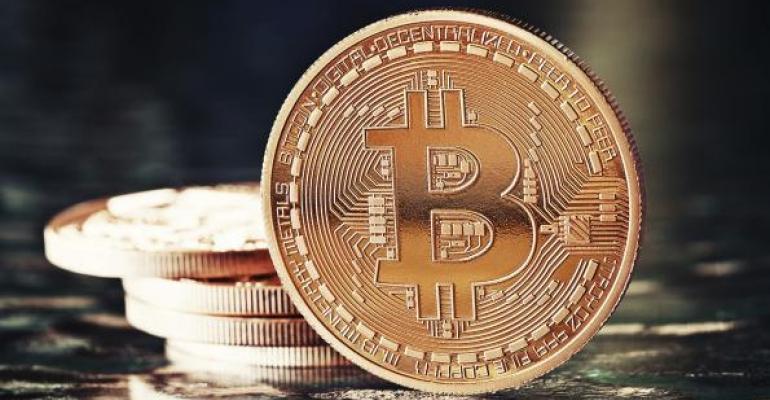 Can Bitcoin Be Regulated? U.S. Courts Are About to Decide

(Bloomberg) --The U.S. is trying to regulate cybercurrency offerings. It’s still unclear whether it has the authority to do so.

Federal judges in Brooklyn, New York, are about to rule on the question. In doing so, they could determine whether Bitcoin and other stateless currencies are securities that can be regulated like stocks or bonds. Courts across the country are likely to consult these rulings when considering other cybercurrency cases.

“If it’s not a security, then what is it?” said Peter Henning, a former SEC and Justice Department lawyer who is now a professor at Wayne State University Law School.

In what is believed to be the first criminal case focusing on an initial coin offering, Brooklyn businessman Maksim Zaslavskiy was charged in a case unsealed in November with promoting digital currencies backed by investments in real estate and diamonds that U.S. prosecutors said didn’t exist. The Securities and Exchange Commission also sued.

U.S. District Judge Raymond Dearie said he’ll allow Zaslavskiy’s lawyers in both the criminal and civil cases to challenge whether ICOs can be considered a security under U.S. law. The government has until March 19 to file its argument that cybercurrency is a security.

“If the judge makes the determination that this is not a security, he’d dismiss the criminal case,” said Mildred Whalen, Zaslavskiy’s criminal-defense lawyer. “He recognizes this is a fundamental issue in both cases. It’s all completely new territory.”

Another judge in the Brooklyn federal courthouse is being asked to rule on how cryptocurrencies and ICOs should be treated under U.S. laws.

In that case, the SEC sued last month against Dominic Lacroix, whom it called a “recidivist securities law violator.” The SEC says his Canadian company marketed an ICO called PlexCoin to investors in the U.S. and abroad without registering with U.S. authorities or disclosing past misdeeds.

Lacroix, 35, and his 26-year-old partner Sabrina Paradis-Royer used Twitter, Facebook and blogs last year to raise about $15 million from thousands of investors, the SEC said. Investors in PlexCoin were told profits would be bolstered because the firm had almost 50 “market experts” working primarily in Singapore, who’d list the virtual currency on digital asset exchanges and push secondary market trading.

In reality, the SEC says, it was a scam. Only a handful of employees worked for Lacroix in Quebec, and he concealed his involvement in the company because he has a history of committing securities fraud in Canada. An asset freeze last month was a victory for the SEC’s Cyber Unit, stopping an ICO that promised investors a 13-fold profit in less than 29 days.

U.S. District Judge Carol Amon said she will first decide if the SEC has territorial jurisdiction sue before determining whether PlexCoin was a security. Lacroix is in custody in Quebec after a contempt ruling.

Jason Gottlieb, Lacroix’s U.S. lawyer, said in a letter to the judge that he would challenge the SEC’s contention that it has authority over the matter.

“It’s the Canadians who have unique jurisdiction here, and for reasons of international comity, I don’t think we should be mucking about in their process,” Gottlieb told the judge at a Jan. 9 hearing.

The SEC’s lawyers plan to file their response to Gottlieb’s argument in May. Ryan White, a spokesman for the SEC, declined to comment on Gottlieb’s claims.

The answer to whether cybercurrencies are securities may be found in SEC v. J. Howey Co., a Supreme Court case decided seven decades ago.

The 1946 case involved a Florida orange-growing business that sold grove plots and promises of significant profits using a “service contract” that paid landowners based on the harvest’s success. After the SEC sued, Florida landowner W.J. Howey Co. argued that it was selling real estate and services and not a security, but the Supreme Court disagreed and found Howey could be held liable for violating securities laws.

“Many people quote the ‘Howey test’ as if it were a monolith cast in stone, but it’s not,” said Todd Kornfeld, a securities law specialist at Pepper Hamilton in New York. “The SEC has certainly chosen to read it a certain way, and different courts have had somewhat varying formulations.”

Then there are lessons from the earthworm investment craze of the 1970s. Investors were lured into spending millions of dollars to breed earthworms purportedly in demand by fishermen and zoos. The sellers were accused of hawking a fraudulent get-rich-quick scheme.

In a 1979 case known as Smith v. Gross, a federal appeals court concluded that an investment in a worm farm was an “investment contract” and established that the worms did, indeed, constitute a security.