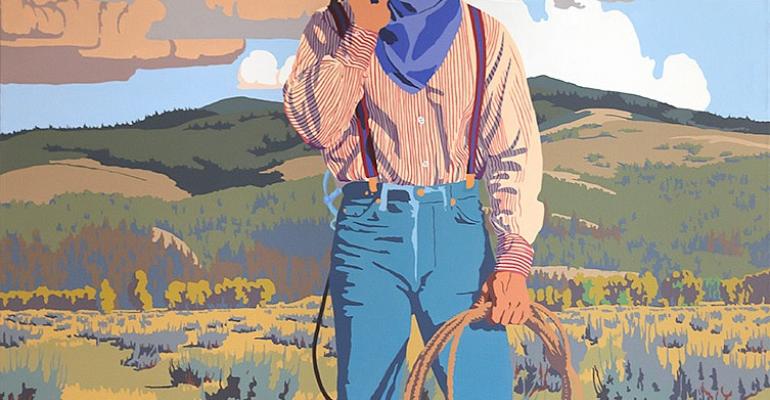 Busting the Myth of the Marlboro Man

Quitting tobacco and fossil fuels should no longer carry a wealth warning.

Shortly after the death of lifelong smoker Yul Brynner, leader of The Magnificent Seven and the perfect Marlboro Man type, his last TV interview was released as an anti-smoking warning.

Rasping and gravely ill with lung cancer, his famous bald head emerging from a black polo neck, he eyed the camera:

“Now that I’m gone I tell you, kids, whatever you do, don’t smoke”.

Yes, but you should have owned tobacco shares. Philip Morris was the sixth largest contributor to stock gains in America from 1926 to 2016: $470 billion of alpha over 90 years.

They have a lot to answer for, these tobacco giants. But not in the humanistic, moral-compass way you might assume. No, the crux today is that their huge financial success of yesteryear sustains a widely-held perception even today, especially in America, that “you can invest only in do-gooding companies if you like, but you will be giving up returns to do so. And my fiduciary duty is returns!”. It’s the financial equivalent of a cigarette pack health warning, but for your wealth.

This perception is not only out of date, but actually perverse; that the ‘return concession perception’ is as passé as high-tar smokes or oil-fired stoves.

Capitalism has moved on (it had to). Investors need no longer fear missing out because of their environmental, social and governance (ESG) credentials, quite the reverse. Philip Morris (now Altria), the world’s largest tobacco company has been underperforming the S&P 500 Composite Index for the past five years and cigarette volumes are falling four per cent a year. Vaping may slow the decline, but big tobacco is dying.

It’s a similar picture with big oil, another ‘sin stock’. Exxon which has been underperforming the S&P 500 Composite Index for even longer, more than a decade. Although a massive and profitable company, it has entered a long run-off period. Shareholders will receive some decent dividends, but it will not grow.

Back in the early days ESG investing was all about what you weren’t prepared to own. Doing good was limited to avoiding bad – not investing in the so-called sin sectors of tobacco, gambling, defence and alcohol. With the oil and tobacco giants as major contributors to the global indices of days gone by, it stood to reason that excluding them required a trade-off in investment performance.

Much better returns are now coming from the other end of the investment spectrum - companies that contribute positively to society. This is the reason why good ESG ‘impact investing’ has moved on from ‘avoiding bad’ to ‘backing good’, as these companies have a greater chance of growing and producing high returns.

Evidence is accumulating that this kind of ESG investing works. Every year since 2015, Fortune magazine has published a list of companies with the most social impact through their core business activities. The Fortune ‘Change the World’ list of 2015 has outperformed handsomely (75.7% versus 53.4% over five years). The famous Vice Fund (once called the Barrier Fund and now known as the Vitium Global Fund; Altria remains in its top ten holdings) is behind the S&P 500 over three years, five years and even 10 years.

If this type of ESG investing works, it has very serious implications for the oft-cited ‘fiduciary duty’ to focus solely on returns. It falls at the first hurdle. ESG factors do affect returns directly and indirectly. By neglecting to recognise this, and not showing how we are taking them into account when assessing an investment, are pension fund committees and investment advisers not neglecting their real fiduciary duty? Investors are supposed to be forward looking and fiduciary duty is about returns and the mix of risk and returns. The big ‘sin’ sectors in the current indices are in decline and will be extinct within 20 years. So how does wasting capital in moribund sectors square with ‘risk reducing’?

But it takes a lot to overturn a long and widely-held belief. While a 2015 US Department of Labor (DOL) bulletin softens the fiduciary duty emphasis, not all in the industry have caught up. A paper published in 2016 by the Center for Retirement Research at Boston College (CRR) notes the revised 2015 DOL guidance, which now allows for ESG factors that “directly affect the economic returns of an investment” to be incorporated in investment decisions. But the CRR paper still cautions fiduciaries against getting carried away. No doubt because the paper starts from the old assumption that ESG investing equals poorer returns, which we have shown no longer to be the case.

One day the wording will catch up. Time was called on the main exclusion companies 20 years ago, they stopped outperforming a long time ago. ESG investing has moved on to be about what you own, not what you are excluding. Those actively seeking good companies have an advantage, as these are among the companies most likely to grow and outperform. The question is not dare you fund an ESG impact strategy but whether your fiduciary duty demands that you actively consider it.

Scott Nisbet is a partner at Baillie Gifford.